George W. Bush‘s post-presidency painting career has always drawn a potent combination of ridicule and fascination, but rarely has the subject of who taught him to put brush to canvas come up, until now: Texas painter Sedrick Huckaby, who was instrumental in Bush’s instruction, has just given an interview to People in which he comments on the world leader’s artistic growth. Huckaby explained that he gave lessons to Bush in the latter’s home and also frequently shared lunch with him; the artist also included a portrait of Bush in his new show.

“There is a side to this person that people don’t know,” Huckaby told People. explaining that he and Bush first met when the latter approached him at an exhibit of Huckaby’s at Valley House Gallery. The artist was intrigued to hear that the former president cared a lot about painting and was interested in improving his own techniques. “I thought, it’s a good thing,” Huckaby continued. “No matter who the person is — if it was a Republican president, Democratic president, whatever — a president making paintings to me is a good thing. And if he’s really interested in honestly wanting to do that? I thought, well, let’s see. Let’s see what’s going on.”

Huckaby was instantly taken with Bush’s work ethic: “He was really very passionate about it, worked hard and worked all the time. He listened really well, took instructions well and he makes over a hundred paintings a year, easy.” Over the years, Bush has made self-portraiture, art that explicitly celebrates American immigrants and paintings of famous figures like athletes and CEOs. Huckaby may earnestly find Bush to be “very brave and courageous as an artist,” and in many instances, art can serve as a way of deepening or enriching the public’s relationship to a controversial figure. However, whether or not Bush deserves anything close to artistic redemption for the events of his presidency very much remains an open question. 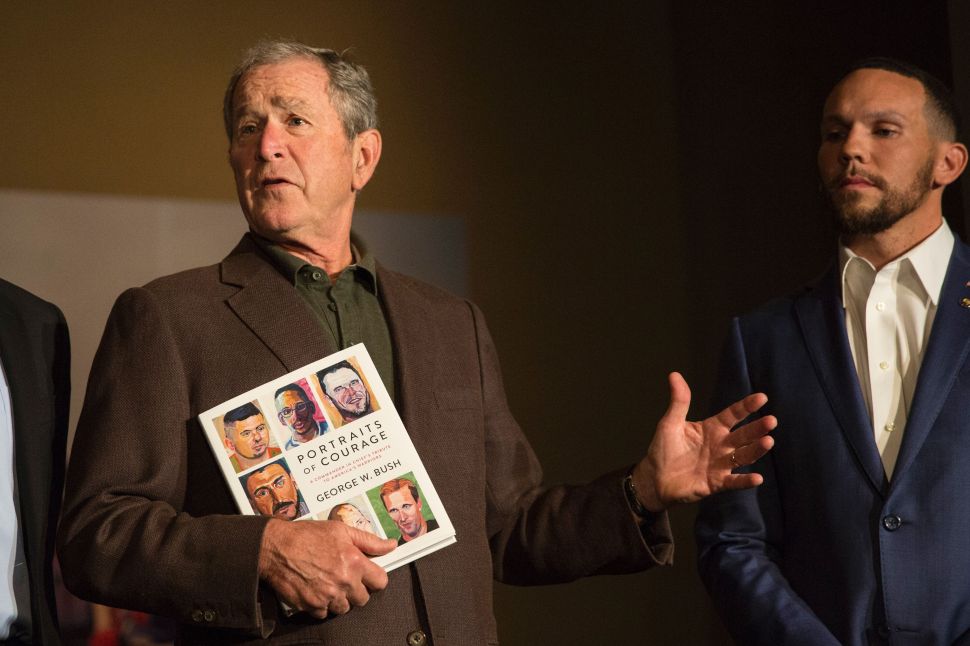