Today, the partnership announced their first gadget, JioPhone Next, which is set to hit the shelves on September 10. Designed to help the roughly 300 million Indian users who are still on 2G networks upgrade to 4G, the Next is built with an optimized version of Google’s Android OS designed specifically for the device. At a company event Thursday, Ambani called it an “ultra-affordable 4G smartphone,” though exact pricing and specs are unclear yet.

The Jio partnership is Google’s first investment under its $10 billion India Digitization Fund, set up last year with a goal to revamp the country’s digital infrastructure by funding local tech companies.

“Our vision was to bring affordable access to information for Indians in their own language, to build new products and services for India’s unique needs, and to empower businesses with technology,” Google and Alphabet CEO Sundar Pichai said in a blog post Thursday.

However, selling smartphones in India is a difficult business. Google has made multiple attempts in the past, including the $100 Android One smartphone launched in 2014 and the low-resource intensive Android Go operating system in 2017.

Most smartphones sold in India are priced at $150 or less. But that’s still not cheap enough to most Indians, whose average monthly income is less than $200, according to the latest World Bank data. Customers looking for smartphones priced under $100 or even under $50 are left with little choice, despite strong demand.

The availability of sub-$100 and sub-$50 smartphones in India has shrunk by half in recent years, per TechCrunch. And phone makers have found it quite impossible to fulfill that market void, because any smartphone priced under $50 is likely selling at cost, according to a new UBS report cited by TechCrunch.

The cost challenge is only exacerbated by COVID-19, which has done a number on the Indian economy and caused shortages of key cellphone components.

“Supply constraints are impacting almost everyone in the industry, but the impact on smaller, local players is even more, as they are not really the top priority for the component makers,” Kiranjeet Kaur, an analyst at the research firm IDC, told CNN.

“It’s been devastating to see the country hit so hard by COVID-19. Yet it’s heartening to see how Reliance [parent company of Jio] has stepped up to contribute to the national response and get support to the communities that need it most,” Pichai said in his statement. “On behalf of all of us at Google: We hope you are taking care and we are wishing for better days ahead.” 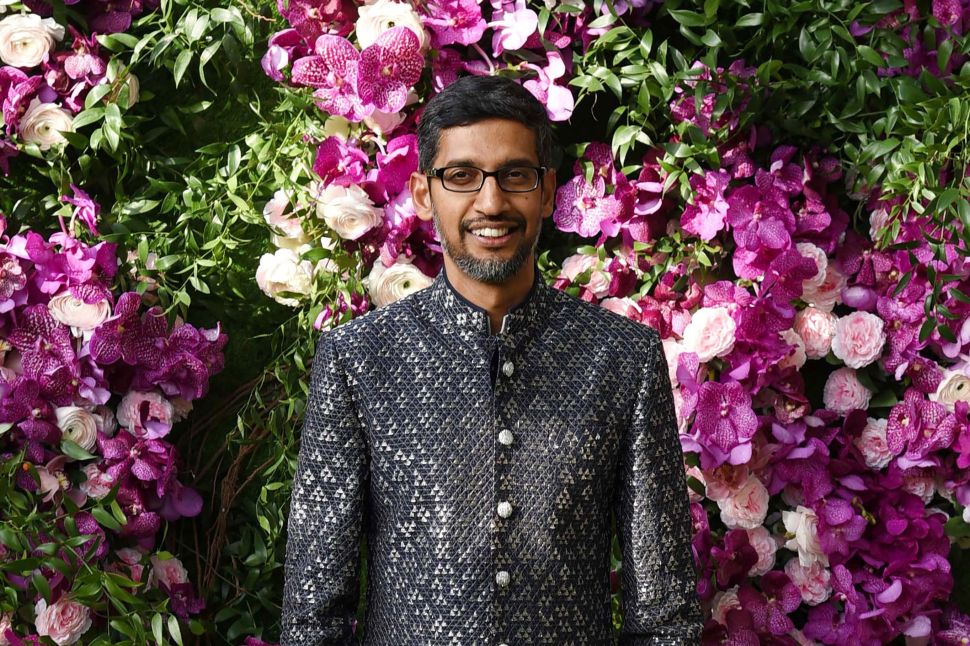