The Wizarding World franchise, which includes all eight Harry Potter movies and however many Fantastic Beasts films end up being made, is one of the most successful film franchises in Hollywood history. Across 10 existing movies, the series has earned more than $9 billion at the global box office. To quote the legendary Ron Burgundy, that’s kind of a big deal. But despite the track record of moneymaking prowess, uncertainty looms large over J.K. Rowling’s fictional world.

Not only is the author fond of sabotaging her own brand with anti-trans rhetoric, but the Fantastic Beasts franchise looks to be Hollywood’s latest high-profile, big budget sunk cost. What was initially planned as a five-film series may end on the upcoming third installment after entry No. 2 was met with widespread panning and a disappointing box office return. It’s not that audiences aren’t enamored with the Wizarding World; it’s just that this particular story hasn’t enchanted viewers quite as forcefully as its predecessors.

With AT&T spinning off WarnerMedia to join Discovery Inc. in a newly formed entertainment media giant, the newly minted Warner Bros. Discovery, the company that has undergone endless upheaval over the last several years could use a safe, low risk-high upside, dependable victory. Enter the obvious solution many have already pointed out: Harry Potter and the Cursed Child.

In a recent interview with People, actor Tom Felton expressed immediate enthusiasm when asked if he’d like to return to the Harry Potter world once more. “If you’re asking me will I dye my hair blonde again to be Draco, abso-bloody-lutely. Either [him or Lucius]. I’ll play Draco’s kid if you really want! Any chance to be a Malfoy again would be greatly accepted,” he told the outlet.

The Broadway stage play is a fanciful continuation of the series, set 19 years after The Deathly Hallows, that has already proven itself to be a financial success. The story would reunite the original cast of characters (Harry, Hermione, Ron, Draco, Voldemort, etc.) as their children attend Hogwarts. It’s a bit of a wonky time travel adventure, but the marketing hook would be irresistible to millennials who grew up on the books and movies.

Legacy sequels, which generally pick up the continuity of the original work but take place further along the timeline, have become all the rage in Hollywood as studios recycle and repackage familiar brands and concepts. Harry Potter and the Cursed Child is the financially logical next step for this approach, particularly as the studio undergoes yet another tumultuous reshuffling.

Again, this idea is neither new nor groundbreaking. It’s been discussed ad infinitum ever since the play debuted in 2016. It’s not clear if fellow stars Daniel Radcliffe, Emma Watson and Rupert Grint would even be on board with returning, and WarnerMedia is reportedly having exploratory early talks about a Wizarding World TV series for HBO Max. But just because the idea is obvious doesn’t make it any less true. If studios are insistent on milking their own IP for all it’s worth, well, here’s a golden opportunity.

At a time when it’s uncertain if or when we might see another $1 billion blockbuster, Harry Potter and the Cursed Child is about as close to a sure thing as Hollywood might get. 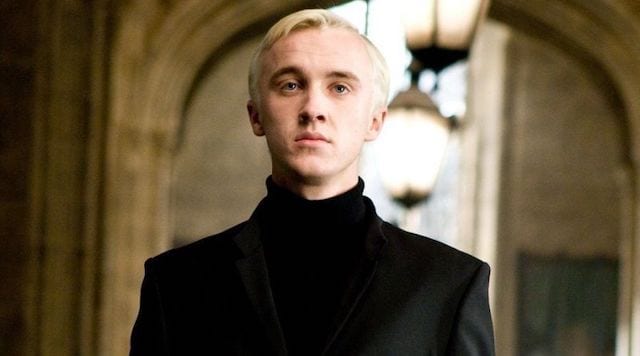