Holler, the debut film from writer-director Nicole Riegel, breathes life into its scrappy characters using scrappy tools and aesthetics. Based on Riegel’s 2016 short of the same name, the feature follows high schooler Ruth Avery (Jessica Barden) and her older brother Blaze (Gus Halper), scavengers trying to make ends meet in a small Ohio factory town suffering severe economic downturn. The opening scene finds Ruth absconding with a neighbor’s trash, with Blaze as her getaway driver in their old red pickup truck. It’s all very small and simple, but as the camera rushes to keep up with Ruth, and the rustling of the garbage bags falls in sync with the score, it begins to feel like the heist of the century.

In the dead of winter, the siblings sell discarded cans to a local junkyard run by Hark (Austin Amelio), a scraggly self-starter who’s been forced to lower his price. With the Averys’ already shut off, eviction notices piling up and their addict mother drying out in jail instead of rehab, they’re given little choice but to join Hark’s inner circle, an illegal scrap metal breakdown outfit that strips wire and other fittings from abandoned buildings by night, and re-sells them to overseas clients by day.

For Ruth, whose ability to pay for college hangs in the balance, Hark’s crew may be her only way out — if she even wants to leave.

Two key things stick out about Ruth from the moment she’s introduced. The first is her bright red woolen hat, which feels like a vital part of her persona, and which she wears for most of the runtime. Combined with her bright red school bag, she can’t help but stand out amongst the faded red hues of her brother’s pickup and the surrounding buildings, as if she’s destined for something more hopeful than what’s around her. The second thing is her worn-down look — a subdued, tired expression which Barden carries over from her stellar work on The End of the F***ing World. She’s a teenager already at the end of her rope, forced to grow up too quickly by her addict mother, Rhonda (Pamela Adlon in a small but effective role), and by a world where even kindness feels fraught, and trapped in a perpetual tug of war with survival and self-sufficiency. Hark, for instance, veers between ally and adversary as the film goes on. Rhonda’s former co-worker Linda (Becky Ann Baker) tries her best to look out for the Avery kids, but her food-packaging assembly line job is in constant danger, so she has to look out for herself and her people too. Everyone tries their best, even as the invisible hand of corporate capitalism tightens its grip.

The distinct red of Ruth’s hat is also part of a unique visual tapestry. Like Chloé Zhao’s Nomadland — a film whose visual compositions reflect the paintings of Norman Rockwell — Holler is a quintessentially American film about the American working class and the feelings of abandonment that have run rampant since the 2008 recession. The film doesn’t spend much time on the wider world of politics, but it features a handful of news broadcasts and oblique mentions of then-President Trump’s failure to bring jobs back to rural towns. (The film had its festival premiere in fall 2020.) However, while these brief mentions help establish the economic backdrop, the rest of the film features far more subtle visual reminders of dashed American dreams. White snow and grey skies obscure any sense of horizon or escape, while the color timing paints the town in hues of cold, unforgiving blue. This dull and frigid palette carries over to the costumes and other design choices, so that for most of the daylight scenes, the frame is littered with red, white and blue — much of it washed out, like once-lofty promises which have long since faded.

Riegel and cinematographer Dustin Lane shot Holler on Super 16. Its digital release makes no effort to conceal the flaws and scratches in the 16mm film print, and the movie is better for it.

Every frame feels textured and tangible. Shots of frozen scrap metal being sawed apart feel alive, and the sparks which briefly consume the foreground feel like rare moments of warmth and possibility invading the picture’s cold, dark fabric. The camera doesn’t romanticize this work. In fact, it captures the scars and injuries that come with it, but it also captures what diligently stripping apart this metal represents for Ruth and her future. It’s a glowing, ephemeral second chance, in a town where second chances are hard to come by.

Where the cinematography shines most, however, is in low-light scenes like that of Ruth, Blaze, Hark and their crew scavenging empty buildings at night, assisted only by flashlight. Super 16 film captures a wide range of visual contrast, which the filmmakers take full advantage of in their use of light and shadow. They create a haunting tapestry rife with silhouettes shaped by car headlamps, a look which grows all the more intense when an equally desperate rival scrap crew comes into play, and composer Gene Beck’s score begins to echo like clanging metal.

Even in scenes which present no immediate danger, the frame always speaks to Ruth’s story. While her fellow crew members look down and search for wiring along the floor, Ruth’s aptitude and potential are reflected in POV shots of her gazing up at wires along the ceiling, as she considers and contemplates. She’s not a genius by any stretch, but there’s a constant, looming sense that she’s much more capable than her co-workers, and is being robbed of opportunity by the world around her. When Ruth sits still and reflects on her encroaching circumstances, the frame’s suffocating shadows are pierced only by distant light sources reflected in her eyes — and in one scene in particular, reflecting off the dried tears on her cheek. The film’s rough physical fabric may be grounded in jagged, twisted metal, but it has an ethereal tenderness whenever Riegel captures Ruth in isolation, and the camera pierces her wry, sarcastic demeanor to reveal her vulnerabilities.

The story is by no means devoid of joy, and of little victories; a roller rink in particular provides necessary respite. However, when the characters aren’t being crushed by circumstance, editor Kate Hickey holds on them long enough to unearth subtle jealousies and brewing conflicts which they can’t fully express in words. For instance, hints of romance between the teenage Ruth and the much older Hark are first captured through Blaze’s disapproving glances. These and other tensions eventually boil to the surface in the form of flying tempers, and fleeting moments of aggression that feel more dangerous than a million CGI explosions. American cinema is no stranger to poverty porn, but Holler’s authenticity emanates not only from its physical details, but from the way it rounds out each character’s humanity — their virtues and vices, their dreams and anxieties — and each character’s intellectual outlook, from how they feel about their oppressive environment, to what they imagine lies beyond its borders.

A film that feels immersed in fog, and one that reserves even sunlight for vital moments, Holler is a gorgeously-textured exploration of the way ruthless corporatism trickles down through each layer of a country, and a system, until it falls on the shoulders of a young girl and obscures her future. Jessica Barden pens sonnets with her silence, walking a difficult line between youth and the burdens of adulthood, in a performance that brims with painful awareness of Ruth’s place in the world. It’s a coming-of-age story robbed of frolic and innocence, which are swapped out for the vicious pitfalls of an American crime saga — two worlds that ought not meet, and two worlds the film attempts to untangle one quiet beat at a time.

Holler is available on demand. 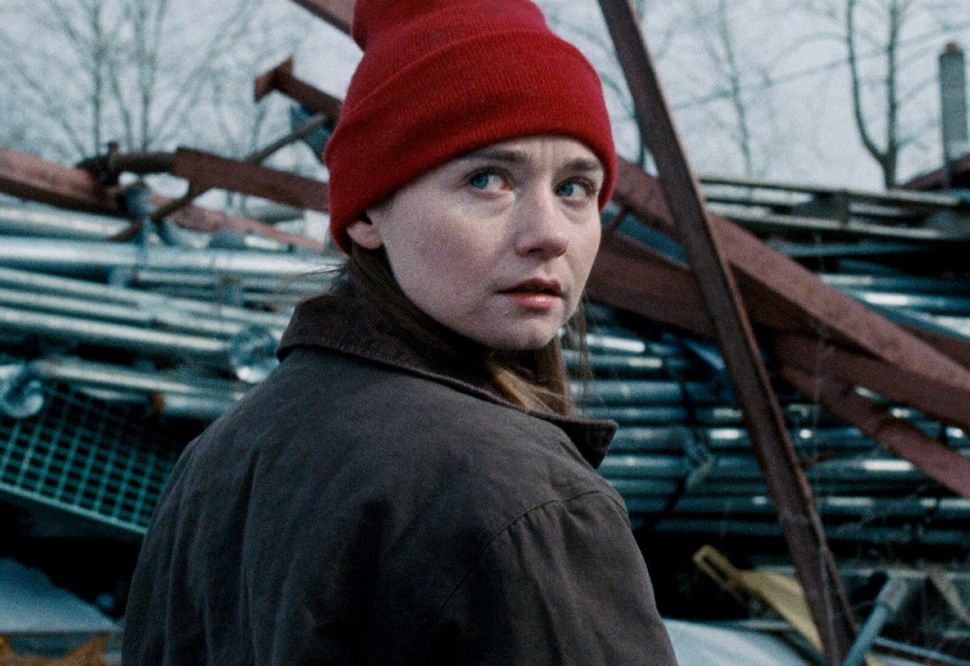