The world’s richest man Jeff Bezos is going to space next month aboard a rocket made by his private space company, Blue Origin. And a group of internet trolls is trying to make his upcoming spaceflight a one-way trip.

A petition, launched on Change.org a week ago, is seeking to block Blue Origin’s re-entry to Earth following Bezos’s flight. The campaign has collected over 10,100 signatures at press time. It will be featured as the platform’s top trending petitions once it has received 15,000 signatures.

“Jeff Bezos is actually Lex Luthor, disguised as the supposed owner of a super successful online retail store. However, he’s actually an evil overlord hellbent on global domination,” wrote the petition’s organizer, Jose Ortiz. “It’s the only way they’ll allow him to leave the atmosphere. Meanwhile, our government stands by and lets it happen.”

A similar petition titled “Do not allow Jeff Bezos to return to Earth,” also started a week ago, has received nearly 9,000 signatures. “Billionaires should not exist…on earth, or in space, but should they decide the latter they should stay there,” wrote the petition’s organizer, Ric G.

Bezos announced on social media last week he was headed to space as Blue Origin’s first passenger for a short suborbital ride on a New Shepard booster-capsule combo. “Ever since I was five years old, I’ve dreamed of traveling to space,” he said on his Instagram. “If you see the earth from space, it changes you. It changes your relationship with this planet, with humanity. It’s one earth.”

The New Shepard rocket has completed 15 successful flights but never been flown with a passenger on board.

Bezos will be flying on July 20 along with his younger brother, Mark Bezos, one auction winner who recently bought a seat on the flight for $28 million, and an unnamed fourth crew member. The team will soar to an altitude of about 62 miles, which divides Earth’s atmosphere and outer space.

Blue Origin said the proceeds from the auction will be donated to the company’s foundation, Club for the Future, to inspire future generations to pursue careers in STEM and to help “invent the future of life in space.” 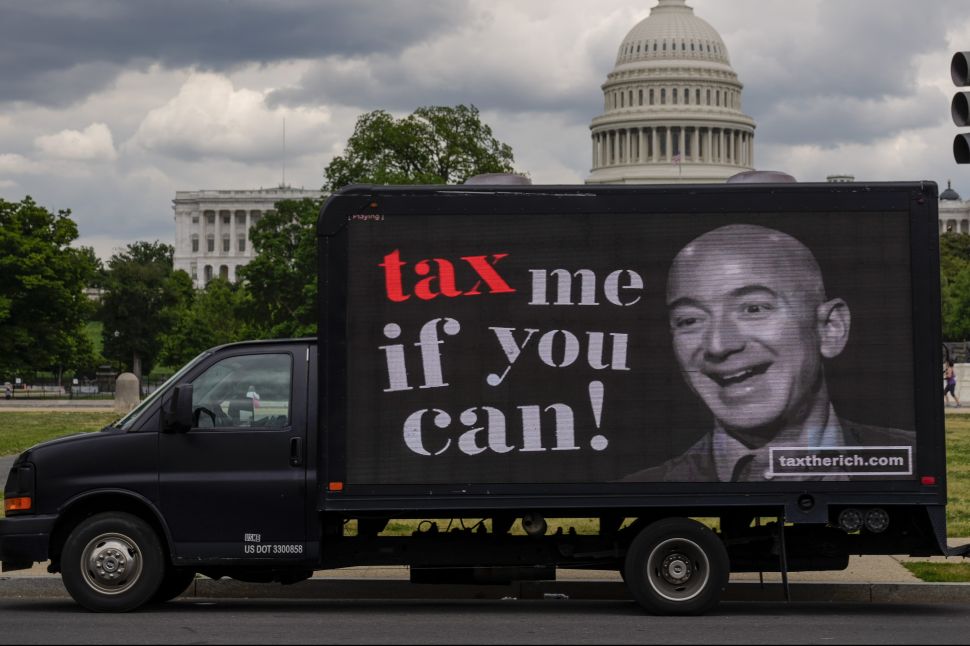