MacKenzie Scott became the world’s richest woman in 2019 overnight after she walked away from her 25-year-marriage with Jeff Bezos with $36 billion worth of Amazon stock. Her fortune has grown significantly since then, thanks to Amazon’s rising share price. So has her pace of charitable giving. On Tuesday Scott announced that she and her new husband, Dan Jewett, have donated $2.7 billion to 286 nonprofit organizations.

It’s the third round of no-strings-attached major giveaways in Scott’s name since July 2020. In the past 12 months, she has donated a total of $8.5 billion to 786 organizations.

Scott said in a Medium blog post that she and Jewett “are all attempting to give away a fortune that was enabled by systems in need of change.”

“In this effort, we are governed by a humbling belief that it would be better if disproportionate wealth were not concentrated in a small number of hands, and that the solutions are best designed and implemented by others,” she wrote.

The organizations chosen for the latest round of gifts included historically Black universities, arts and cultural institutions, minority-focused ethnic and religious nonprofits, and organizations focused on supporting community engagement.

Scott explained that these organizations “have been historically underfunded and overlooked. These are people who have spent years successfully advancing humanitarian aims, often without knowing whether there will be any money in their bank accounts in two months.”

Her announcement didn’t detail how much money each organization has received. Based on simple math, the $2.7 billion gift is sufficient to provide an average of about $10 million to each organization.

You can see the complete list of 286 organizations on Scott’s Medium page.

After that, she hired a team of advisors to help “accelerate” her 2020 giving “through immediate support to people suffering the economic effects of the crisis,” she wrote in a blog post. And in December, Scott donated another $4.12 billion to 384 organization.

Scott was named the second highest donor of 2020 by the Chronicle of Philanthropy, trailing her ex-husband Bezos, who topped the list with a $10 billion gift to the Bezos Earth Fund, a fund set up to tackle global climate change.

Scott’s net worth currently stands at $59.8 billion, according to Bloomberg. 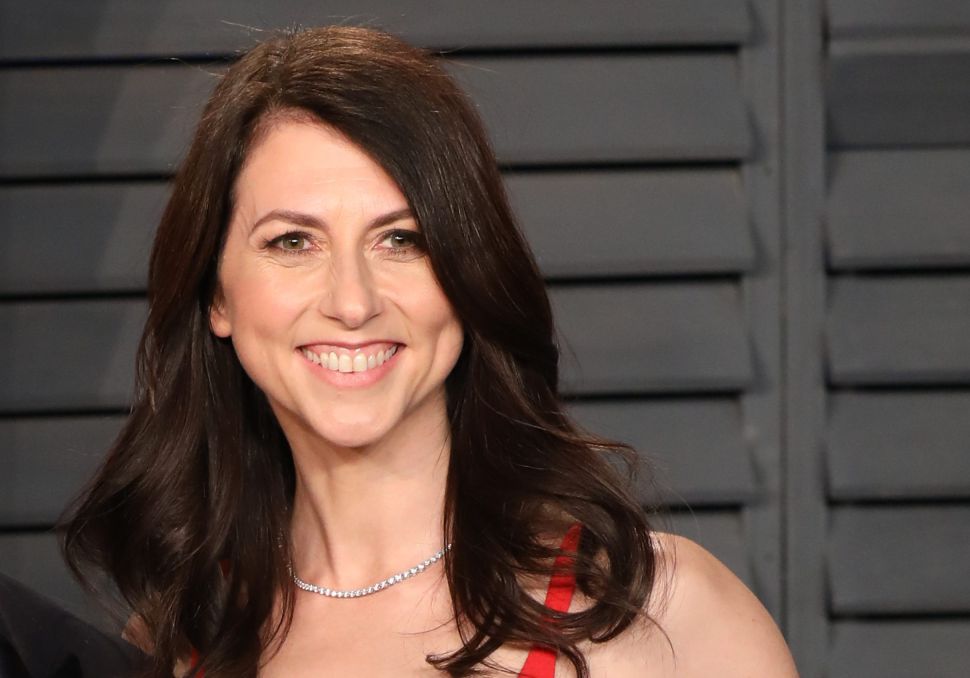