Jeff Bezos will be going to space next month on the first crewed flight of his space company, Blue Origin. The world’s richest man will fly to the edge of Earth’s atmosphere along with his younger brother, Mark Bezos, in a New Shepard capsule-booster combo.

“Ever since I was five years old, I’ve dreamed of traveling to space,” Bezos, 57, said in an Instagram post Monday morning. “On July 20th, I will take that journey with my brother. The greatest adventure, with my best friend.”

The announcement caught the internet by surprise because Blue Origin’s New Shepard has never been tested with passengers on board. The booster and crew capsule successfully completed a test flight in April, soaring to 350,000 feet (106 kilometers) above Earth and then soft landed in the desert of west Texas with the help of three giant parachutes. Blue Origin said the test marked a “verification step” toward actually flying people.

Soon after, the space company announced that it would begin selling flight tickets and launched a month-long auction for one of the seats on July’s maiden flight. The auction is open till June 12. The bidding had reached $2.8 million as of Monday morning.

Bezos has planned the trip for two weeks after his resignation from Amazon. He’s set to step down as the tech giant’s CEO on July 5 and be replaced by Andy Jassy, current chief of Amazon Web Services (AWS). Bezos will transition to the role of executive chairman in the third quarter.

If all goes according to the plan, Bezos will be the first billionaire space entrepreneur to ride on his own company’s spaceship. His primary rivals, Virgin Galactic’s Richard Branson and SpaceX’s Elon Musk, have both announced intentions to go to space. Branson, whose Virgin Galactic provides suborbital flights very similar to that of Blue Origin, has said he will be a passenger on Virgin’s first commercial flight. Musk has teased a much more ambitious plan to fly to Mars after he retires. 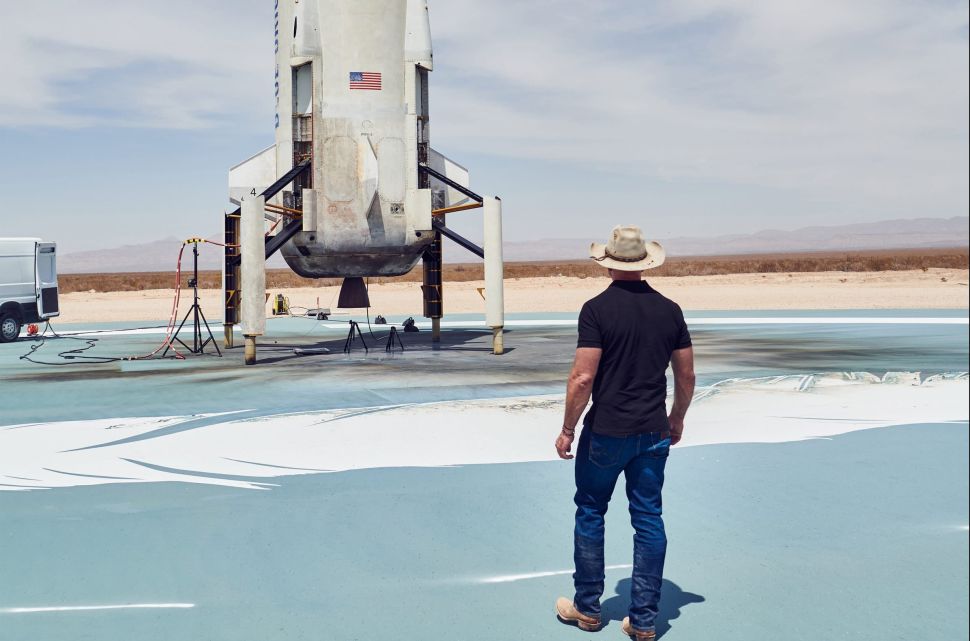