No one is quite sure what to make of James Gunn’s The Suicide Squad, which is galavanting into theaters and HBO Max amid a hail of gunfire and explosions in August. The R-rated super villain extravaganza follows 2016’s PG-13 Suicide Squad, which made oodles of money at the box office yet satisfied neither critics nor die-hard comic book audiences. Some characters from that profitable misfire, such as Margot Robbie’s Harley Quinn and Joel Kinnaman’s Rick Flag, are returning in The Suicide Squad. Other cast members, such as Idris Elba’s Bloodsport and Sylvester Stallone’s King Shark, are making their live-action debuts.

So, is The Suicide Squad a direct sequel, a soft reboot, or something else entirely? We asked John Cena, who co-stars as Peacemaker.

DC fans should expect the unexpected as well as a mix of new and familiar elements in Gunn’s turn running the show. Along the way, there’s sure to be surprises based on Cena’s comments (over/under King Shark eats 3.5 people in this movie?).

Clearly, the filmmaker enjoyed playing in this particular sandbox as he also created an eight-episode HBO Max spinoff centered around Cena’s Peacemaker, which will debut in January 2022. (The studio formally known as WarmerMedia is all about franchising its biggest IPs at the moment.) But can we expect Peacemaker to connect to the greater DC Extended Universe after the character first appears in The Suicide Squad?

“That’s a pretty wide, wide net. I know people who are way up on the executive branch are probably looking for synergy and growth of brand and all that,” Cena said. “We’re almost through filming, we almost have everything in the can. It’s really fun. You may think I’m front and center, but we have an all-star cast and everyone slays. I think it’s going to go do good for how people view elements of the DC Universe. Whether it continues to weave the web and further the DC Universe, that’s up to you guys. But I think it’ll be an awesome, awesome journey.”

Of course, Cena remained tight lipped when asked what sort of inspiration Peacemaker is drawing from and what fans have to look forward to. The code of silence surrounding blockbuster superhero productions remains unbroken. But he’s excited for these new iterations to be released upon the world nonetheless.

“Fans also in the WWE always try to pry for moments and they try to anticipate excitement,” he said. “Where’s the fun in that? I really don’t see any. If you like The Suicide Squad, and I really think a lot of people will feel a certain way about the movie, then then chances are, you’re going to enjoy Peacemaker. I think that’s the best thing that I could say. So I’m really looking forward to the world’s response to The Suicide Squad. And hopefully we go from there.”

The Suicide Squad will be available in theaters and on HBO Max August 6. 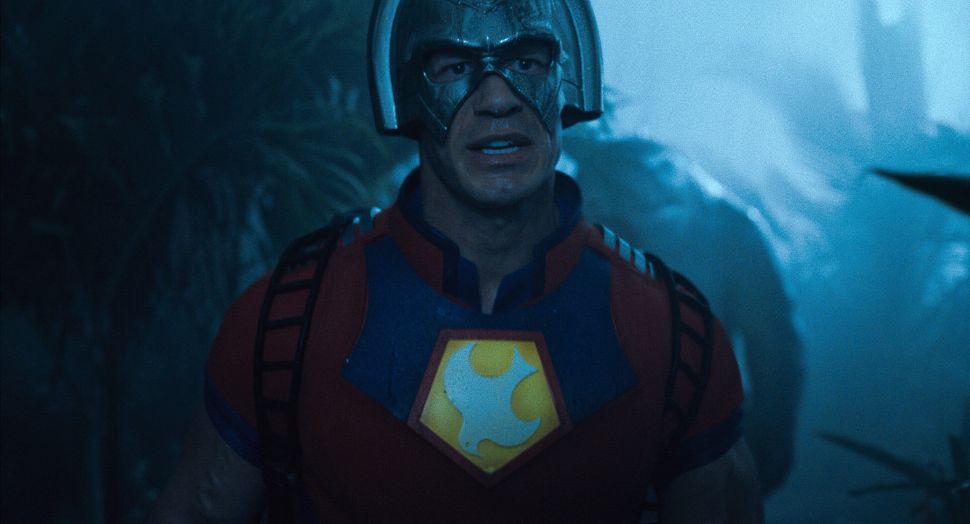