On Thursday, Prince William and Prince Harry will reunite at the unveiling of a statue they commissioned in honor of their late mother, Princess Diana. Ahead of the event, Prince Harry made the solo trip from California to the U.K. last week, and has been following COVID-19 protocols and isolating at Frogmore Cottage. Meghan Markle, who gave birth to the couple’s second child earlier this month, stayed in Montecito with baby Lili and Archie.

While there were reports that Kate Middleton would join the brothers to attend the ceremony at the Sunken Garden at Kensington Palace, the Duchess of Cambridge is no longer expected to appear at the unveiling.

Duchess Kate’s absence is due to COVID-19 restrictions, as per the Mirror, the event originally had a 100-person guest list, but had to be cut down in order to follow pandemic guidelines.

Last week, a Kensington Palace spokesperson released a statement which said, “Prince William and Prince Harry will attend a small event to mark the unveiling of a statue they commissioned of their mother, Diana, Princess of Wales, in the Sunken Garden at Kensington Palace on Thursday 1st July.”

There was no mention of Kate’s attendance at the ceremony, though the release did say that Princess Diana’s close family, as well as “members of the statue committee, the sculptor Ian Rank-Broadley, and garden designer, Pip Morrison, will also be present.”

Prince William and Prince Harry first announced the commissioned the statue in honor of their late mother back in 2017. Last year, they revealed that the statue would be installed in the Sunken Garden at Kensington Palace on July 1, 2021, which would have been Princess Diana’s 60th birthday.

The Duke of Cambridge and the Duke of Sussex haven’t been on the best of terms over the past several months, but they reportedly put aside their differences to work together on the statue, and signed off on the final design earlier this year. They’re making separate speeches at the ceremony, and it’s likely they might not even see each other until the day of, since Prince Harry is still isolating at Windsor. Duchess Kate has been a “bridge” between the brothers, and was expected to help ease the tension by attending the unveiling with the two.

Even though Kate is no longer likely to join Prince William and Prince Harry at the official unveiling, she’ll still get to see the special statue with her husband. Prince William is reportedly planning on taking Kate as well as Prince George, Princess Charlotte and Prince Louis to experience the statue before it is revealed to the rest of the world this week. 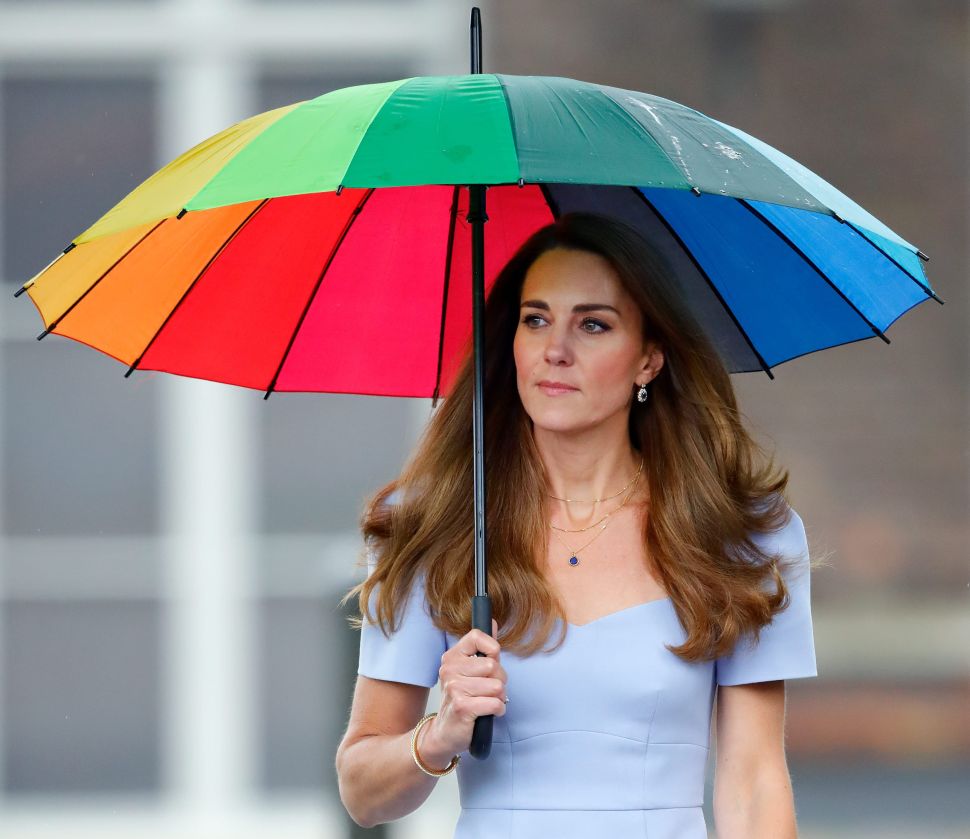