In just two days, the statue Prince William and Prince Harry commissioned in honor of Princess Diana will be unveiled in the Sunken Garden at Kensington Palace. The July 1 event was initially expected to include over 100 guests, but due to the coronavirus pandemic, the attendee list was substantially slimmed down.

Prince William and Prince Harry, who haven’t entirely healed their rift just yet and haven’t seen each other in person since Prince Philip’s funeral in April, will reunite at the installation. While Kate Middleton had originally planned on joining her husband and brother-in-law at the important event, she’s now unable to attend due to COVID-19 guidelines.

Even though Duchess Kate, who has reportedly been acting as a peacemaker between the brothers, won’t be at the statue unveiling, she’s still doing her best to bring everyone back together.

While many of the royals are still upset over Prince Harry and Meghan Markle’s interview with Oprah Winfrey, the Duchess of Cambridge apparently hasn’t said too much about it. Despite being specifically brought up in the when Meghan said there was an incident where Kate made her cry, the Duchess of Cambridge hasn’t been stewing over the allegations. Kate is not “not really the type to get het up about these sorts of things,” per the Telegraph. Instead, she’s “just trying to help to bring the family back together and alleviate her husband’s stress and sadness.”

Duchess Kate, who has always been close with her brother-in-law, is still trying to broker peace between Prince William and Prince Harry. At Prince Philip’s funeral, the Duchess of Cambridge reportedly helped ease the tension between the Duke of Cambridge and the Duke of Sussex, and has continued to be a “bridge” between the two. Prince Harry even texted Kate, not Prince William, after baby Lili’s birth.

Despite all this, there’s apparently another reason why Duchess Kate won’t be at the statue unveiling. According to The Telegraph, Prince William wanted his wife there, but there were “concerns that Harry might feel ‘outflanked’ by the Cambridges” if the couple was there together, since Prince Harry traveled to the U.K. without Duchess Meghan, who gave birth less than a month ago and is staying in California with the Sussexes’ two children.

Even though Kate won’t be at the official unveiling, perhaps she’ll still be able to at least temporarily ease things over between the brothers from afar. And despite Duchess Kate’s absence, Prince William and Prince Harry are still determined for the event to run smoothly, as they’ve reportedly come to a truce ahead of the ceremony, in order to avoid any distractions from the occasion. 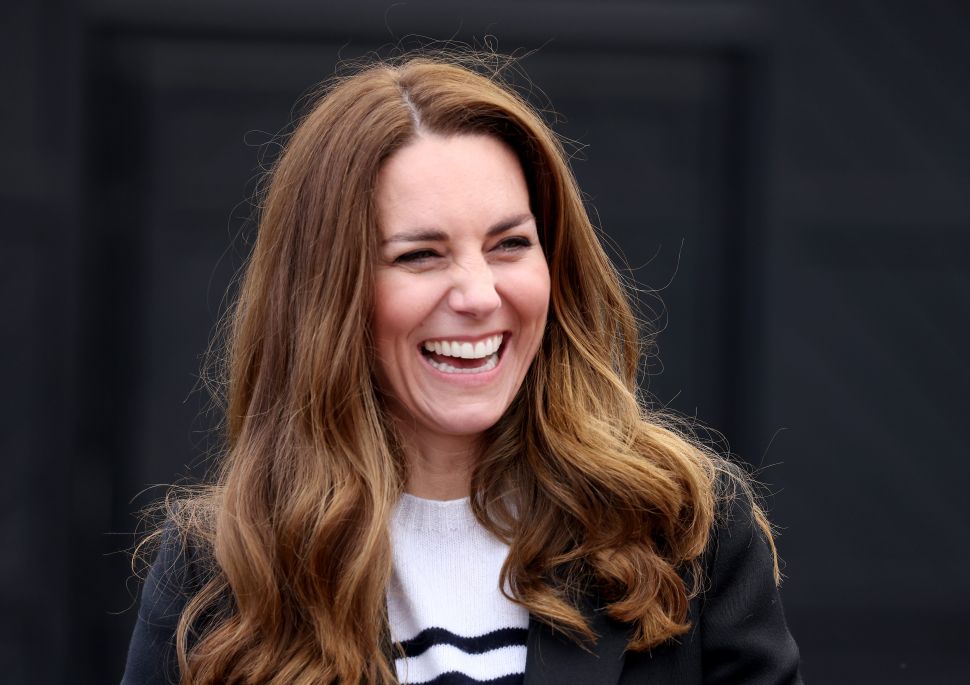