After more than a decade on the air, Kim Kardashian announced last year via Instagram that her and her family’s iconic title show, Keeping Up With the Kardashians, will be ending after a total of 20 seasons. “Our last season will air early next year in 2021” she said at the time. With the last two-part episode “The Final Curtain” set to air June 17 and June 24, we’re about to say goodbye to one of the 21st century’s ultimate guilty-pleasure binges.

Perhaps their monumental success can be attributed to the countless priceless moments they’ve shown us throughout the years. Whether it be Oscar-winning petty drama, or simply events that left the entire internet confused, the Kardashians always offered viewers takeaways to consider. We’ve compiled a list of highlights here, complete with the lessons each has taught us.

What happened: In one of the first episodes of Season One, “mom-ager” Kris Jenner gave Kim Kardashian with encouragement while she was modeling for Playboy. In addition to the actual photographer, Kris was recording her own footage on her cell phone. “You’re doing amazing, sweetie,” became a Kris catchphrase, to the point where she wants to trademark it.

What we learned: A little reassurance can go  a long way. Kris’ words became fuel for inspiration for millions of viewers everywhere. And always show up with a fully charged phone.

What happened: Kim and Khloe had what might be one of their most memorable sister squabbles after Kim bought a Bentley. In a spat of jealousy, Khloe complained behind her back, however Kim overheard and hit Khloe with her handbag out of retaliation.

What we learned: This is a classic example of talking about someone, and then they show up and it turns out they heard everything. This can be avoided simply by addressing problems directly, unless you’d prefer to be hit with a handbag.

What happened: After being the subject of quite a bit of family jokes on vacation, Kim retaliated by throwing Kris’ cell phone off the balcony in the house they were staying in. When asked why she did this, she responded simply with “It’s what she deserves.”

What we learned: In this moment, Kim Kardashian became Kim Kardashian. We speak for everyone when we say that the delivery of this line, along with the smirk afterwards, is one of the most unsettling displays of karma ever witnessed. What goes around comes around.

4. “Kim, stop taking pictures of yourself. Your sister’s going to jail.”

What happened: In Season 3, Khloe unfortunately faced 30 days in prison due to a probation violation. On the way there, the sisters and their mother documented the experience with a lot of photos. Once Kim began solely taking selfies, however, Kris had to draw the line.

What we learned: There’s a time and place for everything, and understanding social situations is important. Read the room, Kim!

What happened: Episode 12 of Season 6 offered one of the more dramatic moments in the whole series. After playfully being thrown into the ocean while on vacation, Kim realized she lost one of her $75,000 diamond earrings, which resulted in one of the most internet-popular meltdowns in history.

What we learned: Simply put, don’t wear $75,000 jewelry if there’s a chance you could be thrown in the ocean. This scene also gave viewers a great opportunity to reflect on the really important issues. As Kris herself responded to Kim’s tears: “Kim, there’s people that are dying.”

What happened: While on vacation in the Dominican Republic, Kris fell victim to a food allergy that caused her lips and face to swell overnight. Imagine her frustration when she had to convince her family that the swelling was not due to botched lip fillers.

What we learned: Medical experts recommended that TV personalities learn which foods they’re allergic to before appearing on camera. This could save you from lots of questions about your plastic surgeon.

What happened: During a Season 10 argument with Scott Disick, Kourtney Kardashian decided to respond to him by saying “ABCDEFG.” She then explained that this is her go-to saying for when she decides the conversation is over. “You’ve never heard that before?” she quipped.

What we learned: If you ever find yourself in an undesirable situation, reciting the first seven letters of the alphabet might feasibly suffice. Returning to kindergarten-level communication, as it turns out, is one of the most effective ways to encourage someone to quit while they’re ahead.

What happened: In one of the deleted scenes of Season 11, Kris surprises Kylie Jenner with a little piglet to play with. When coming down the stairs to see it, Kylie asks if her mother is holding a chicken.

What we learned: Sometimes, it is better to take time to properly assess a situation before making a big exclamation. The decision to do so could save you from quite a bit of internet embarrassment (unfortunately, Kylie was the subject of many memes for quite a while following this incident).

What happened: Season 15 of KUWTK kicked off in chaos, with a dispute between Kim and Kourtney regarding Kourtney’s schedule conflicts for a photo shoot. After agreeing that Kourtney simply wouldn’t be a part of it, Kim made sure to note to her family that it wouldn’t be a big deal, because “You’re the least exciting to look at.”

What we learned: In seven words, we learned Kim’s assessment of a person may be more reliant on their physical appearance than we previously thought. We also learned that adding more chaos to an already fraught situation is playing with fire.

What happened: In a popular exchange that left the internet confused for weeks, Kendall Jenner replied to her mother’s compliment about her jeans by saying “You’re cute jeans.” In a moment of puzzlement, Kris asked “those are mine?” sparking a considerably long internet conversation about grammar, and, more importantly, why Kendall responded that way at all.

What we learned: English can be notoriously complex and full of quirks, and not all of us are operating on the same vernacular wavelength all the time. If you want to be understood, it’s better not to use words that have different variations in sentences that already don’t make much sense. Had Kendall just said “Thank you,” a lot of dispute could have been avoided. 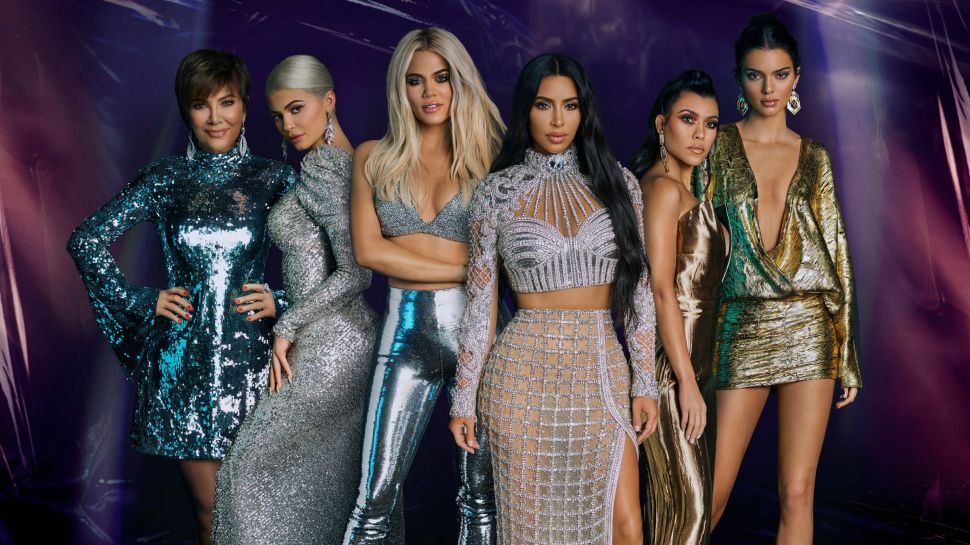