If you’re looking for a Los Angeles home with a celeb pedigree, then there’s a three-story West Hollywood abode that you’ll definitely want to check out, as Kendall Jenner’s former six-bedroom, 4.5-bathroom home is back on the market.

Jenner purchased the 4,800-square-foot Sunset Strip perch for $6.5 million back in 2016, from none other than Emily Blunt and John Krasinski. The Keeping Up with the Kardashians reality personality didn’t have the best luck with the house, though, as she was reportedly the victim of both stalking and break-in incidents at the Los Angeles property, and promptly sold the home for $6.85 million after just over a year of ownership.

According to Variety, the buyers were Victoria Jackson and Bill Guthy. After four years, it seems they’re already prepared to move on, though, as the property is now listed for $8.5 million.

The contemporary home is situated behind gates at the end of a long driveway, and features high ceilings throughout. The step-down living room contains a double-sided white brick-encased staircase, as well as a floor-to-ceiling wall of glass that leads to the backyard.

The owner’s suite is fitted with a walk-in closet complete with a marble-topped center island, as well as a bathroom with marble countertops and a glass-enclosed shower.

One of the guest bedrooms has been converted into a recording studio, while another is currently in use as an at-home gym. There’s also a movie theater downstairs.

There’s a pool and various lounging areas in the backyard, and there’s also a roof deck, which is set up with dining and seating areas.

Even though Jenner didn’t have the easiest time with this particular home, it seems there haven’t been any issues since she left. The model has had much better luck with the Beverly Hills home she moved to after selling this Sunset Strip pad; in 2017, Jenner paid Charlie Sheen $8.55 million for a 6,625-square-foot mansion in the gated Mulholland Estates enclave. Jenner subsequently completed a major renovation on the home, which she then showed off in the requisite Architectural Digest spread. 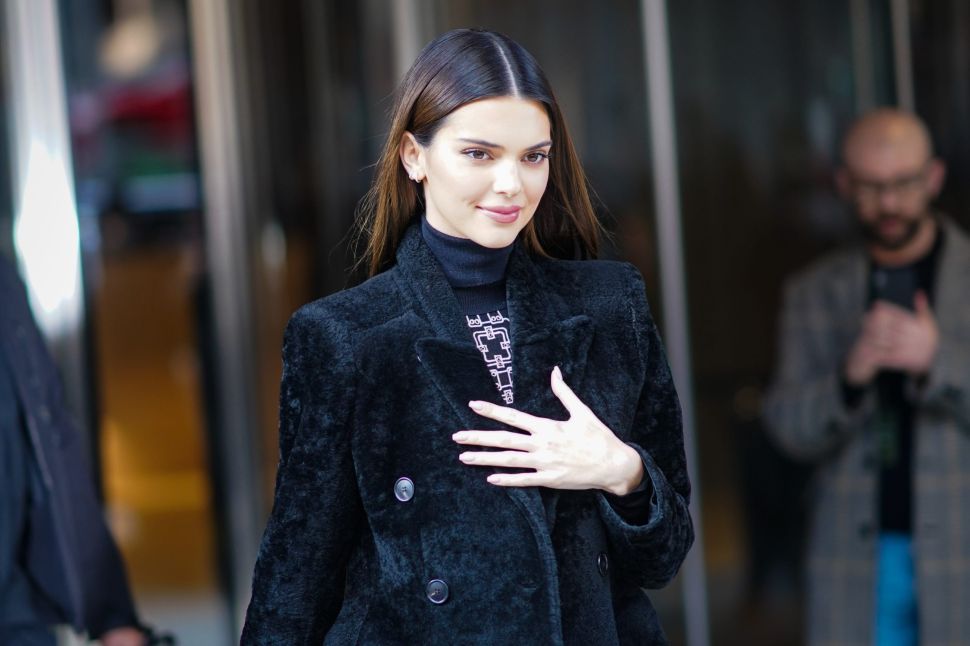