Kenny Schachter has worn many hats throughout his decades-long career, including artist, critic, curator and general shit-stirrer. Of late, however, he’s become even more widely respected for his lucid and explicative dispatches from the frontline of NFTs, the digital art objects exchanged on peer-to-peer platforms that have stunned the conservative art world into rapid adaptation. NFTs are a phenomenon Schachter was savvy enough to clue into in September of 2020, months before most people started asking: “Who the hell is Beeple?” Schachter began selling NFT art on Nifty Gateway, and rapidly began producing predictions stating NFTs were the wave of the future. Approximately half a year later, that future has arrived.

When I first heard about NFTs, I was in no way ready or willing to wrap my head around them. Like, you want me to learn about what?
I found out from a mutual friend who came from the crypto sector, she first informed me about NFTs in September of 2020. I didn’t fully grasp it, I didn’t partially grasp it, other than the fact that she said it was a way for digital artists to disseminate their work into commercial streams of commerce. And that I understood.

I eventually sold a small amount of my pieces for $4,000 [on Nifty Gateway], and I was wildly grateful and appreciative for that opportunity, and it immediately occurred to me that this whole phenomenon could have a potentially revolutionary impact on the way art is bought and sold. So I, on Instagram, put out a forecast, and I said NFT is going to be three letters that everyone’s going to know about, and if they aren’t going to come to appreciate it, they’re probably too old.

I had nothing ever to prepare me, nothing, in my wildest imagination…if there was a whole new generation of buyers who had never bought art before which presented itself on a digital super platter, you would think that they would foam at the mouth and devour it, and it just pissed people off so much! The arguments and the fights just escalated until, you know, I’m still getting threats of people trying to beat me up at night, just for defending NFTs.

There’s a versatility to them that freaks people out, but conversely, the massive auction houses are scrambling to accept Ether and Bitcoin and set up NFT sales.
What’s crazy is that the auction houses have become so nimble and have adapted to the use of Amazon, in the world so beyond galleries, it’s just…it makes no sense. These are 270 year old institutions.

Do you see any unifying or common patterns in the NFT artworks you’ve seen that you would describe as unique to this form?
There’s NFT called low-effort NFT. I made the comment that anyone and their grandmother is doing NFTs now because they can, and then I actually made an NFT of my grandmother and sold her. It makes more sense when the art is actually applicable to the medium. NFTs really are nothing more than a system to sell digital based art. So I think a successful aesthetic is something that employs digital technology in a way that involves movement or animation of some sort. In a worst case scenario, you’ll see an aesthetic that looks like screensavers in video game or paintings from the back of a van, but the fact is that it’s very conceptual. In a best case scenario, it’s art that employs the latest means of technology for something special.

And they’re definitely not going away anytime soon.
Also, oftentimes, if it’s a digital file, like a film or something, I think 90 percent of NFTs have the component that is stored on the cloud in various systems. So if, let’s say, Rarible went out of business and they stopped paying their storage fees to IPFS, all of the art that was minted to Rarible would conceivably disappear. So the genie is out of the bottle and in the ether. NFTs are not ever going to go away. But it would be ridiculous to say there’s not going to be fundamental changes. Also, this world changes so swiftly that six months in the digital sector is like six years in real life. There are going to be changes, but the underlying concepts will be here, absolutely. For eternity.

I even envision some waves of backlash, or an equal and opposite reaction thing where people suddenly become much more invested in things that can only be perceived in the “real world,” like performance art or sculpture or a reprioritization that revolves around analog interpersonal reaction.
There’s already a wave of interest in having a physical work attached to the NFT with a kind of certificate, and it will have a thumbnail representation of a physical work. And you could take the NFT and use it to redeem a physical work,  and then the NFT will have some other functionality stripped of the physical art. So I think that there’ll be more and more people that find hybrids, exactly like you said. They’ll be NFTs and incorporate a physical piece, and there will be smart contracts that develop radically and the entities will change form over time, or ancillary things.

It’s funny because people say that NFTs will have a knowable provenance, but such a degree of anonymity is associated with the buyers and the makers. So this still has a typical kind of old world veil of secrecy over much of the participants. But again, you can track how many times things have been bought and sold, and who the present owners are; if not personally, you know them by their digital handle.

Is there anything you’ve been ruminating on in terms of what you’ll write next?
It’s funny, because I think my editor is a little bit disappointed that I’m not getting death threats anymore, revealing who the buyers were in the last auction. The last spate of auctions I didn’t even look at yet. I have a crypto conference on the 16th of June, which is in Switzerland, and one in Japan tomorrow. Bitcoin is apparently a huge phenomenon in Japan. Basically, I don’t want to get on this hamster wheel of going to art fairs. I’m not a market journalist. I’m an artist and a writer, and I’ve only been writing about the art market because I really felt compelled to tell the truth about something that was cloaked in this kind of idiotic, you know, lies and secrecy.

And I was thinking, if museums made NFT’s from their collections like they do posters and postcards, they wouldn’t have to deaccession so much. Last week, I bumped into [Max Hollein], and we just started engaging in a conversation without so much as a ‘Hello’ about NFTs. I just gave him my whole spiel, I walked like ten blocks with him, about why he should reconsider and maybe take it into consideration to make NFTs of the best Metropolitan Museum resources that are not copyright protected because of their, you know, antiquities and all these things in the basement. An NFT of the Leonardo was sold and they made $150,000.

Right, because if museums don’t adapt to this, other institutions are going to be created in order to muscle in on that market.
I wasn’t interested in crypto on any level until it had a practical application in my life and my interest in art, writing about it, teaching it and making it. And now that I’ve found out about it, and understood that it can have a fundamental impact in how I live my art life, I want to just continue. I’ve helped artists that have been able to make a living that never could, and its really cool. I get the hair standing up on my arm, I’m so profoundly happy that I can have an effect. 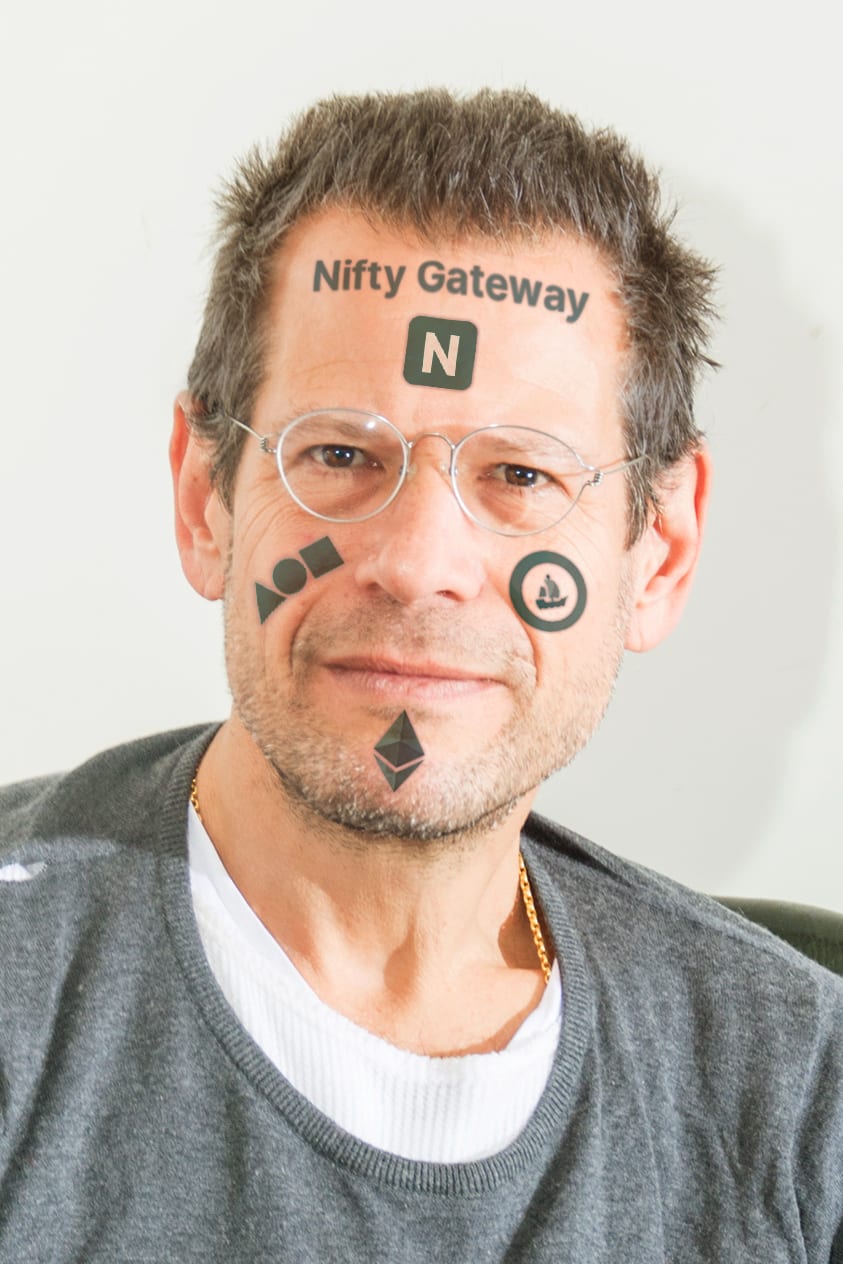