Over the weekend, an auction of rock and roll memorabilia facilitated by Julien’s Auctions resulted in the sale of an extraordinary self-portrait caricature done by Kurt Cobain, the brooding Nirvana frontman who took his own life at the age of 27. The little piece of art, which was done by Cobain in black felt pen on Singapore’s TNT Music Centre stationary, shows a grimacing figure playing guitar. It’s labeled “Kurdt Kobain Rock Star” and features the following description: “I don’t know how to play and I don’t give a hoot!” The piece, which was created during Nirvana’s 1992 promotional tour for Nevermind, sold for an incredible $281,250.

According to Julien’s Auctions, Cobain’s estate was not involved with the sale at all; rather, the art was snapped up by a private collector. However, over the years, objects affiliated with Cobain have proven themselves to be reliably expensive sale objects. In May of 2019, Julien’s Auctions sold the sweater Cobain wore during his final photo shoot with Nirvana for $75,000; months later, Cobain’s iconically rumpled MTV Unplugged cardigan sold for $334,000.

Cobain initially gave the “Kurdt Kobain Rock Star” drawing to Jacque Chong, a freelance photographer who worked with the band during Nirvana’s Nevermind tour in Singapore. However, in the aftermath of Cobain’s suicide, Courtney Love arrived to a candlelit vigil hosted by Nirvana fans and handed out many items of Cobain’s clothes, and continued to do so consistently in the aftermath of his death. This act by Love means that items affiliated with Cobain have been perceived as scarce over the years; therefore, when they pop up at auction, they tend to do very well. 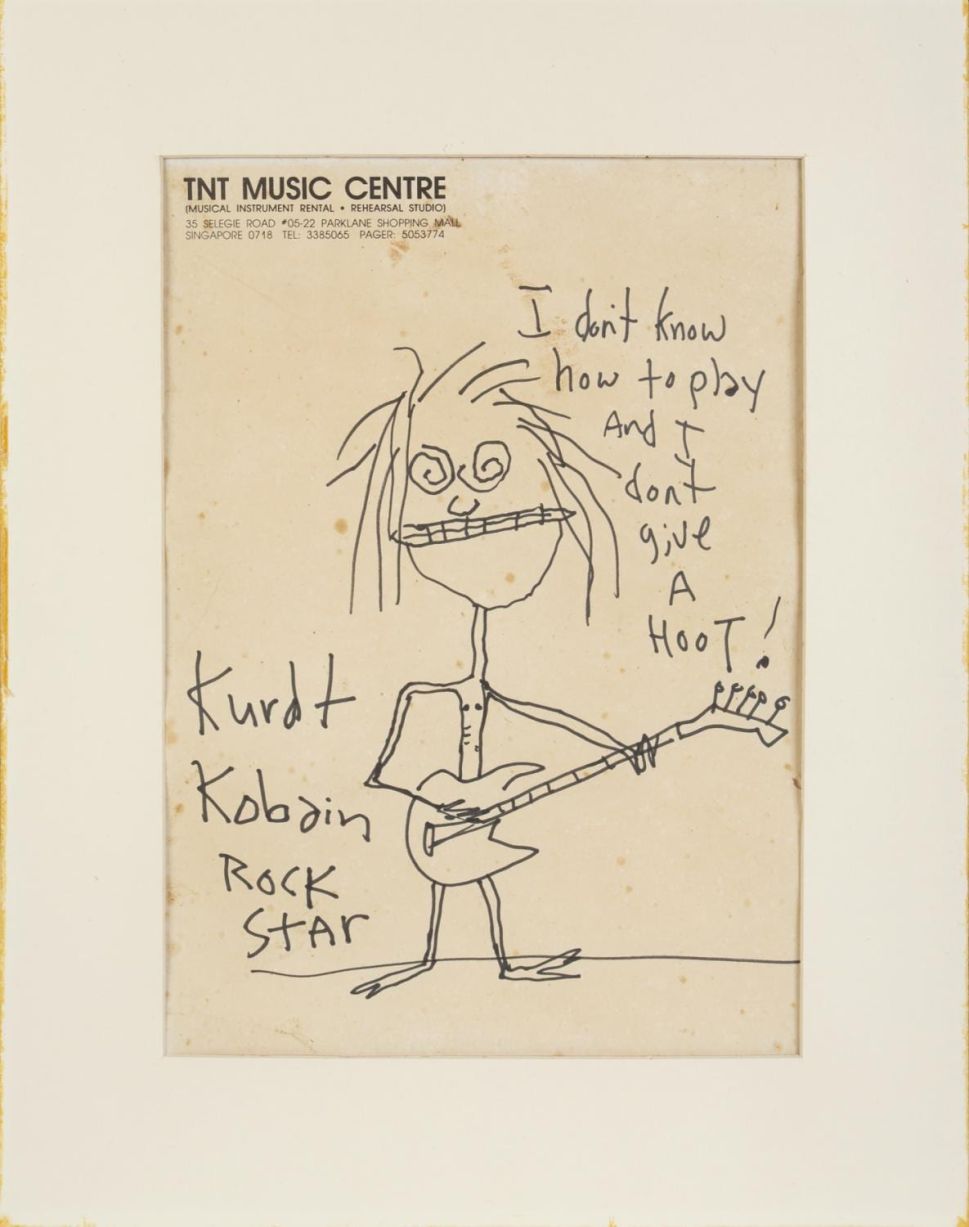