After over a year spent largely at home, travel is finally on the rebound. While domestic travel within the United States has already picked up, international travel has been a bit slower to resume, but now that restrictions have started to lift, eager jet-setters are planning their long-delayed getaways. This week, the European Union began lifting restrictions on U.S. travelers, which means it’s time to whip out your passport and start planning that long-delayed getaway.

And just in time for the reopening, boutique all-business class airline La Compagnie is resuming service between New York and France, and is also launching two brand-new routes.

La Compagnie is now offering two flights per week between New York (the airline’s hub is at Newark Airport) and Paris (Orly), and is planning on increasing the number of weekly flights later this year. Round-trip tickets start at $1,700, which is a relative steal compared to how much business flights can cost on other carriers—just for comparison, other airlines typically charge upwards of $5,000 for round-trip business class tickets.

The New York to Tel Aviv service starts at $2,000 round trip, thought it’s not a direct flight. These trips have an hour and 30 minute layover in Paris, before jetting off to Israel. As of now, that route will fly starting from July 21 through October 30, with three weekly flights. The second new route, from Newark to Milan, is a direct flight, which starts at $1,700 round-trip; service is expected to begin November 29, with four flights per week.

“Over the past several weeks, we see have seen an increasing demand for flights to Israel out of the United States. Our 100 percent Smart Business Class product is the perfect fit for this high-end clientele, and we strongly believe this is an opportunity for our airline to upgrade its summer program. Our human-sized nature enables us to be flexible and to launch a new route that quickly,” said La Compagnie’s President Christian Vernet.

“In a post Covid-19 era we anticipate a lower demand on our New York-Paris route, therefore we need to diversify our destinations offering and look for alternative routes for our second aircraft. Nice and Tel Aviv are a great combination for the summer season and Milan is a strong long-term route with a balanced mix of business and leisure passengers traveling throughout the year,” he added.

All of the routes fly on La Compagnie’s Airbus A321neos, which is composed of 76 lie-flat seat pods that are arranged in a 2:2 configuration. It’s been a while, but I’ve personally only ever had good experiences taking La Compagnie; there’s a private lounge, lie-flat seats and all the other perks you’d hope for on a business class flight. One of the only downsides is that there’s not quite the level of attention you receive while on a business or first class from one of the larger carriers, but that’s just because there are fewer dedicated flight attendants since the entire plane is business. Honestly, it’s all worth it to get to relax in your very own pod round-trip on a long overnight flight.

To celebrate the new routes, all La Compagnie tickets are changeable and refundable at no cost up to 24 hours before the departure, so if you just can’t wait to jet off to Paris or the South of France this summer, head over to La Compagne’s website and start booking. 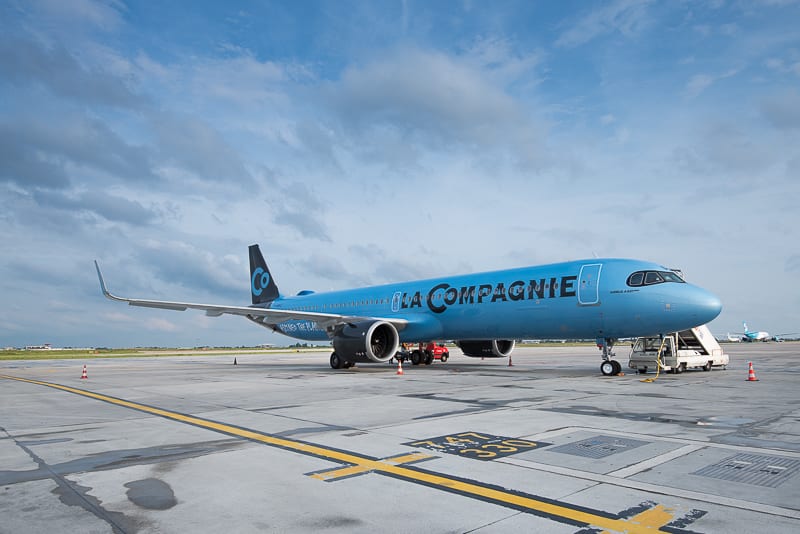