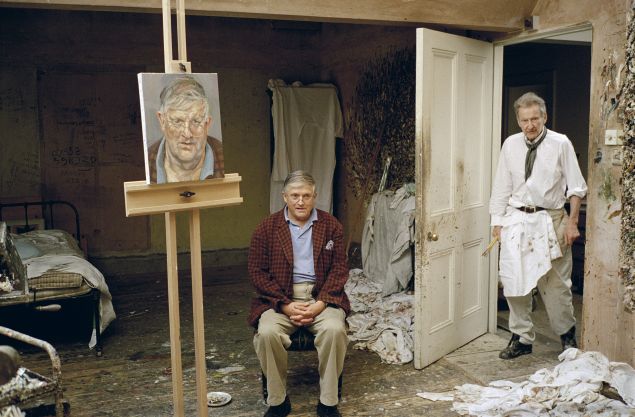 When it comes to famous, highly-regarded artists, you kind of can’t get any more top tier than Lucian Freud and David Hockney; fittingly, Freud’s portrait of Hockney will be unveiled as a centerpiece of Sotheby’s British Art Evening Sale: Modern/Contemporary in London on June 29th. Given the extraordinary legacy of both these artists, this painting is anticipated to sell for between £8,000,000 and £12,000,000. The two artists met decades before the portrait was eventually painted, and the execution of the painting took place in 2002, when Freud was approaching the age of 80 and Hockney was 65. Therefore, at this stage, you could argue that both these men were enjoying the payoff of decades of labor.

Freud’s painting of Hockney was produced during a time in which the former artist was painting a lot of famous figures, including Kate Moss and Queen Elizabeth II. However, unlike with some of Freud’s other paintings, which revel in the imperfections and visceral repellants in the skin of his subjects, Freud’s portrait of Hockney is noticeably reverential; this is the result of the two artists’ long relationship and respect for one another, despite their differences and differences of approach. The painting took Freud approximately 120 hours in total to paint, and the result is a close-up of Hockney that encapsulates his warmth, skepticism and wit as well as his advancing age.

“It is hard to think of two greater British artists who are as both critically and commercially acclaimed than Lucian Freud and David Hockney,” Tom Eddison, the Director of Contemporary Art at Sotheby’s London, said in a statement. “In this magnificent portrait we bear witness, not only to the enduring relationship of these two eminent masters but, moreover to, a tour-de-force of portraiture. Quite simply, his portrait of David Hockney is a masterpiece – a sublime testament to the measure of Freud’s uncompromising scrutiny and ability to capture the mood and the inner essence of his sitters.” 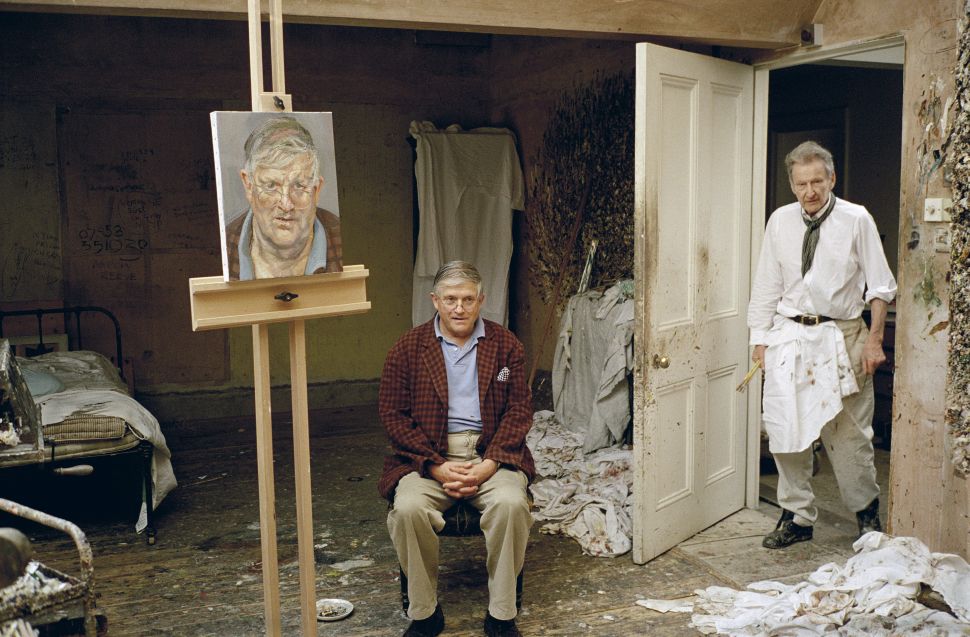