A father separated from his wife and daughter, a superhero’s weapons expert, a president of the United States. Normally, just one of these would be considered a potentially defining role in Hollywood terms. For O-T Fagbenle, they’re each an an outlet to create new and exciting pockets of characterization, an opportunity to inhabit strange new worlds. To us, the hungry onlookers excitedly overanalyzing every corner of the entertainment industry, they’re also unique benchmarks in a fascinating career.

Fagbenle has a lot going on right now. Season 4 of Hulu’s The Handmaid’s Tale recently wrapped up its run in explosive fashion, leaving his character Luke in a precariously uncertain position. Next, the 40-year-old British actor will co-star in the upcoming Marvel blockbuster Black Widow, which has endured more than year’s worth of delays due to the pandemic. He’s also preparing to star as Barack Obama in Showtime’s The First Lady, do out later this year. Oh, and he released his own Hulu series, Maxxx, during the pandemic—a show he wrote, directed, starred in, composed the music for, and produced. Meanwhile, most of us can’t even entertain a conversation with our loved ones in the morning before coffee.

The multi-hyphenate recently chatted with Observer about the major projects in his life, what he’s striving to accomplish in this industry, and how he feels about those Film Twitter Superman fancasts.

*Warning: Spoilers for The Handmaid’s Tale*

Observer: Season 4 of The Handmaid’s Tale presents Luke’s disconnection from June and Hannah in this new, more tangible way. Throughout the show, he’s a key part of the emotional thrust, but divorced from the central action. As an actor, is it challenging to portray the range of emotions required while the character is in an entirely different world than the main setting?
Fagbenle: I think part of it is also just knowing what’s required of my character and my part. This is a female led drama, and quite rightly, the main thrust of the dramatic action and the focus is on these incredible actors and these incredible characters. I just play my part within that. I think Season 4 has had an expanded and exciting opportunity, especially as June and Luke’s relationship becomes more directly complicated. So, I relish that opportunity to expand that right direction as well.

In that expansion, I’ve seen a lot of critics say that June isn’t the same woman that Luke married years ago. That’s where some of their marital tension seems to come from. But I don’t see enough people also acknowledging that Luke isn’t the same either. What do you think is the most significant change he’s undergone and how does that set up his future arc?
Renee Brown has this amazing talk about vulnerability, and she talks about the shame, and how corrosive that can be on an individual. And I think Luke walks around with a lot of shame, of his incompetence, his lack of forethought. And his inability to kind of stop this situation happening, at least for his family in the first place, and in the second place, his inability to go back and get his wife and daughter out of harm’s way. And so I think that compounding shame has really taken a toll on his sanity.

But at the same time, he’s not a superhero. He’s an everyday guy working hard to do what’s at his disposal.
I think you’re absolutely right. But I think so much of what makes up who an individual character is is what is the story they tell themselves about their lives? So there is a man who tells himself, ‘Hey, what can you do’? And there’s another person who beats themselves up over their inability to be a superhero. I think Luke does come down on himself quite a lot.

Now, Luke and June are reunited after five horrific years. He hears in detail at the court hearing what June went through, and then in the finale he discovers that June has killed Commander Waterford. What would you like to see from Luke in Season 5, given all the massive turning points he’s experienced in recent seasons?
Well, I would just say slight correction in those two. A, he only got a sliver of what happened to her. His imagination has filled in the rest. And B, I don’t know if even the writers agree with me, but it’s ambiguous to me as to whether Luke knows what June has done. She’s come back with blood on her face. What does this mean? What does that mean? I think it was a really interesting question. I think, for me, when I was playing the scene, I thought about what Luke has assumed has happened. It will be an interesting question going forward. We shouldn’t just assume that Luke knows that, or that anybody will connect June to the murder.

Fair logistical point. So how do you think Luke would respond?
You know what Luke is? There’s this really interesting flashback scene where June says, “What if I’m not who you think I am? What if I turn out to be a different person than you thought?” And Luke says, “Well, then I’ll just love whoever you turn out to be.” And I think that really speaks to something truthful in Luke. Now, loving family doesn’t always mean that you’ll condone everything they do. But I do think he will always love June.

Switching gears, you’ve mentioned you were already a Marvel fan, but you really went down the rabbit hole once you were cast in Black Widow. In your deep dive, was there anything that stood out to you that helped separate Marvel from the avalanche of superhero content out there?
The thing I love about Marvel is that they did this great thing of finding these auteur directors and giving them the keys to the Marvel car. You get this brilliant combination of idiosyncratic movies, which are all still recognizably Marvel. In a way, I always think of more diversity between Marvel directors and there isn’t necessarily between Marvel and another brand. And I think that’s really a testament to Marvel’s bravery, in terms of finding different ways in stories.

If you were made President of Hollywood Superhero Stuff, what changes would you make?
If I was president of superhero stuff, and not to get boring and political, but ultimately…I don’t know how many black DPs have worked on superheroes? And then I don’t know, how many have been head of camera or the main producer of a superhero movie. As much as people become fatigued with the calls for diversity, the statistics of what happens behind the camera are very clear. There is a huge underrepresentation. If I’m president, the first thing I’m dealing with is making sure that we get the privilege and to really get the creative genius of a lot of people who haven’t had access to those kinds of movies, but behind the camera.

From President of Superhero Stuff, to President of the United States—you’re playing Barack Obama in Showtime’s The First Lady. How does it change the equation, if at all, as an actor that Obama is still very much an active public figure?
It’s the level that people are familiar with his mood, the way he moves his body, the way he talks. It is that much more specific and I think that’s challenging. I think, for me, I focused on trying to tell the story, or explore the Barack that isn’t on camera. And that’s a Barack very few people have seen and there’s very little video footage. So that’s really the world that I’m most interested in exploring and sharing with people.

Since it was reported that Warner Bros. is rebooting Superman with a Black Superman, certain circles of Film Twitter have fancasted you in the role. Is that something you might be interested in?
Oh I hadn’t even heard about that…The thing I’m always curious about with Superman is… I think they did something really smart with James Bond, right? He was so smooth and suave and then they made the most recent version of James Bond a bit more edgy. I think I’d be interested in doing Superman if we could find a little bit more of what the dirt under the fingernails is. What’s the dark side of Superman? What is the modern take of Superman? If we can find that, then I would love to do something like that. If it’s a clean cookie cutter Superman, then I’ll leave that for someone else to do a great job on.

You’re part of the first streaming series to ever win the Best Drama Emmy, you’ve now joined the most successful franchise in Hollywood history, you have your own show on Hulu, you act, write, direct, compose, and produce. What is it that you now want out of your career? What is your guiding ambition?
I’m really interested in…how dow I put it? I want to create content. I think there are a bunch of stories which have yet to be told. The stories of the diaspora, the African diaspora and all of Africa, which I think are rich, and a lot of the work that I’m developing right now is around that. I’m also an enthusiast in VR. And I’ve started developing ideas of how to tell narratives in virtual reality. So I’m pushing. I’ve started exploring how to do that. I’m really interested in creating new and exciting content. 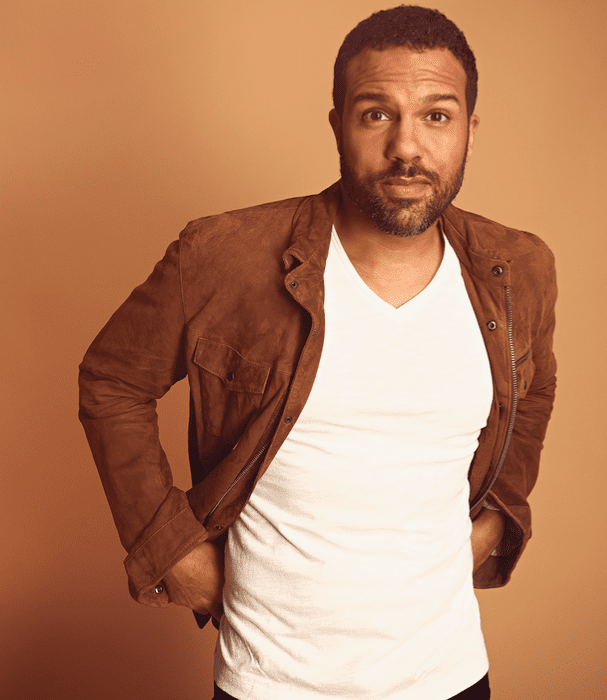