It’s been over a year since Prince Harry and Meghan Markle’s last joint trip to the U.K. together. While the Duke of Sussex traveled across the pond for Prince Philip’s funeral in April, the Duchess of Sussex, who was pregnant with daughter Lili at the time, was advised by her doctors not to fly due to her pregnancy, and stayed put at the couple’s Montecito home with their son, Archie.

Prince Harry is set to return to the U.K. again this summer, for the unveiling of a statue in Princess Diana’s honor at Kensington Palace on July 1. He’ll be traveling solo, as despite a recent tabloid report that Meghan would join him on the visit, the Duchess, who gave birth to baby Lilibet Diana on June 4, is actually expected to remain in California, as was previously thought.

“The Duchess of Sussex will not fly to the UK to join Harry for the unveiling of a statue of his late mother, sources confirm, after a US website claimed she would join him. She’s just had a baby, they point out,” Ward tweeted today.

It makes sense that Duchess Meghan isn’t traveling so soon after giving birth, and it would be incredibly difficult to leave behind a newborn, in addition to the Sussexes’ two-year-old son, Archie. Prince Harry and Meghan are both taking several months of parental leave so they can spend time together as a family, though the Duke of Sussex was always expected to travel to the U.K. to attend the statue unveiling.

Prince Harry will reunite with Prince William at the unveiling at the Sunken Garden at Kensington Palace. The brothers, who have had a rather tense relationship over the past several months, commissioned the statue in their late mother’s honor back in 2017. The July 1 installation ceremony falls on what would have been Princess Diana’s 60th birthday.

Even though Duchess Meghan isn’t traveling to the U.K. with Prince Harry, she’s still keeping the royals updated on their newest addition, as the Sussexes have been using the family WhatsApp group to send plenty of photos of baby Lili. 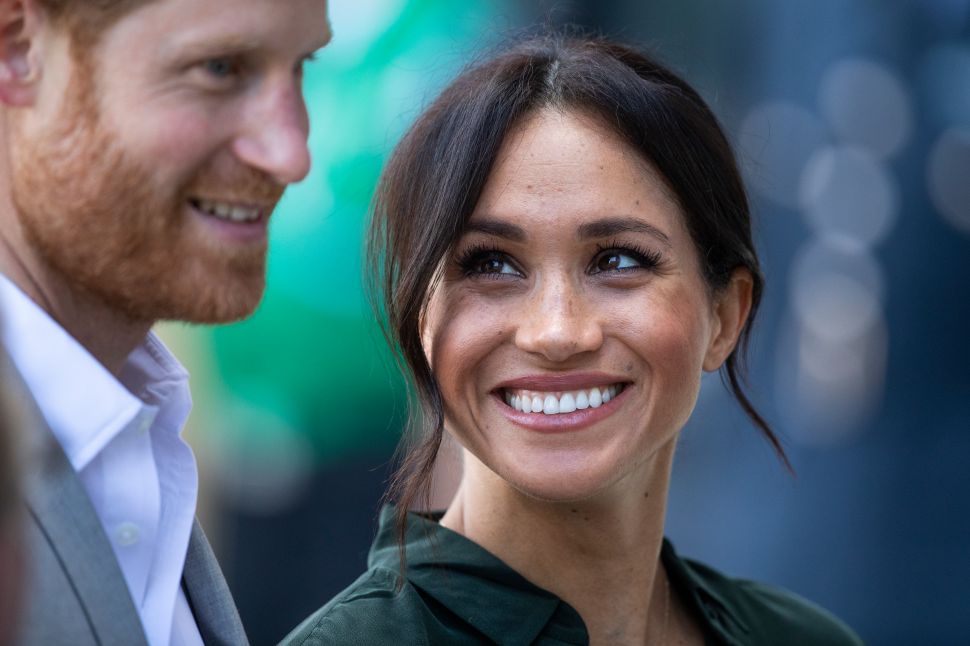