Failure is a necessary ingredient for success. It’s the only way to learn, experiment, adapt and perfect. This applies to all walks of life, though we can all agree we don’t want our doctors following this path. While failure can be valuable and is certainly inevitable, there comes a point when we’re all expected to simply get it right. Certain endeavors that require immense resources and are accompanied by great expectations don’t always provide much value in failure, just disappointment.

It remains unclear where we are on the failure-to-success timeline for Netflix, which has now been delivering original content since 2013. What we do know, however, is that recent superhero series Jupiter’s Legacy held great promise that the final product failed to deliver on. Last week, Netflix announced that while Jupiter’s Legacy wasn’t necessarily cancelled after Season 1 debuted in May, the cast was being released from its contracts and the show was being turned into an anthology series that would focus on the villains in Season 2. Gotta love that Hollywood PR spin.

Also, per sources, Jupiter's Legacy cost around $200 MILLION, reshoots and everything included, so this is a sizeable loss. https://t.co/z2BkndkIaH

Though Jupiter’s Legacy drew initial attention after its release, it pales in comparison to other recent Netflix originals such as The Queen’s Gambit, Bridgerton, and Shadow and Bone. Instead, its observed viewing trend—tracked by streaming guide Reelgood, which accounts for 2 million U.S. users—was more similar to that of The Irregulars, which was also recently cancelled.

Looking at Netflix’s own daily Top 10 data for TV shows in the U.S., Jupiter’s Legacy enjoyed a stronger run than The Irregulars, but fell behind Shadow and Bone, which was recently renewed for a second season as Netflix announced that 55 million member accounts viewed the show in its first 28 days.

As we saw with Lupin, which didn’t trend in the Netflix Top 10 for long compared to its compatriots, this metric is not the end all-be all for a show’s prospects. But it’s clear that Jupiter’s Legacy, which was met with mostly negative reviews, failed to meet expectations. Why does this matter, outside of the immense sunken cost it represents?

In April, we wrote about how Netflix was hoping to become a Disney-like entity by developing its own original intellectual property into multi-pronged franchises. First, this would lessen the streamer’s reliance on costly licensed IP, which is rapidly shrinking as nearly every major Hollywood studio reclaims its content for in-house streamer. Second, it would provide increased engagement for subscribers across multiple prospective projects, rather than individual weekend binges with no funnel into follow-up programming.

But creating franchises from scratch is far more difficult than recycling IP from 100-year-old libraries. It remains unclear if Netflix is capable of developing the same sort of universe-spanning franchises that support multiple projects in the same way that its studio rivals (Disney, Warner Bros., etc) do. Jupiter‘s Legacy was meant to be a launching pad in that vein. Instead, it’s a costly misfire with an uncertain future.

“Netflix continues to navigate an evolving and growing tension owning IP versus licensing IP. I do wonder whether Netflix’s ecosystem is fertile territory for cultivating this IP. Meaning, the question is whether a software service that relies on long-tail consumption can produce Disney-like, fat-tail IP in the long term. Reed Hastings and Ted Sarandos continue to sell investors that they can, but the evidence is still not there.”

There are no spinoffs publicly planned for Stranger Things. Bridgerton Season 2 will arrive without the show’s breakout star. What does it mean for the expensive IP if The Witcher companion series flops? Disney isn’t facing the same sort of questions for established franchises such as Marvel and Star Wars. Netflix, on the other hand, is attempting to turn new-to-screen brands and concepts into full-fledged blockbusters.

On paper, the Millarworld represented a logical foothold into entertainment’s most popular genre: superheroes. In theory, Jupiter’s Legacy could have paired nicely with The Umbrella Academy as popular capes-and-cowls Netflix originals. But as we’ve learned time and time again in Hollywood, it isn’t just about throwing money at a popular fad. Shiny IP that fits with current trends isn’t enough to guarantee success.

More crucially, the failure of Jupiter‘s Legacy doesn’t provide as much insight into Netflix’s core ambition issues. Can a 24/7, binge-model, online deliverer create worldwide sensations capable of being milked in multiple ways on a single platform? We still don’t know for sure. 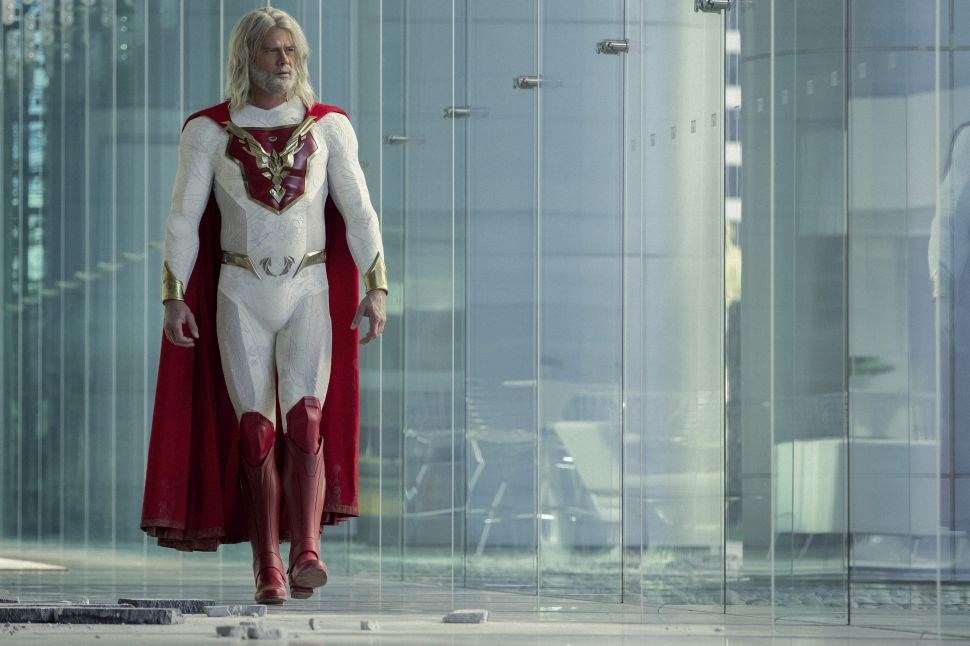