From 2017 to 2019, Netflix signed creators Shonda Rhimes ($100 million), Ryan Murphy ($300 million), Kenya Barris ($100 million) and duo David Benioff and D.B. Weiss ($200 million) to massive nine-figure deals. Given the enormity of the streamer’s spending spree, it’s only natural to expect a succession of cinematic sensations to follow. But outside of Rhimes’ hit series Bridgerton, the returns from Netflix’s $700 million expenditures have left much to be desired. We likely won’t see another mega deal from Netflix in this vein for some time as a result.

Entertainment isn’t science and there is no clear procedure to follow in order to produce a hit. You can’t reverse engineer an Emmy winner. It takes a unique alchemy of quality, talent, and luck. Some shows produced under this spending spree have failed simply because they aren’t much good (sorry, Halston). Others represent the divide between the monolithic Netflix and the creative artists it employs.

Just halfway through his multiyear deal with Netflix, Barris has defected to ViacomCBS where he’ll hold an equity stake in BET Studios. There he’ll line up a number of projects across the spectrum of entertainment—TV series, films, books, podcasts, music—to be sold across the industry as well as ViacomCBS’s many in-house distribution channels. Yet his exit strikes at the heart of both Netflix’s greatest strength and weakness.

“I just don’t know that my voice is Netflix’s voice,” Barris recently told The Hollywood Reporter. “The stuff I want to do is a little bit more edgy, a little more highbrow, a little more heady, and I think Netflix wants down the middle…Netflix became CBS.”

Barris succinctly articulates an industry-spanning trend in just three words. With more than 208 million subscribers worldwide, Netflix is the biggest television network in the world. Its global footprint is what every single entertainment entity is chasing. Yet when your goal is to provide something for everyone and maintain your status as a market-leading network, you begin to aim for middle of the road programming. Per THR, Barris was more interested in edgy, prescient cultural content than the broad commercial programming Netflix was hoping for. As we’ve seen with broadcast television over the last two decades, trying to impress everyone can often be a death knell for creative artistry.

Now this isn’t a catch all statement for Netflix. When a company hands you a nine-figure check, you are expected to churn out popular hits that resonate with wide swaths of audiences. Barris’ productions under his Netflix deal, which include #blackAF and the Astronomy Club sketch comedy series, were not commercial hits. And it’s not as if Netflix doesn’t continue to hyper target and develop unique programming for specific niches. On the same days as THR‘s profile, the streamer announced two new shows—the animated adult comedy Q-Force and high-concept dating reality show Sexy Beasts—that are worlds away from CBS’ inclination.

Yet the streamer still seems intent on throwing money at brands, concepts, and genres that look the part of successes without any the understanding of what made their predecessors work. On paper, Jupiter’s Legacy should have given Netflix a strong foothold into the shared cinematic superhero craze. Instead, it wound up as a $200 million misfire that recycled the wrong elements from its forebears. YA fantasy remains a high-upside Hollywood lane, yet the graveyard of failed Netflix series in this genre is overflowing with costly failures.

Barris exudes endless gratitude to Netflix and will maintain a working relationship with the streamer on a number of upcoming projects. But he isn’t wrong to point out the rigid requirements success imposes. Netflix is powered by dozens of quality shows and movies. Dozens more are sure to come. But as the streaming company continues to grow and attempts to fight off rampant competition, it shouldn’t forget the types of creative victories that earned the throne in the first place. 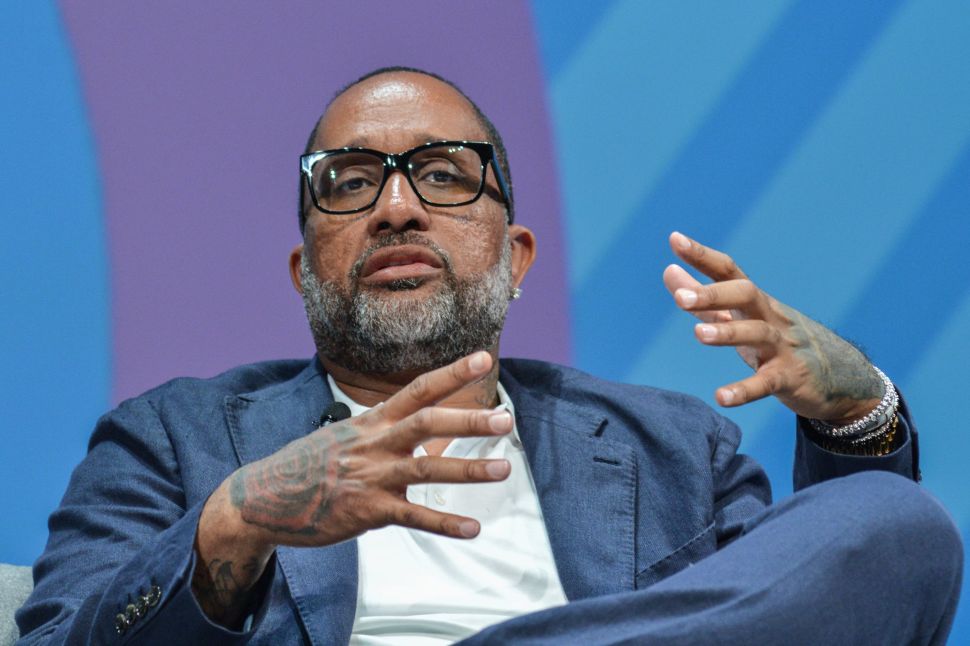