Netflix’s Lupin quickly became the most-watched show in France and Italy following Part I’s release January 8. Soon, it was trending in the top three in the United Kingdom and became the first French series to chart in Netflix’s Top 10 in both the U.S. and Brazil. The streamer announced in April that the stylish heist drama accrued 76 million views over its first 28 days of availability. This would tie it with The Witcher as Netflix’s second most-watched original series ever if the streamer’s numbers are to be believed.

Now, Part II is set to arrive on the streamer June 11 and follow up its predecessor’s smashing success with another highly entertaining five-episode run. In watching Part 2, what stands out most—aside from Omar Sy’s star-powered lead performance, gorgeous Parisian setting, and wonderfully elegant exaggeration of it all—is how Lupin provides a blueprint to adapting familiar IP and concepts by modernizing it for contemporary audiences. More specifically, Lupin represents everything broadcast television (NBC, CBS, Fox, ABC and sometimes The CW) should be striving for as they desperately attempt to ward off increasing irrelevance in the digital age.

Arsène Lupin, the gentleman burglar, is a well known and beloved literary character in his native France, as many of you have likely learned after January’s Part I. But the first decision Lupin creators George Kay and François Uzan made was not to directly adapt the famous novels as a literal period piece translation. This is not Robert Downey Jr. pretending to be Sherlock Holmes. It’s a show that modernizes the idea by presenting us with a main character who loves the Arsène Lupin books and lives his life in service of their literary ideals.

Back again is Sy as protagonist Assane Diop, a modern day gentleman thief who styles himself after his fictional inspiration to avenge the death of his father (gotta love television). Picking up directly where Part I ends, Sy still plays Assane, a Senegalese immigrant raised in France, with effortless cool, a high-wattage smile and convincing charisma. He’s the engine that powers Lupin‘s momentum.

Ironically, building a show around a star is an American concept, one that many networks and channels have gotten away from in recent years in favor of familiar pre-existing brands and ensembles. But television is the most intimate medium of entertainment as we invite characters into our living rooms and bedrooms every night. A likable protagonist to help guide audiences into the story is a prerequisite. With Sy, Lupin has that and more. International programming is reminding American producers of how they used to do things.

The bouncy show isn’t teeming with political commentary, but it puts forth strong relevance and sociological observations while maintaining an endless sense of fun. Lupin is simply delightful on a number of levels, an ease of joy missing from linear entertainment recently. Part 2 may further test our suspension of disbelief—there’s only so many outlandish scenarios Assane can concoct and breeze his way out in and out of—but it’s still overflowing with tasty tidbits and suave swashbuckling.

The goal in today’s TV landscape is to have your show bought all around the world, whether that be via Netflix or unique regional broadcast and streaming deals. Your series must travel well across markets, as Lupin has proven to do (the show is popular in Denmark, Great Britain, Canada, and Mexico as well, per Parrot Analytics). This begs the question of why broadcast television isn’t able to make similar four-quadrant, fun, glitzy, light on their feet shows? Why isn’t something like Lupin airing on NBC?

Over the last 20 years, broadcast has succeeded in two key areas: sitcoms (both multi- and single-cam) and procedurals (Chicago is a non-stop disaster zone if the small screen is to be believed). It’s everywhere else the Big Four networks have truly struggled. The dinosauric broadcast behemoths spent six years attempting to recreate Lost, and then nearly a decade trying to make cable shows retrofitted for broadcast. The former resulted in lackluster high-concept misfires such as Revolution and Terra Nova, while the latter wasn’t conducive to long-term commercial success (RIP, Hannibal). The approach left a smoldering crater of serialized broadcast dramas in this middle-of-the-road uncanny valley that wasn’t bold or dark enough to accomplish its creative ambitious nor entertaining enough to hold our collective attention.

Fox’s House, one of the biggest broadcast hits in the last two decades, was essentially a medical procedural starring a Sherlock Holmesian protagonist. That’s the same territory Lupin covers, just by swapping out the hospital setting for flashy French heists. If there’s anywhere that Lupin Part II’s over the top and too-clever-by-half shenanigans would snugly fit outside of streaming, it’s on broadcast TV where brilliant savant doctors, tortured detectives, and larger than life Moms and Dads roam freely.

Broadcast networks are stuck in a Wile E. Coyote-esque purgatory of chasing and servicing their older audience to the point that they’ve either given up on bringing in a new audience or, frankly, just given up on competing in any meaningful category. The assumption seems to be that a certain kind of viewer is only going to watch a streaming service, which isn’t true.

You can make the case that Netflix’s rise and the subsequent proliferation of streaming have damaged broadcast and linear by recruiting creators such as Shonda Rhimes and Ryan Murphy. But it’s more that streaming has better serviced fans looking for specifics. Netflix and its coalition of online deliverers have methodically absorbed the heart of all other TV. They drank Food Network’s milkshake, Travel Channel can’t compete with its mileage, popcorn entertainment is best buttered by digital delights. This Is Us is the only serious Emmy contender from the Big Four networks of the last five years. And it’s not just that the most sought-after top tier programming routinely comes from HBO and streaming, it’s that the broadcast networks have also conceded the gettable middle ground as well.

Lupin‘s lively soundtrack and score helps to support its proudly modern sensibilities and depictions, again highlighting areas broadcast continues to overlook. It has all the energy and flavor we used to associate with well-regarded broadcast shows like Buffy, E.R. and The Good Wife. Part I undoubtedly benefited from its escapist nature after being released at the height of the pandemic when we were all desperate to travel in any way possible. Part II saunters into frame when the U.S. is on the mend. Will it matter? Unless audience taste has undergone a radical change in the intervening six months, I highly doubt it. Lupin represents the type of broad appeal story with swagger that broadcast would kill for. 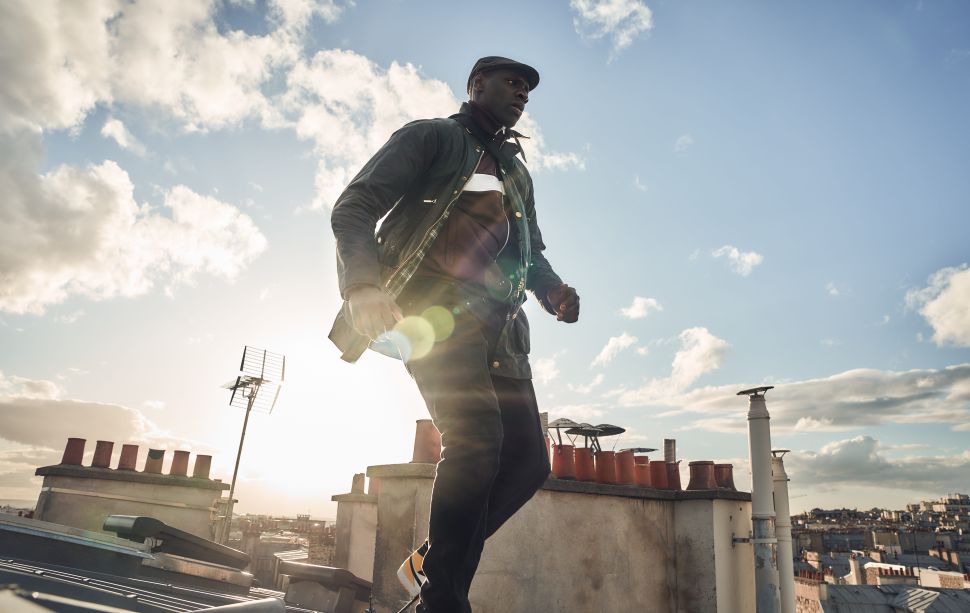