From Mad Max, to The Walking Dead and The Last of Us, the post-apocalypse is all the rage right now, showing us what happens when society collapses. More often than not, however, whatever caused the apocalypse in these stories — nuclear armageddon, zombies, or a deadly virus — are not what causes the characters the most pain. There’s a reason the tagline for The Walking Dead was “Fight the dead. Fear the living,” as humans usually end up being the real monsters of these dystopian wastelands.

But after years of post-apocalyptic stories that are all about distrusting every human character you come across, two recent properties change the game by defying the cynicism of the genre with some hope and optimism, A Quiet Place Part II and Sweet Tooth. It’s not as if either world these projects inhabit are walks in the park or without their villains and horror. They are still dystopian stories, after all. What makes them special is that they dare to show people who actually end up helping one another after the world ends. After a year where we all saw how little governments and most people care about one another during a time of global crises, it feels good to find escapism even in stories about the end of the world.

A Quiet Place Part II takes place immediately after the end of the first film, as Lee Abbott (John Krasinski) sacrificed himself to save his family, who then found a way to fight back against the blind alien monsters that destroyed the world. When the Abbott family sets out to find a new place to live, they come across Emmett (Cillian Murphy), a family friend from before the end of the world who has now become your mandatory hardened, reclusive road warrior who distrusts every human out there after having lost his family to the aliens. From the very first teaser, the film built up the idea that any human that survived the initial attacks by the aliens have become monsters themselves, with Emmett saying, “Out there, the people that are left, are not the kind of people worth saving.” Thus, the film was selling the idea that we would dive into another Walking Dead-like story about finding a group of survivors, only to discover they are hiding a dark secret, like cannibalism or slavery.

When I saw the film, I spent most of the runtime expecting Emmett to betray the Abbott family and sell them to a militia, or take them prisoners and steal their baby to replace his lost family. His ominous warning about the state of the world brings to mind a recent similarly-titled post-apocalyptic blockbuster, The Last of Us Part II. That game takes place in an incredibly brutal and bleak world ravaged by a virus that turns people into zombies. Set on the streets of Seattle, you fight two rival groups of humans, both filled with different kinds of monsters. Even if the game ends on a relatively hopeful note, it still spends most of the story arguing that humanity is doomed and that any remnants of civility died a long time ago.

Thankfully, that’s not A Quiet Place. Sure, we still meet a group of human savages at one point, but they are quickly disposed of and never seen again. After the Abbott’s daughter, Regan (Millicent Simmonds), becomes obsessed with finding the source of a radio signal, she sets out in the hope of finding a safe haven for her family. When we finally reach the island where the radio is located, we don’t find a militia, or feudal community, but simply a neighborhood of people that found each other at a time of need, who are quick to welcome Regan and Emmett without question or malice. The film ends after a lot of death and destruction, but it still goes out on a hopeful note about humanity being able to fight back and rebuild.

That’s also what makes Netflix’s Sweet Tooth such a success. The show is based on a Jeff Lemire comic of the same name, which takes place after a deadly virus has ravaged the world population, and human/animal hybrids are becoming the norm. Though the show makes several changes to the source material, none of them are as substantial or important as disregarding the bleak tone of the comic in favor of an Amblin-like adventure seen through the eyes of a sweet deer-boy hybrid named Gus (Christian Convery). In an interview with EW, executive producer Susan Downey explained that one of the adaptation’s first points of order was ensuring it had a lighter tone to reflect the child at the center of the story. The violence is still there, like when Big Man (Nonso Anozie) takes a bear trap to a poacher’s head, but it’s mostly implied or it happens just off-screen.

We know horrible things are happening in the world of the show, as the new government is dedicated to kidnapping, experimenting and/or murdering hybrid kids. We’re not naive or oblivious. But every character Gus comes across is gentle and sweet, fitting the show’s title. In the show we meet a woman who starts a sanctuary for hybrid kids after raising one of her own, but she doesn’t exist in the comic. A young girl soldier who leads a Neverland-style group of kids that fight adults to protect hybrids, and becomes one of the best characters in the show, does not exist either. Instead, their ragtag army is actually a cult of adults led by a maniac with five dog-hybrid children in the source material. If the comic was about Gus experiencing the absolute worst of humanity and keeping his heart and hope intact, the show actually matches Gus’ idealism and repeatedly counters every glimpse of darkness with a ray of hope.

Stories about what happens after the apocalypse are not going anywhere, as audiences will always be curious about how they would fare in such a situation. But as the world gets out of its own glimpse at the apocalypse, it is refreshing to see fiction defy what we’ve come to expect and offer more than just darkness, but endearing stories about hope and kindness. 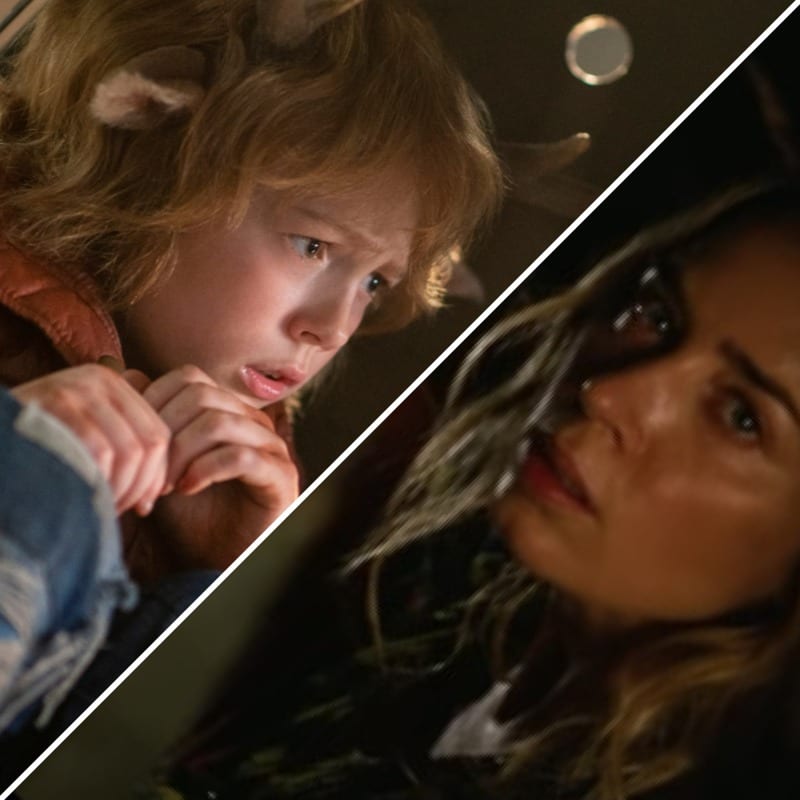