Novavax announced on Monday that its experimental COVID-19 vaccine, NVX‑CoV2373, demonstrated an overall efficacy of 90.4 percent in two large phase-3 clinical trials in the U.S. and Mexico, bringing it one step closer to being authorized for emergency use.

Novavax’s efficacy rate is on par with the two-dose mRNA-based vaccines made by Pfizer-BioNTech and Moderna and significantly higher than Johnson & Johnson’s one-dose vaccine. But Novavax’s protein-based shots are cheaper and easier to store than its mRNA counterparts, making it an ideal vaccine for developing countries that are struggling to get the pandemic under control. Novavax’s vaccine also requires two shots injected three weeks apart.

The Maryland-based company is in an agreement with the U.S. government to supply 100 million doses of its vaccine once the FDA authorizes emergency use. However, the company said it may not seek FDA emergency authorization until the end of September. Since domestic supply by other vaccine makers is sufficient, it’s also possible that the FDA may ask Novavax to apply for a full license instead of an EUA, according to The New York Times. In that case, the company may face several extra months of FDA review.

“So far, they’ve indicated that if you’re in the process for an EUA, you can continue for an EUA. Anybody could tell you that could change, but I don’t know how to predict that,” Novavax CEO Stanley Erck told the Times in an interview. “I think the good news is that the data are so compelling that it gives everybody an incentive to pay attention to our filings.”

Erck hinted that the vaccine may receive its first authorization in another country. Novavax is applying in Britain, the European Union, India and South Korea.

Novavax’s COVID-19 vaccine uses a lab-made version of the original coronavirus’s spike protein—which won’t get you sick—to train the immune system to produce antibodies to block the harmful virus from entering cells when exposed.

In January, Novavax reported from a 15,000-person phase 2 trial in the U.K. that the vaccine was 96 percent effective against the original coronavirus and 86 percent effective against the B.117 variant, first identified in Britain last December. In South Africa, where a particularly dangerous variant called B.1.351 was dominant, Novavax reported an efficacy rate of only 49 percent against the variant from a 2,900-person trial. The company is developing a new vaccine specifically tailored to the South African strain. 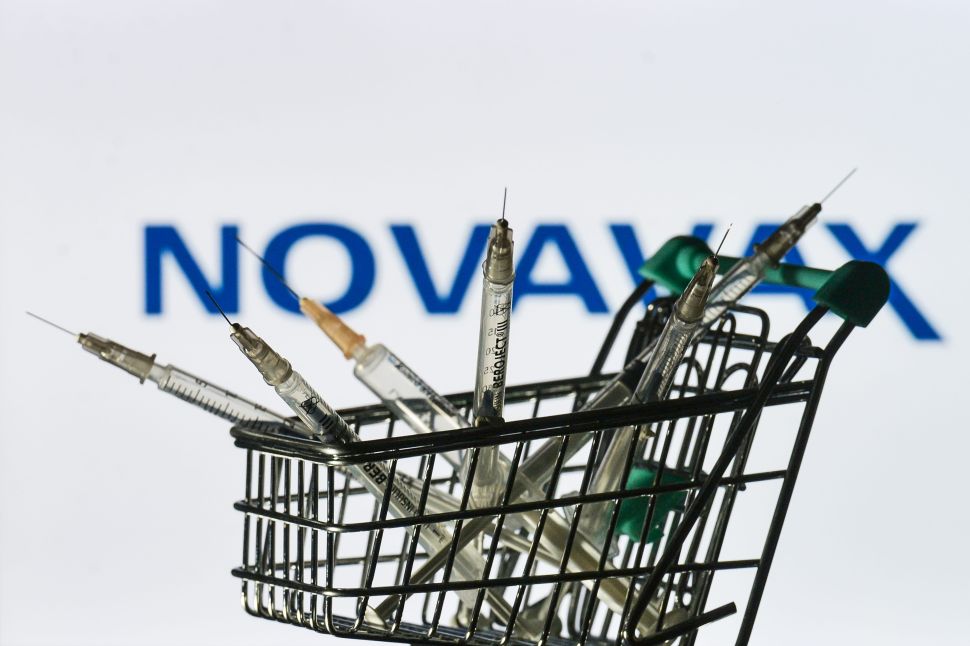