According to new reports, paintings by Picasso and Mondrian that were stolen nine years ago from the National Gallery in Athens, Greece have been found in a gorge after a builder, who has now been arrested, confessed to stealing them. When the theft took place in around seven minutes in 2012, authorities reported that the thieves had also made off with a drawing made by Italian 16th-century painter Guglielmo Caccia. This spring, after years of maintaining the subterfuge, the thief in question reportedly moved the paintings by Picasso and Mondrian; first, he moved them to a warehouse. Subsequently, he wrapped the paintings in protective casing and hid them in a gorge where they were then subsequently discovered.

Before the builder moved the paintings to the gorge in an instance of panic, the paintings, Head of a Woman by Picasso and Stammer Windmill by Piet Mondrian, were kept hidden in the builder’s home for nine years. Lina Mendoni, Greece’s Minister of Culture and Sports, explained that the recovery of the painting was the source of enormous elation to the Greek people because Picasso had personally donated Head of a Woman to the country in 1949 as a means of celebrating the withdrawal of Nazi rule five years previously.

Furthermore, Mendoni elaborated at a recent press conference, the inscription Picasso wrote on the back of the painting that reads “For the Greek people, a tribute by Picasso” would have made Head of a Woman “impossible to sell or go on display.” In other words, the thief couldn’t do anything with the paintings but hoard them until his secret was eventually revealed. It’s particularly extraordinary that the paintings were found to be in good condition considering the fact that they discovered in a literal ditch, but crazier things have happened in the art world. 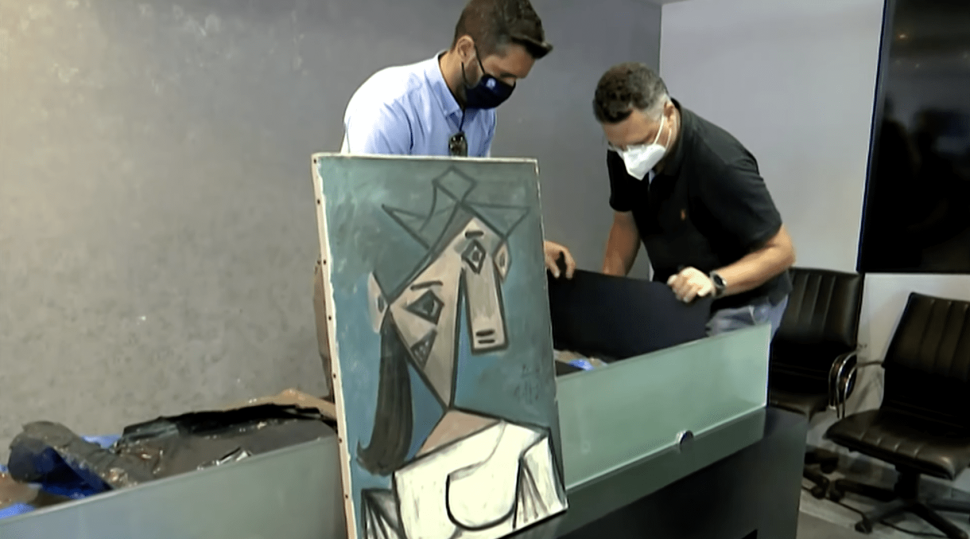