Last week, Prince Harry and Meghan Markle welcomed the newest addition to their family, as the Duchess of Sussex gave birth to their second child, daughter Lilibet Diana, on Friday, June 3. The Duke and Duchess of Sussex are now settling into life as a family of four at their Montecito home, with their two-year-old son, Archie, and baby Lili.

Prince Harry and Meghan previously said they don’t plan on having any more children after Lili, and they now have their “complete” little family. Archie was reportedly very excited at the prospect of becoming a big brother, and he’s already loving his new role in the family.

Archie “absolutely adores his little sister and gives her lots of kisses,” according to Us Weekly, and he’s “held her with the held of his parents.” The Sussexes were previously a little nervous about the adjustment from one kid to two, but Archie is “such a kind, loving child and there aren’t any jealousy issues.”

Prince Harry and Meghan made sure to prepare Archie for the new arrival before Lili’s birth; they talked to their son “a lot about the baby,” per People, though the two-year-old is a bit too young to fully understand what’s going on.

The Duke and Duchess of Sussex have also been getting extra help from Meghan’s mom, Doria Ragland, who is often at the family’s California estate. Doria has been “helping out at the house, and her hands-on support is a major bonus,” a royal source told Us Weekly.

Now that their family is complete, Prince Harry and Meghan are both taking the next several months off for parental leave, so they can spend time with Lili and Archie at their Santa Barbara home, though the Duke of Sussex will be making one big trip during leave, as he’s expected to return to the U.K. for the unveiling of a statue in Princess Diana’s honor on July 1. 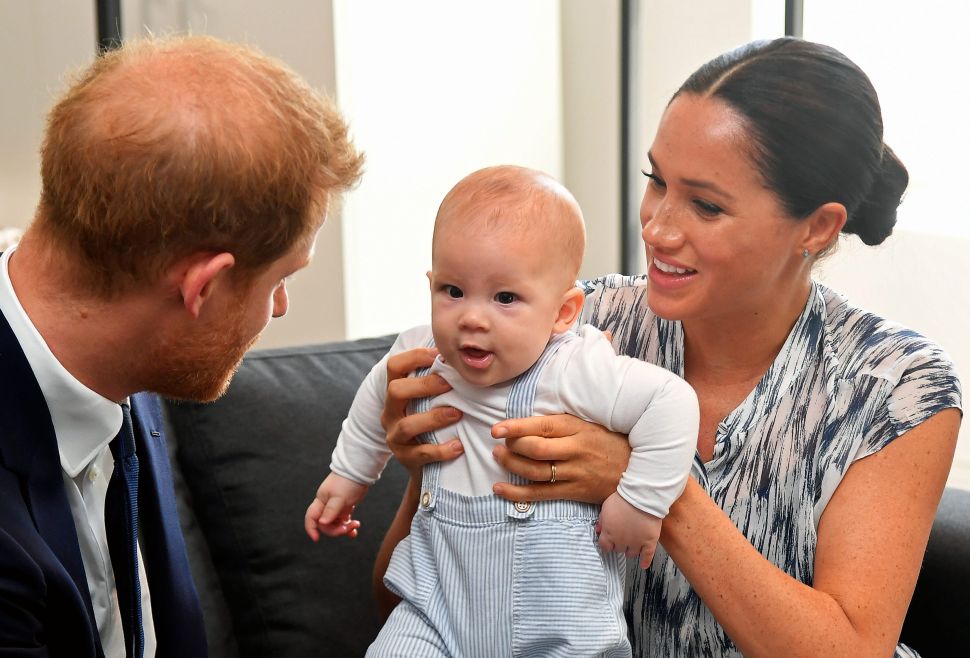