It’s been five days since Prince Harry arrived in the U.K., and after following COVID-19 regulations and self-isolating at Frogmore Cottage since last Friday, today he was finally able to leave the Windsor residence.

Prince Harry is in the U.K. for the unveiling of the statue he and Prince William commissioned in Princess Diana’s honor; the intimate installation is tomorrow, July 1, in the Sunken Garden at Kensington Palace. The Duke of Sussex intentionally arrived in the U.K. a day earlier than necessary for the statue ceremony, however, as he had another very important charitable event to attend today.

The Duke of Sussex was the surprise guest at the WellChild Awards this afternoon, reports the Sun. The charity is “very close to Harry’s heart and the organizers have moved heaven and earth to make this happen.” The Duke of Sussex’s attendance was a total secret, and it was “an amazing moment when he surprised those in attendance,” per the Sun.

Prince Harry was spotted leaving Frogmore Cottage after testing negative for COVID-19 earlier today; he was taken by car to Kew Gardens in London, where the WellChild Awards took place. The event was originally planned for September, but the organizers apparently changed the date so that Prince Harry would be able to attend.

WellChild is a U.K.-based charity that provides care and support for extremely ill children; Prince Harry has been patron of the charity since 2007. Even though Prince Harry and Meghan Markle were stripped of many of their official royal patronages earlier this year, both the Duke and Duchess of Sussex have continued to work with several of their important charities, including WellChild.

The Duke of Sussex “made sure he spent time talking to as many of the children and their families as possible— as well as care givers who were present at the ceremony,” per the Sun.

Tomorrow, Prince Harry will reunite with Prince William for the first time since April, as the two will attend the Princess Diana statue unveiling at Kensington Palace. The brothers, who have been somewhat at odds over the past year, have also planned to meet in private following the ceremony, in a step towards working to repair their relationship. 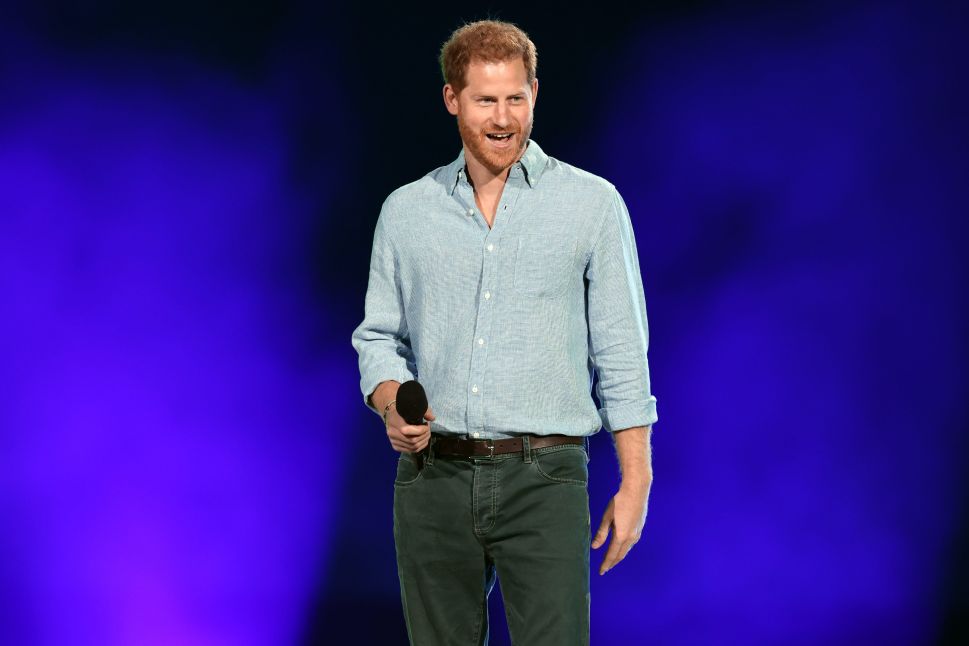