It’s been over two months since Prince William and Prince Harry last saw each other in person at Prince Philip’s funeral. The Duke of Cambridge and the Duke of Sussex, who have had a rather tense relationship for quite a while now, are set to reunite tomorrow at the Sunken Garden at Kensington Palace, at the unveiling of the statue they commissioned in honor of Princess Diana, and they’re also planning on having a more private meeting afterwards.

The brothers reportedly called a truce for the ceremony, in order to make sure that all the attention is on the actual statue installation honoring their late mother. Following the statue unveiling, however, they’re planned a private meeting, reports the Telegraph, in what could be a “sign of reconciliation” after the past several months of their much-discussed feud.

Prince William and Prince Harry, who arrived in the U.K. from California last week, will also gather with just immediate family after the statue unveiling, so perhaps Kate Middleton, who is unable to attend the ceremony due to COVID-19 restrictions, will join the brothers and help ease the tension. Meghan Markle wasn’t able to join her husband on the trip, as she just gave birth less than a month ago, and is staying at the couple’s home in Montecito with their two children.

The Duke of Cambridge and the Duke of Sussex are expected to put on a “brave face” at the statue installation, just as they did at the Duke of Edinburgh’s funeral. A source told the Telegraph that the brothers “know it is not about them, but remembering the late princess [Diana].”

Prince William and Prince Harry first announced they commissioned the statue back in 2017, and finally signed off on the design earlier this year. The statue will be installed in the Sunken Garden at Kensington Palace in London tomorrow, July 1, on what would have been Princess Diana’s 60th birthday.

The statue installation was originally planned as a much larger event, with over 100 guests, but the ceremony was scaled down due to the coronavirus pandemic. Now, the attendees are limited to just Prince William, Prince Harry and Princess Diana’s immediate family, as well as the sculptor, Ian Rank-Broadley, and the garden designer, Pip Morrison. 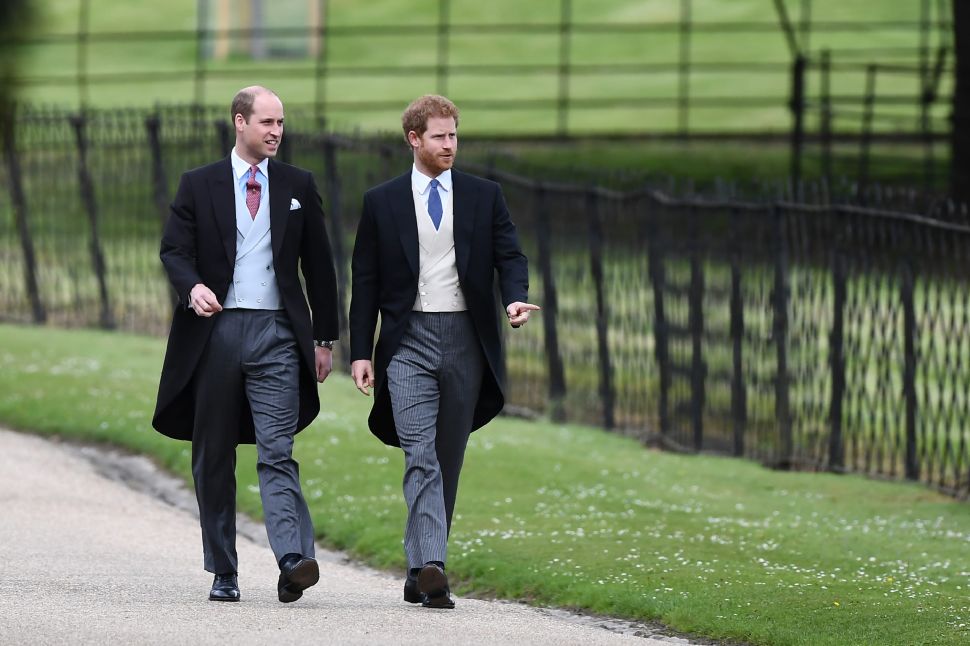