On Sunday, Queen Elizabeth hosted President Joe Biden and First Lady Jill Biden at Windsor Castle, for a private visit. The monarch welcomed POTUS and FLOTUS for the peak English pastime of afternoon tea, and it seems the meeting went very well, as President Biden later told reporters that they had a “long talk,” and the Queen was “very gracious.”

The President also paid the Queen what might be the highest of compliments, as he told the press that Queen Elizabeth reminded him of his own mother. Biden said, “I don’t think she’d be insulted, but she reminded me of my mother…the look of her, and just the generosity.”

President Biden said that the Queen asked about what it was like living at the White House, and wanted to know about Russian President Vladimir Putin and Chinese leader Xi Jinping, per the New York Times.

At the end of the 40-minute tea, President Biden invited the Queen to the White House in Washington, D.C.; he told reporters, “I said I wish we could stay longer, maybe we could hold the cars up a minute, and stuff.” It’s rather unlikely the Queen will make the trek to D.C., though, as she made her last overseas visit in 2015.

Queen Elizabeth’s private tea with the Bidens came at the end of POTUS’ trip to the U.K. for the G7 Summit in Cornwall. The monarch spoke with both the President and First Lady on Friday, as well, the same day that Dr. Biden teamed up with Kate Middleton to visit a primary school in Cornwall.

Queen Elizabeth has now met with 13 of 14 sitting U.S. Presidents during her nearly 70-year reign. She actually has met Joe Biden before, as the two were first introduced nearly 40 years ago, when Biden visited the U.K. on a 1982 trip as a U.S. senator. 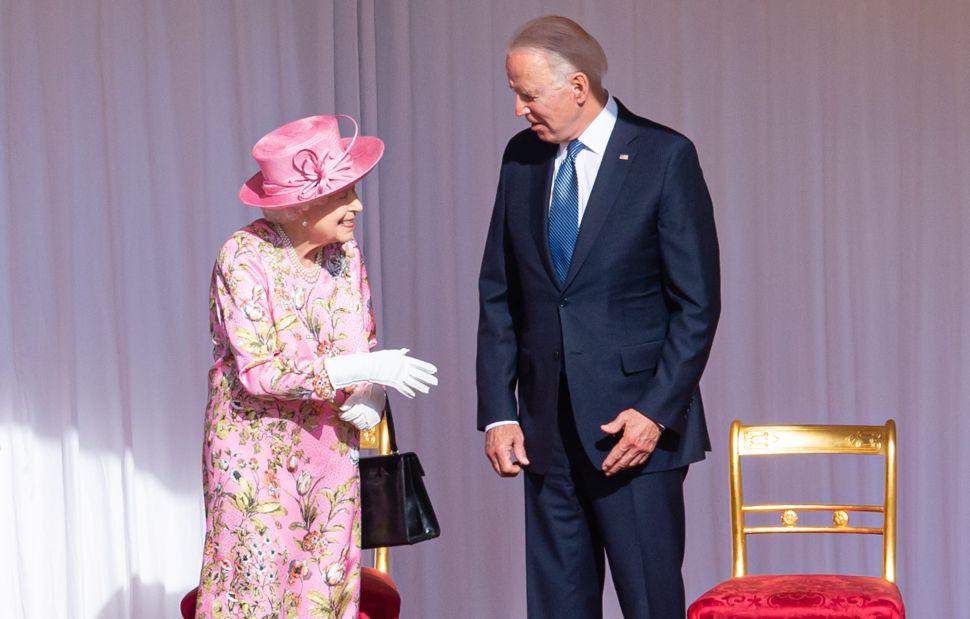