Warning: Light spoilers ahead for Rick and Morty‘s Season 5 premiere.

On some level, audiences love anti-heroes because they can easily relate to humanity’s inherent duality and contradictions. Rarely are any of us ever just one thing all the time. The boy scout do-goodery of Superman and Captain America are radically fictional exceptions to the rule. More realistically, we try and often fail to be our best selves, which results in an understandable mix of good and bad. What makes the bad tolerable and the good so meaningful is the love we share with others. Our connections that allow us to forgive mistakes and appreciate the positives.

Perhaps it’s silly to get so philosophical in relation to a vulgar cartoon that makes multiple 69 jokes in its upcoming fifth season premiere, which will air June 20. But it’s difficult not to feel as if that duality and the hope smuggled within it is the key to Rick and Morty‘s continued success. After 50 episodes from creators Dan Harmon and Justin Roiland, the 51st entry in this sprawling, high-concept, non-stop sci-fi fantasy continues to give hope that the good within us can, however briefly, overcome the bad. (A lesson the fandom has yet to learn.)

Rick Sanchez may be the smartest being in the show’s multiverse, but he’s also the most broken. He’s an emotionally abusive, narcissistic manipulator who uses those around him for his own purposes while remaining apathetic to the collateral damage he leaves in his wake. But in the briefest of moments, his calcified facade cracks to reveal his vulnerabilities. Buried deep beneath the self-loathing self-destruction and vitriolic defense mechanism, he cares about his family despite his intellect screaming about the illogicality of it all.

We all view ourselves as the heroes of our own stories. Thus, we all think of ourselves as part Rick, the gravitational center of this persistently tragicomic cartoon. At the same time, many of us have been influenced and molded, in one way or another, by withholding and potentially toxic people in our lives. As such, we may also find ourselves in Morty’s position, hoping beyond hope that we are indeed cared about.

The Season 5 premiere, “Mort Dinner Rick Andre,” revolves around Morty once again trying to woo Jessica while Rick attempts to negotiate a truce with his colorfully aquatic and erotic nemesis Mr. Nimbus (think Aquaman’s ocean-dwelling crossed with Prince Oberyn Martell libido, with a splash of Eyes Wide Shut thrown in for good measure). Naturally, the two subplots become subsumed by sci-fi shenanigans related to an alternate dimension where time runs much faster than ours. But amid the humorous entropy, the episode reminds us that the fear and respect Rick once held throughout the universe has eroded into pity in the eyes of many. In patently over-the-top comedic fashion, the episode asks if we are anything beyond the hatred that sustains us. But the episode also nimbly finds room to once again reveal our priorities, even. For Rick, despite his better judgment, that is often the faint spark of connection.

Rick and Morty persists not only for its inversion of sci-fi tropes, clever pop culture riffing and raw hilarity. It continues to hold our interest in a way few shows do because it knows we are all capable of great and terrible things. It knows that the only thing that makes the crushing isolation bearable is connection and the hope that we are loved. It is the show’s innate darkness that keeps us enthralled in between gags and punchlines. And, of course, a heaping helping of booze-induced belches while watching Jan Quadrant Vincent 16.

Rick and Morty Season 5 will premiere June 20 on Adult Swim. 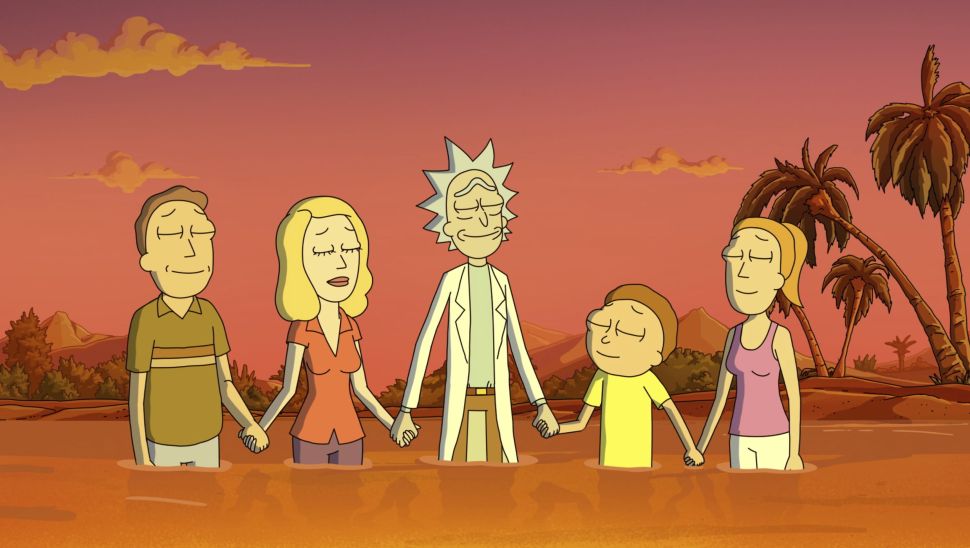