Cryptocurrency has recently been embraced by major auction houses as a payment option when it comes to hot new digital ephemeralities like NFTs, but recently, Sotheby’s announced that cryptocurrency will also be accepted in exchange for a particularly noteworthy object: a 101.38-carat diamond, touted as the second largest pear-shaped diamond ever to appear on the public market’s main stage. The diamond, which is expected to sell for approximately $10 to $15 million, is one of several jewels that Sotheby’s has highlighted recently with encouraging results. Last week, Sotheby’s sold a diamond for $2.7 million, setting a new record for the highest price paid for a jewel in an online auction.

According to the auction house, jewels in particular have steadily become reliable commodities: 80% of the white diamonds offered in Sotheby’s Magnificent Jewels auctions in 2021 have been bought, and 30% of buyers in the Sotheby’s luxury sales category are new to the auction house. The 101.38-carat diamond itself is in the grand tradition of pear-shaped diamonds, which are some of the most significant within history. For example, the pear-shaped, 530-carat Great Star of Africa is the largest faceted colorless diamond in the world; it’s currently being housed in the Tower of London.

Sotheby’s elected to call the diamond in question ‘The Key 10138’ because keys are historically symbols of power and freedom. “This is a truly symbolic moment,” Wenhao Yu, the Deputy Chairman of Sotheby’s Jewelry in Asia, said in a statement. “The most ancient and emblematic denominator of value can now, for the first time, be purchased using humanity’s newest universal currency. Never was there a better moment to bring a world-class diamond such as this to the market.” 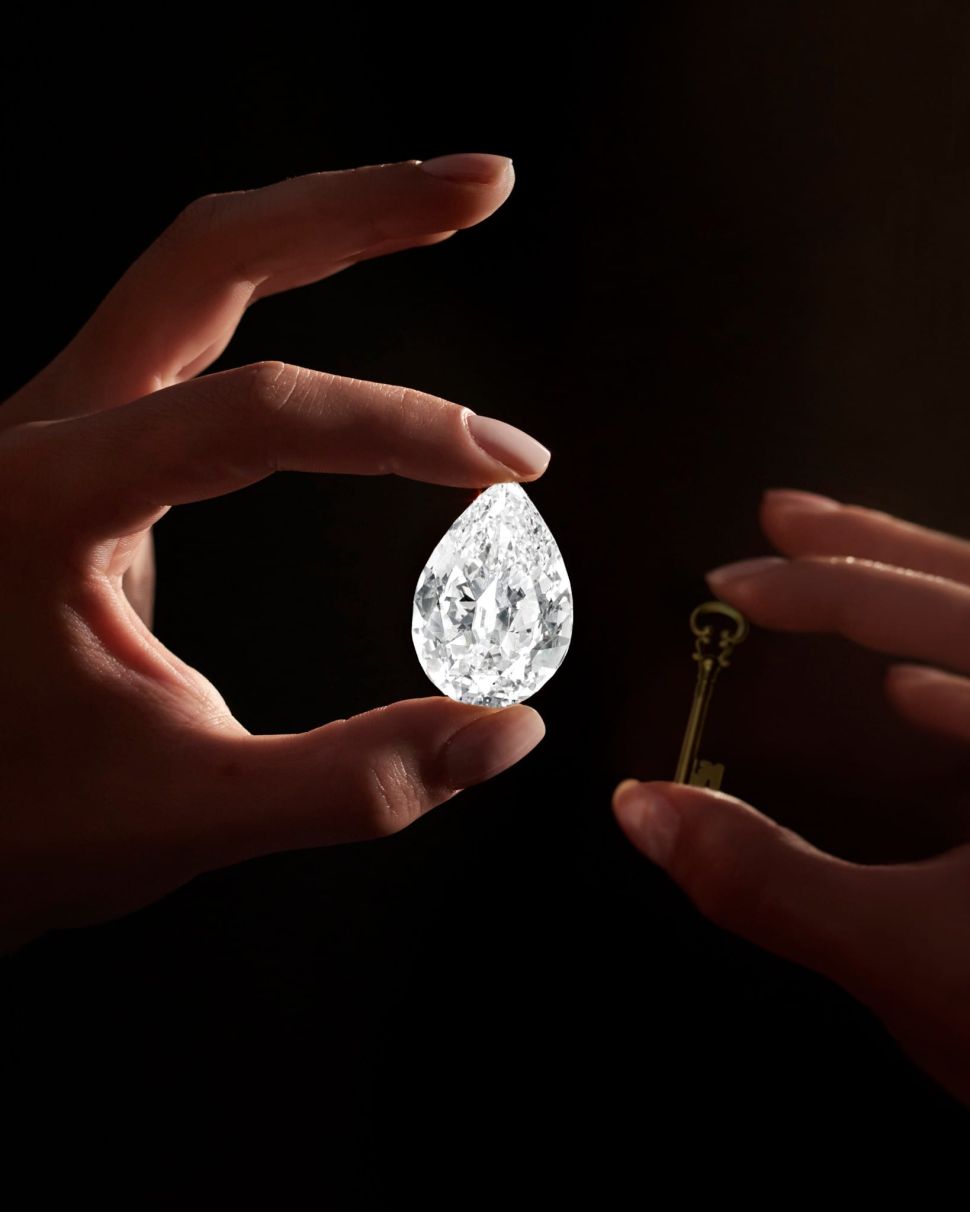