In the previous year, the services that museums provided were largely denied to the public as facilities were shut down, educational programming was slashed and art became something you could only really access on your laptop and smartphone. Now, as the world opens back up, people are clamoring for museum exhibitions that will make them feel refreshed, invigorated and challenged after many months of death and turmoil. Some of these shows stare directly at the chasm caused by the pandemic; others, in a spirit of transcendence or fascination with the heavens, have little to do with the chaos of life on Earth at present. Regardless, museums are back, and they’re hoping you still have time for them.

When the pandemic first descended upon the world and shocked nearly everyone to the core, certain activists and artists were swift to point out that the crisis had many things in common with the emergence of AIDS, which decimated an entire generation of queer elders only a few short decades ago. This summer, MoMA PS1 is hosting a survey examining 30 years of work produced by the artist Gregg Bordowitz, who’s lived with HIV for over half of his adult life. Bordowitz devoted much of his work to pushing back against government inaction in the face of AIDS and produced extraordinarily intimate filmed portraits of people suffering from the disease; he also collaborated extensively with ACT UP in the hopes of making life better for his community.

“Cauleen Smith: We Already Have What We Need” at the Houston Museum of Contemporary Art, Houston (July 15)

In 1998, the artist Cauleen Smith released a debut feature film called Drylongso which examined the societal hostilities faced by Black men. In the years since, Smith has utilized many different mediums to explore the transformative powers of imagination, as well as Black cultural histories that deserve more attention than they’ve gotten. We Already Have What We Need employs a kaleidoscope of different forms — film, sculpture, textiles, drawing, etc. — in order to illustrate both the urgency of Smith’s call for change and the multitude of still-unexplored realities we could have access to.

“Dave McKenzie: The Story I Tell Myself at the Whitney Museum of American Art, New York (May 1)

Through video and text but primarily performance, Dave McKenzie excels at opening up little rifts in daily life through which the glitter of new behavior can be detected. For the Whitney-commissioned performance Disturbing the View, McKenzie choreographed a kind of dance around the museum’s facade in which he disappears and reappears; sometimes windows are obscured, sometimes not. The Story I Tell Myself is a compiled presentation of the artist’s filmed performances and public experiments paired with work by the artists who informed his output: Felix Gonzalez-Torres, Bruce Nauman, and Pope.L are among them.

“Invisible Sun” at The Broad, Los Angeles (May 26)

There are ongoing questions about how best to respond to the Covid-19 disaster on the scale of a museum exhibition: which single compilation of artwork could come close to encompassing the breadth of sorrows that have engulfed the world over the last few years? To The Broad’s endless credit, they’re attempting just such a project with Invisible Sun, a group exhibition including a combination of works from the collection and new acquisitions. Jenny Holzer’s Under a Rock will allow patrons to sit on 10 granite benches and contemplate an LED sign; Julie Mehretu’s Congress offers an escape in the form of abstraction. By casting a wide net, the institution seems to be prioritizing creating a rich bouquet over cohesiveness.

Rayyane Tabet is a Beirut-based artist whose architecturally informed work frequently involves repetition, historical research and a reverence for untold stories about civilizations of the past. Deep Blues, Tabet’s first commission at a US museum, began with a visit by the artist to a former IBM manufacturing facility in Rochester, Minnesota; from there, Tabet traced the building’s architect until he uncovered a web of other connections that informed the multipart sculptural installation that he then produced. With Tabet, visual sparseness is always informed by deeply personal textual acquisition.

Any time James Turrell does something new, it’s always an event: Kanye West’s Jesus Is King IMAX film was set inside the artist’s Roden Crater installation, and Turrell’s latest Skyscape installation will be hewn into the foothills of Pikes Peak in Colorado this summer. However, if you can’t make it all the way out west, consider making time for the debut of the artist’s largest free-standing circular Skyspace to date. Entitled C.A.V.U., the Skyspace has been placed on the MASS MoCA campus in a repurposed tank, and its oculus will open at certain times of day in order to incorporate the natural light of the sky.

In 2020, artist Shaun Leonardo’s exhibition The Breath of Empty Space, which consisted of Leonardo’s drawings depicting state-sanctioned violence and trauma inflicted upon Black, Indigenous, and People of Color, was revived at MASS MoCA. The exhibition was originally supposed to take place at MoCA Cleveland, but it was unceremoniously cancelled without the artist’s input. Now, Leonardo is launching a new, interactive exhibition in MASS MoCA’s freshly established community engagement space. You walk… uses visual prompts like two-way mirrors and fake views from installed windows in order to invoke memories of transient experiences with viewers. By doing so, Leonardo wants you to reevaluate how you engage with other human beings.

“Brie Ruais: Movement at the Edge of the Land” at the Moody Center for the Arts, Houston (June 5)

Five years ago, Brooklyn-based artist Brie Ruais struck out for the west, looking for renewed inspiration and a total change of pace. She found a home in the Great Basin Desert of Nevada and began to use her body to trace marks on the earth. Movement at the Edge of the Land, the artist’s upcoming exhibition at the Moody Center for the Arts, runs parallel to these themes: Ruais uses her own physical features and body in order to create clay sculptures that evoke a visceral connection with both the land, and hopefully, ourselves.

What to say about Cézanne that hasn’t already been said? The painter celebrating for bridging the gap between Impressionism and Cubism was as good at producing still lifes as he was at conjuring congregations of bathers, and now, the Museum of Modern Art is showcasing his lesser-known watercolor and pencil works. “Drawing is merely the configuration of what you see,” Cézanne once wrote, plainspokenly. It’s clear that by developing an acute and exacting power of sight, the artist was able to embellish and elaborate upon his visions in order to delight the rest of the world. 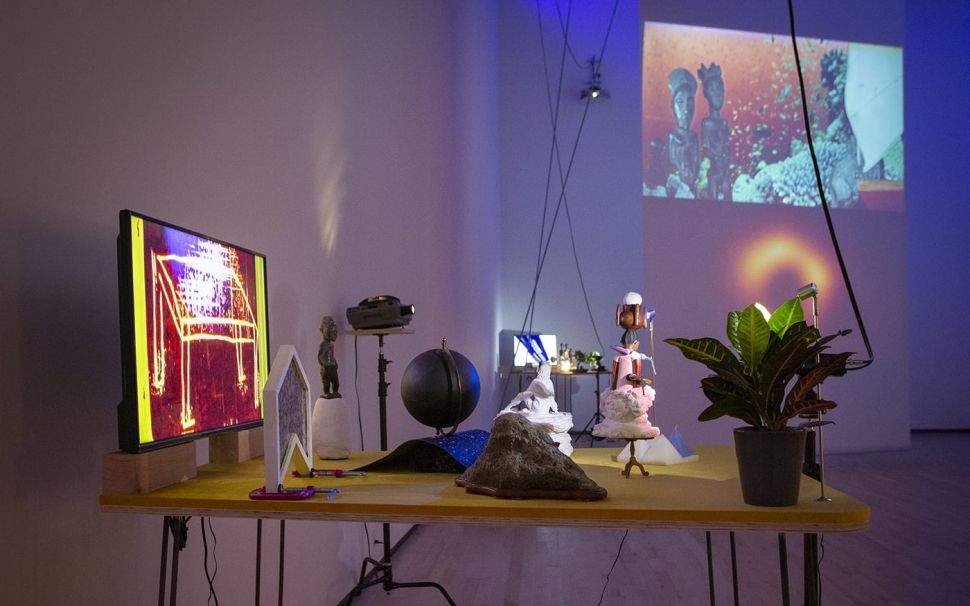