As the world returns, so do galleries and museums, television series, films, live theater, opera, and live performances. We’re lucky for all of the options yet already overwhelmed with the return of lunch dates, offices, and other typical activities while processing the last year. Even though we may be facing forward into the future, it’s important to take the time for escape and entertainment. With this in mind, Observer has gathered the best in film, television, theater, visual arts, performing arts, and book releases this season.

The world is moving full speed ahead, are you with it? You may not be there yet, or maybe you’ve been there a little too long, but whatever your relationship is to our ever-changing realities we can always binge a TV show, read a book in the park or on the beach, or make time to see a show with a friend.You’ve made it here, to this (hopefully) vaccinated summer where all feels possible and open. Funnily enough, most things are open, and we at Observer have made it incredibly easy for you to know where to be this summer.

The 2021 summer movie season seems to carry an air of momentousness. After all, we didn’t get our summer movies last year, not in the way we have every summer of our lifetime. Suddenly things seem to be looking up with a slate of new releases we’re excited to see in theaters. Yes, we are once again getting superhero fare, but we are also getting intense family dramas, quirky adult-centered fantasy, physics-defying horsepower operas and even a documentary from Questlove. And thanks to the flurry of holdovers that were bumped off last year’s slate by the pandemic, several movies have had audiences hyped for nearly a year. For once, it really feels like we will have a choice at the multiplex this summer, and not just between different movies that go boom (not that there is anything wrong with that). That fact alone promises to make the 2021 summer movie season a memorable one, even for those whose initial steps back into theaters will be tentative ones.

Vaccination numbers are rising, New York City once again feels alive again, and the weather is finally, mercifully beautiful. The last thing anyone wants to do after more than a year inside is remain glued to their couch. But the television industry, much like time, marches ever onward. Entertainment has been our escape throughout the pandemic and, in many ways, it can now also reflect our liberation. Summer is ripe with new and returning series like Sweet Tooth, Loki, Ted Lasso and more that offer a peek into our collective mindset as we begin the arduous journey of normalization.

We have a lot to be grateful for this summer, especially the fact that Shakespeare in The Park returns with Merry Wives put on by the Public Theater. This summer is special though because as unique and as notable as Shakespeare in The Park is, theaters are opening doors again to much-missed audiences. Kraine Theater, spit&vigor, and Brick Theater offering in-person experiences. Don’t fret, there are still many live-streamed and accessible theater productions occurring online, or dually in-person and online. We have made it easy for you.

In a world of NFTs, it’s important to remember we now live in a time where we can go see art safely again, all across the country museums and galleries that have survived the economic turbulence want you back. Not only do they want you back, but you want to be back! From new shows at The Broad, MoMA PS1, the Fundacion Pablo Atchugarry, The Hole, and more, it only goes to show that the art world intends on returning with a bang.

Lovers of the performing arts have been itching for the return of live performance, the glamour, the beauty, and the all-around emotionality of expression. Luckily for all of us as vaccinations become common, so has the reappearance of live performances. Experimental performances abound such as On Site Opera’s The Road We Came to returns of old favorites such as Alvin Ailey American Dance Theater. Even Lincoln Center welcomes audiences back, which optimists would hope is a sign that live performances are back and here to stay.

Nothing quite brings solace or joy in times of uncertainty, even hopeful uncertainty, as books. As we enter the vaccine summer, everyone needs the perfect read to escape the overwhelming bustle of drinks and catchups; we all need books for the beach. Luckily for you, we have brought together a fantastic collection of books released this summer that you will want for long train rides to Riis Beach. With new works from Honoreé Fanonne Jeffers, Ashley C. Ford, Sabina Murray, and more, there is something for every literati. 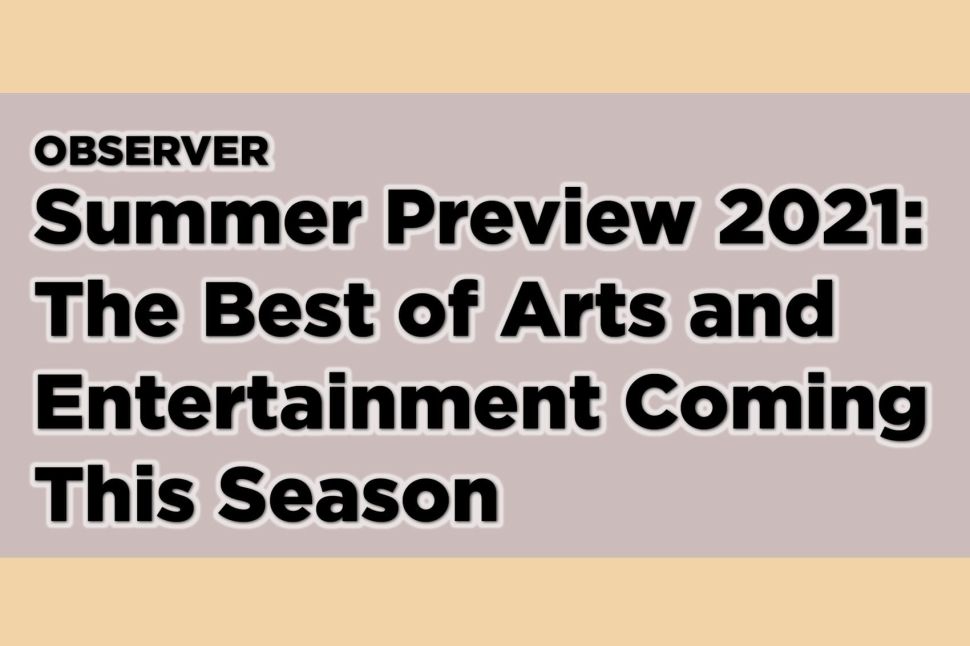