Throughout the pandemic, the city of Venice has grown more vulnerable than ever, and now, prominent museum directors and celebrities have signed an open letter written by Venetian Heritage director Toto Bergamo Rossi that implores Italy’s leaders to protect the city. Signed by Richard Armstrong, the director of the Guggenheim Museum in New York and Gary Tinterow, the director of the Museum of Fine Arts in Houston, the letter specifically demands that a long-postponed flood barrier project be prioritized, and that support for local renters interested in commercial and long-term residential properties should be put in place.

Additionally, the letter draws attention to the ongoing problem of cruise ships; when massive cruise liners approach Venice, they deploy massive amounts of which contribute to the erosion of the city’s buildings. Not only that; research has also found that cruise ships emit large amounts of pollution that are both damaging to Venice’s stone and to its human inhabitants.

In fact, in recent years, the problem of erosion has become so acute, a group of scientists working on behalf of the Factum Foundation for Digital Technology in Conservation came up with a novel solution for preserving what’s left of Venice: creating a “digital avatar” of the city using a light-detection and ranging scanner.

Celebrities that have signed the letter include rock star Mick Jagger, the UK artist Anish Kapoor and Academy Award-winning actress Tilda Swinton. Venice has always been the type of romantic city that attracts huge, enthusiastic crowds; in the abstract, there’s really nothing wrong with groups of people wanting to fawn over a floating municipality with so much history and cultural value. However, severe flooding in recent years has made experts wonder whether it’s still safe to exhibit art in Venice, so potential visitors should also be made aware of just how much damage they might doing just by showing up. 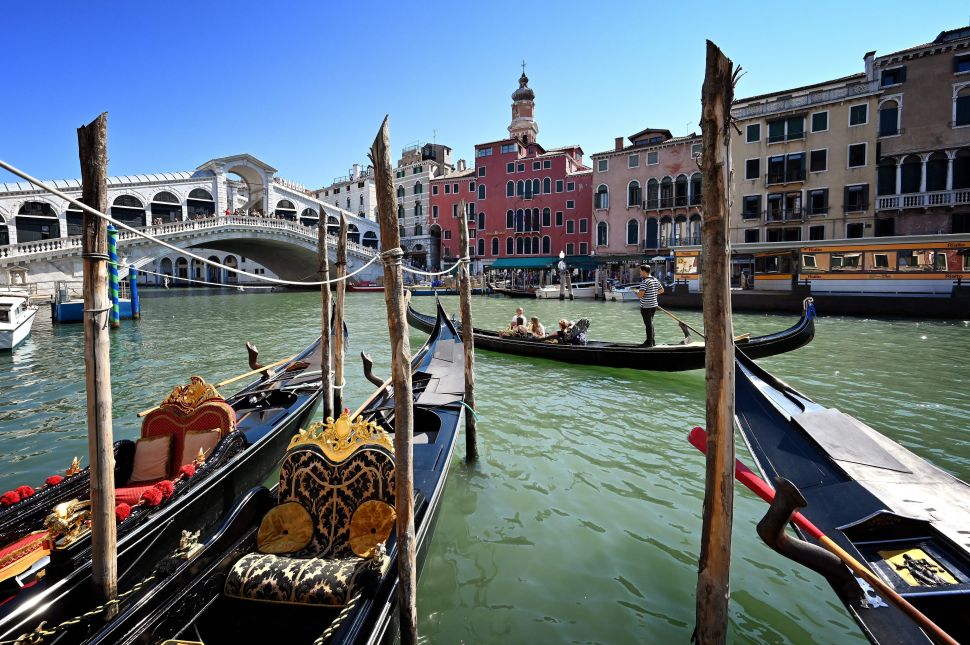