Warren Buffett is cutting ties with the Bill and Melinda Gates Foundation in the wake of the power couple’s tumultuous divorce that has led to an impending leadership change at America’s largest nonprofit.

The 90-year-old philanthropist said Wednesday he will resign as the trustee of the Gates Foundation, stressing that his role at the foundation wasn’t operational in the first place and that he’s leaving all outside corporate board seats.

“For years I have been a trustee—an inactive trustee at that—of only one recipient of my funds, the Bill and Melinda Gates Foundation (BMG). I am now resigning from that post, just as I have done at all corporate boards other than Berkshire’s,” Buffett said in a statement. “My goals are 100 percent in sync with those of the foundation, and my physical participation is in no way needed to achieve these goals.”

Along with the resignation, Buffett also announced Wednesday a $4.1 billion gift to five foundations, including the Gates Foundation, as part of his annual giveaway.

“Today is a milestone for me,” Buffett said. “In 2006, I pledged to distribute all of my Berkshire Hathaway shares—more than 99 percent of my net worth—to philanthropy. With today’s $4.1 billion distribution, I’m halfway there.”

To date, Buffett has donated about 236,000 shares of Berkshire stock, worth $41 billion, through 16 annual gifts. He still owns 238,624 shares after the latest donation. That stake is worth about $100 billion today thanks to Berkshire’s soaring stock in 2021.

Buffett noted that his donations over the years had led to only about $.40 of tax savings per $1,000 given. “That’s because I have relatively little income,” he explained. “My wealth remains almost entirely deployed in tax-paying businesses that I own through my Berkshire stockholdings, and Berkshire regularly reinvests earnings to further grow its output, employment and earnings.”

Bill and Melinda Gates announced their divorce in early May after being husband and wife for 27 years. The former couple said they would remain co-chairs of the Gates Foundation, which manages a $50 billion endowment. But a few weeks later, The Wall Street Journal reported that Melinda Gates was pushing for the foundation to hire outside directors and form a board. 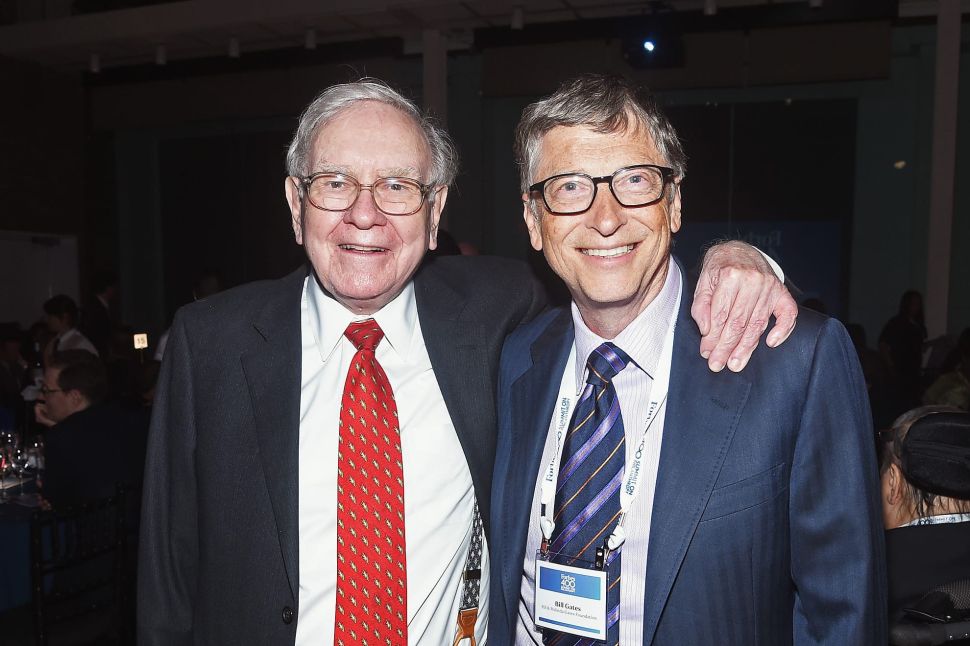