This week, paranormal fans can anticipate a delicious heart-rate escalation with The Conjuring: The Devil Made Me Do It, featuring a formidable concoction of murder and demon possession. And Stephen King’s Lisey’s Story also brings the supernatural to the foreground, reimagining the author’s 2006 novel. Other notable names gracing streaming platforms this weekend include Lin-Manuel Miranda, Lisa Kudrow, Clive Owen and Julianne Moore. Observer Entertainment is here to make sure you don’t miss the weekend’s biggest releases with our latest streaming guide.

The Conjuring: The Devil Made Me Do It

The spine-chilling third sequel of The Conjuring series lands on HBO Max today, with Vera Farmiga and Patrick Wilson returning to reprise their roles as paranormal investigators Ed and Lorraine Warren. Now, the couple will investigate a real-life case in which a man claimed that demon possession led him to commit murder. Watch The Conjuring: The Devil Made Me Do It on HBO Max.

Voiced by a dynamic Lin-Manuel Miranda, Vivo follows the adventures of a rainforest honey bear on a mission to deliver a love song from Havana to Miami on behalf of beloved owner Andres. The animated film is directed by The Croods filmmaker Kirk DeMicco and Brandon Jeffords and features Zoe Saldana, Brian Tyree Henry and Nicole Byer. Watch Vivo on Netflix.

We Are Lady Parts

The Peacock comedy We Are Lady Parts follows the comedic triumphs and pitfalls of an all-female Muslim punk rock band whose musical repoirtore include the likes of “Ain’t No One Gonna Honor Kill My Sister But Me” and “Voldemort Under My Headscarf.” The six part British series is written, directed and produced by Nida Manzoor and centers on microbiology Ph.D. student Amina Hussein, recruited as lead guitarist in the band. Anjana Vasan, Sarah Kameela Impey, Juliet Motamed and Faith Omole star in the series. Watch We Are Lady Parts on Peacock.

Hulu’s latest original documentary Changing the Game follows the athletic careers of Sarah Rose Huckman, Andraya Yearwood and Mack Beggs, transgender teens nationally recognized for their achievement in sports. The film documents the formidable obstacles posed against the athletes, from state laws forcing them to compete against the wrong gender to national backlash claiming an “unfair advantage” in their wins. The film is directed by Michael Barnett. Watch Changing the Game on Hulu.

Famed author Stephen King adapted his novel Lisey’s Story into an Apple TV+ limited series, released today. Directed by Pablo Larrain and starring Julianne Moore and Clive Owen, the series follows writer Lisey as she grieves her relationship with late husband Scott, bound by secrets and childhood trauma. As Lisey taps into her creativity in the midst of mourning, the series weaves in thematic elements of marriage, grief and the supernatural. Watch Lisey’s Story on Apple TV+.

From comedian Mae Martin, Feel Good explores the challenges of navigating gender and sexuality in the modern era. As recovering addict and comedian May finds herself in a new and overwhelming relationship with girlfriend George, the couple must confront issues of gender identity, sexual fluidity, sexual abuse, addiction and fame as a united front. The comedy series also stars Charlotte Ritchie and Lisa Kudrow. Watch Feel Good on Netflix. 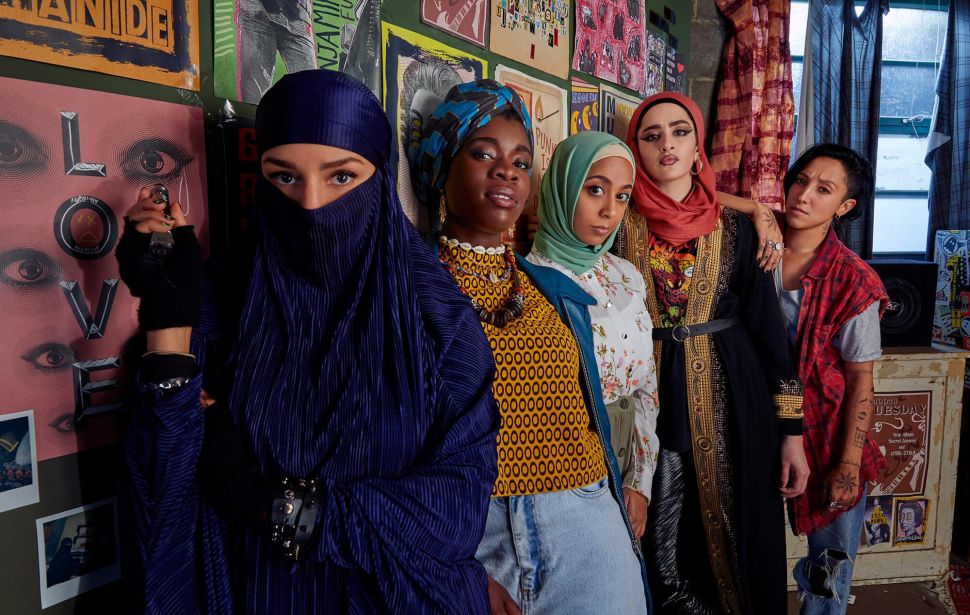