It should come as no surprise to anyone that Prime Ministers and wealthy shipping magnates would get along swimmingly, and Sir Winston Churchill and Aristotle Onassis liked each other so much that Churchill once gifted Onassis a painting the former had produced called The Moat, Breccles. In June, the painting will be offered at Phillips’ 20th Century and Contemporary Art Evening Sale, and the canvas serves as a striking representation of Churchill’s lifelong painting hobby that helped him weather many depressive storms. Additionally, the painting was produced by Churchill in 1921 and remained a part of his personal collection for approximately decades. It’s estimated to sell for between $1.5 million and $2 million.

When Onassis received the painting, he apparently wasted no time in giving it a home befitting of its elite status. The shipping magnate displayed the painting his super yacht the Christina, where it hung in the saloon area next to paintings by other greats such as El Greco, Pissarro, Gaugin, and Vermeer.

“Two of the most influential figures of the 20th century, Churchill and Onassis formed a remarkable friendship, which Churchill sought to honor by gifting a work that he treasured in his own private collection for forty years,” Jean-Paul Engelen, the Deputy Chairman and Worldwide Co-Head of 20th Century & Contemporary Art, said in a statement. “Long thought to have been lost, The Moat, Breccles was in fact aboard the Christina and is now being sold by the Onassis Family a century after its creation and fifty years after it was generously gifted by the statesman to the family.”

Anything affiliated with Churchill tends to do well at auction: earlier this year, a pair of velvet slippers belonging to Churchill went on the auction block in West Sussex and went on to sell for almost £40,000. Additionally, in March, the only Churchill painting made during World War II was sold by Angelina Jolie via Christie’s in London for approximately $11.5 million. 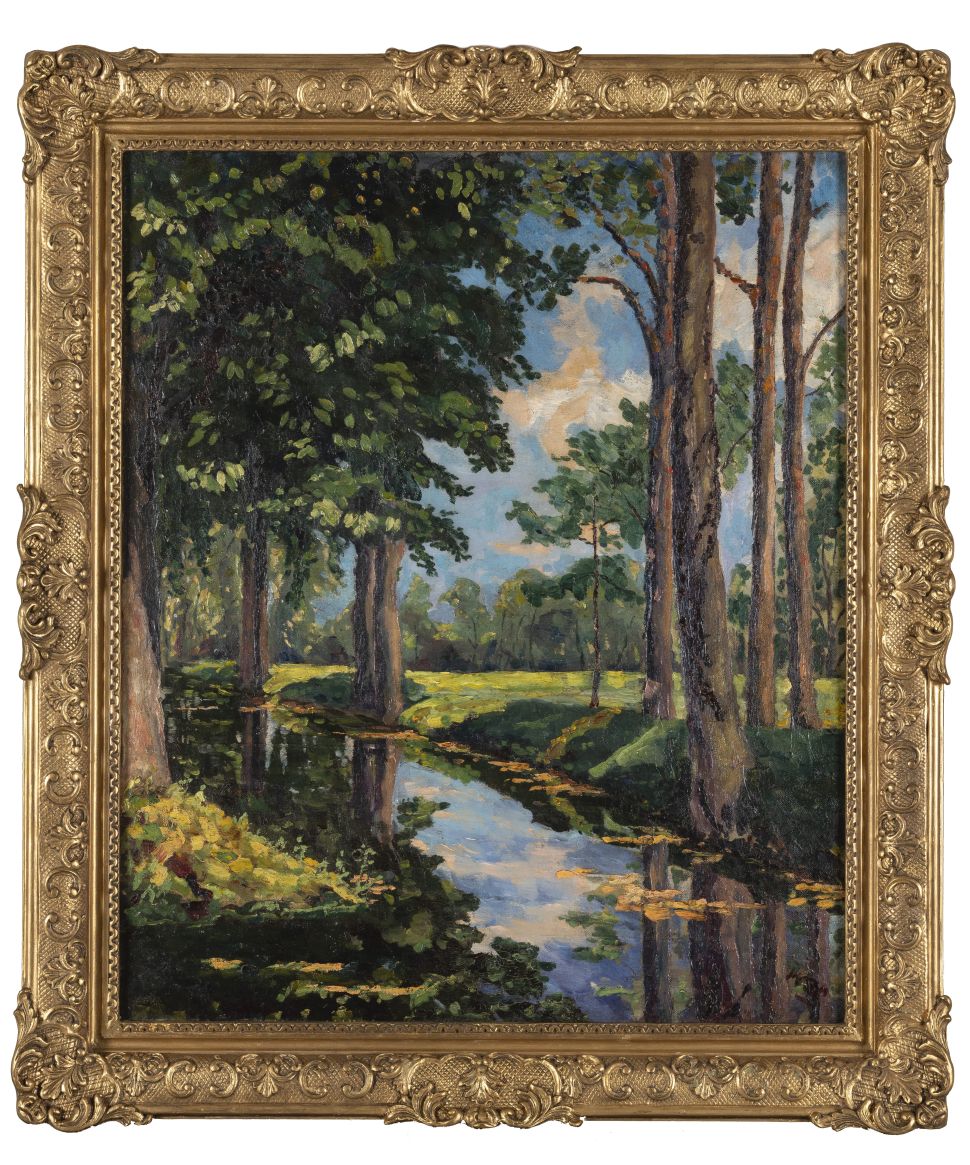