Last Thursday, a complaint was filed in Manhattan’s Federal District Court insisting that Skanda on a Peacock, a Cambodian Khmer sandstone statue dating back to the 10th century, was stolen from the country and eventually secured in the grasp of a collector known for being accused of smuggling looted artifacts. As such, the statue has since been transferred into the possession of the Department of Homeland Security, and it will eventually be returned to Cambodia. In recent years, New York institutions have redoubled their commitments to returning stolen or looted artworks to their countries of origin.

In the case of the Khmer sandstone statue, Thursday’s complaint stated that the original theft was carried out by the member of the Khmer Rouge, the armed wing of the Communist Party of Kampuchea that ruled Cambodia from 1975 through 1979. The theft was carried out by an individual who was, at the time, leading a group within the Khmer Rouge that was responsible for looting artifacts from temples and other significant sites within the country. Some of these sculptures then reportedly found their way into the possession of the Bangkok-based collector Douglas A.J. Latchford, who was accused in 2019 of conspiring to smuggle looted Cambodian antiquities.

Skanda on a Peacock is, in particular, of “great historical, religious and artistic significance to the people of Cambodia,” Audrey Strauss, the U.S. attorney in Manhattan, said in a statement. “We reaffirm our commitment to ending the sale of illegally trafficked antiquities in the United States.” Back in June, the Metropolitan Museum of Art announced that it will be returning two 16th century brass plaques, Warrior Chief and Junior Court Official, and one 14th century brass plaque, Ife Head, to Nigeria. Around the world, other institutions are also investigating the validity of their own collections, and interrogating their rights to retain what was clandestinely acquired. 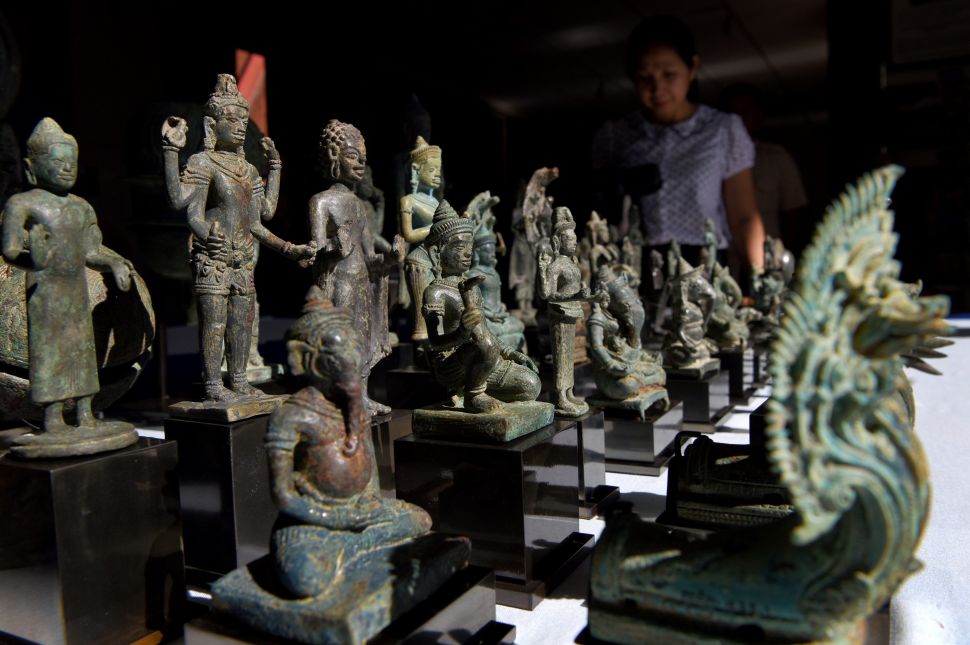