ABC’s Modern Family became a must-watch sitcom during its eleven-season run from 2009-2020. Its lovable humor combined with feel-good family moments made it worth anyone’s time. However, as with any TV show these days, the writing did not come free of the occasional “controversial” remark from audiences.

We use “controversial” in the loosest sense of the word. As the millions of Modern Family viewers can attest, the vast majority of the show’s jokes are lighthearted and harmless, albeit perhaps inappropriate in the context of, say, a sex-ed class. Nonetheless, there are a select number of individuals who took serious offense to these jokes, to the point where they filed a formal complaint with the Federal Communications Commission (FCC).

The FCC is responsible for overseeing and regulating what is aired on broadcast television. If any American so chooses, they are able to submit complaints to the FCC regarding anything they may see on air. Observer filed a Freedom of Information Act request approximately four weeks ago for complaints about Modern Family (and we’re not the first ones). In return, we received ten pages of complaints filed involving the show, dating from September 2015 to the present.

These complaints range in specific topics, but most viewers were concerned with content from the show they deemed “explicit” and unfit for young eyes.

There are more highlights, capturing some of the more prominent issues exasperated viewers had with Modern Family.

Though we can’t argue that Modern Family is about family (obviously), this doesn’t necessarily mean it’s made for viewers younger than, say, 10 years old. A viewer from Pennsylvania seems to disagree, however: “I was watching the TV show Modern Family and one of the characters said the word ‘son of a bitch’… This is unacceptable for a family tv show… This needs to be addressed more because its [sic] the young children that re [sic] affected.”

Other viewers were appalled at the amount of so-called “nudity” the show was comfortable with airing. “Fox 23 channel 5 at 6:30 PM was view modern family. They showed a mother and father chest was nude and part of the legs,” said an Oklahoma resident.

In response to “Modern family… man removes robe to show he was naked,” this Arizonian claims they “[were] like what the heck.” Fair enough.

Lastly, a complaint from a Chicagoan not only brightly illustrates the complainant’s own homophobia, but also a touch of their ableism as well: “I continually see a push for blatant homosexuality almost on every news show, showing gay people kissing… Just like they have warnings with violence and nudity, people have the right to know if a TV show has homosexual imagery in it so parents can keep their children from seeing the ‘popped in’ SUPRISE! [sic]” They ice the cake by claiming, “I have a young Autistic child, 13 years old and he is confused as it is!” Something tells me he’s not the problem here. 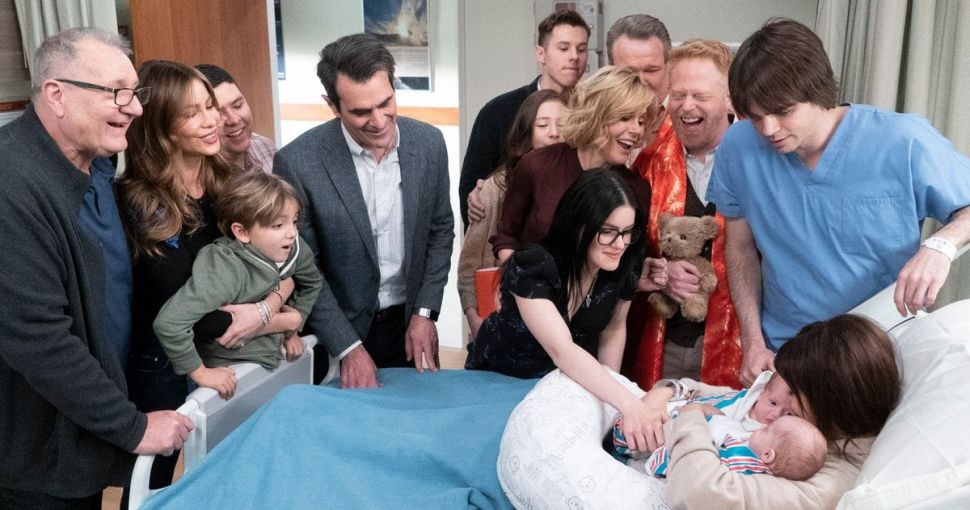