Throughout the COVID-19 pandemic, Silicon Valley’s tech giants have written the playbook for setting workplace rules in times of crisis. Many of them have plans to bring employees back to the office this fall. But with the new Delta variant fueling a resurgence of coronavirus cases across the U.S., this timeline is now in question.

Apple, whose pandemic workplace policies have influenced many Silicon Valley companies, is pushing back office reopening from September to October at the earliest, according to Bloomberg. The iPhone maker is also urging its retail store workers, vaccinated or not, to wear masks, said people familiar with the company’s internal policies.

Apple had dropped its mask mandates in June. CEO Tim Cook told employees at the time that they should begin returning to the office by early September for at least three days a week. The announcement prompted strong backlash; thousands of employees collaborated on a letter urging Apple’s leadership to adopt a more flexible work-from-home policy, to which Cook’s chief of retail and people Deirdre O’Brien responded by saying “in-person collaboration is essential to our culture and our future.”

Some of Apple’s employees have worked from the company’s Cupertino campus throughout the ongoing pandemic. Most West Coast tech giants have partially opened their offices to allow employees to return voluntarily. Many of them have similar re-opening timelines, but with less strict in-person attendance requirements. 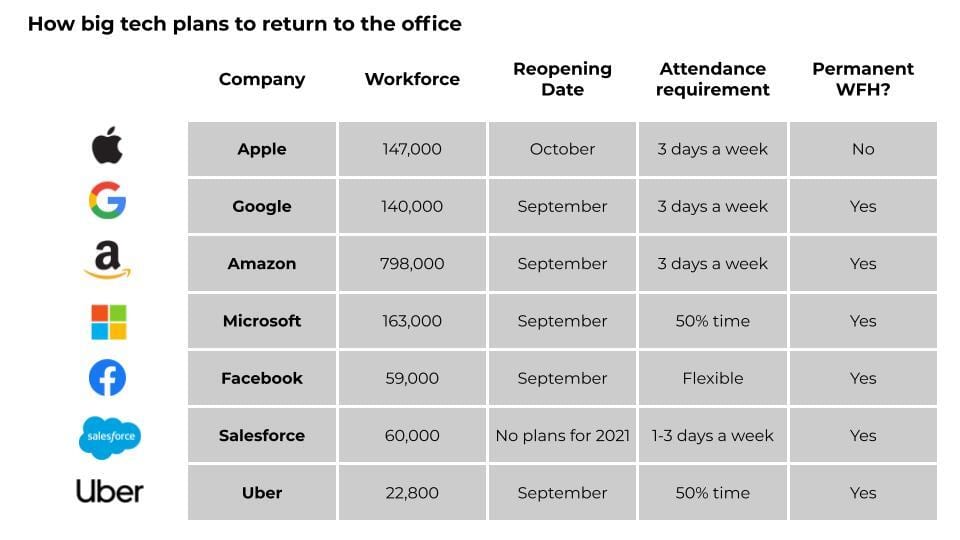 Google, for example, plans to bring 60 percent of its workforce back for a few days a week beginning in September. But nothing is set in stone yet. “Because the situation remains dynamic, we continue taking a phased and deliberate approach to safely bringing more people back to the office where we can,” the search giant said in a statement in March.

Amazon, Microsoft and Facebook aim to fully reopen in September as well. But all three companies promise to allow certain employees to work remotely permanently depending on the nature of their jobs.

Last year, Facebook told employees most of them could work remotely forever (although some may have to take pay cuts depending on where they work from). CEO Mark Zuckerberg said he expects half of Facebook’s 60,000-person workforce to shift to remote work within the next five to ten years.

Apple is by far the most strict on in-person attendance. But now that it’s delaying return-to-office, smaller companies are expected to follow the suit.

“We were supposed to be back on July 1 and we postponed our back to office
plan to three months later. Now it will be October or November 1,” Bochen Wang, who runs a 15-person financial services startup in the Bay Area, told CBS San Francisco.

A June survey of 1,000 human resources professionals carried out by the Society for Human Resource Management (SHRM) revealed that half of U.S. organizations are concerned about the Delta variant and said it could affect their reopening plans.

The Delta variant is at the center of the latest wave of COVID-19 infections. Over the past week, the U.S. has reported an average of 32,287 new cases each day, more than double what the seven-day average was 10 days ago, according to the Johns Hopkins data. The CDC estimates that 83 percent all sequenced COVID-19 cases in the U.S. are the Delta variant. 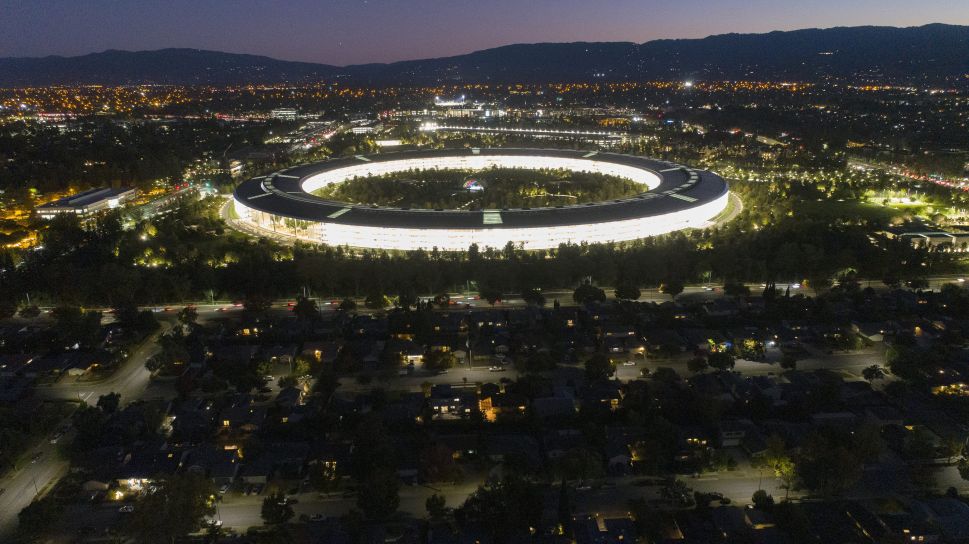