“There is no doubt that it is the return of the live auction format on the traditional auction calendar that explains the growth in the first semester this year versus last year,” Christine Bourron the chief executive of Pi-eX, said in a statement. Nevertheless, it’s indisputable that virtual auctions, the advent of NFTs and the skyrocketing popularity of authenticated blockchain artwork also hugely contributed to the large bump in sales numbers that auction houses are currently enjoying.

Specifically, new data also indicates that NFTs of all kinds have generated $2.5 billion in sales in 2021 so far, with $150 million in sales generated on the OpenSea NFT marketplace in June alone. If these trends continue, auction houses have latched upon a lasting income stream that could supplement or even eventually dominate their additional sales of more traditional artworks. Inarguably, the biggest thing to happen in the auction world so far this year was Christie’s sale of an NFT by Beeple, a net artist who found himself skyrocketed to fame when his artwork sold for $69.3 million. This is likely only the first of many mammoth sales to come. 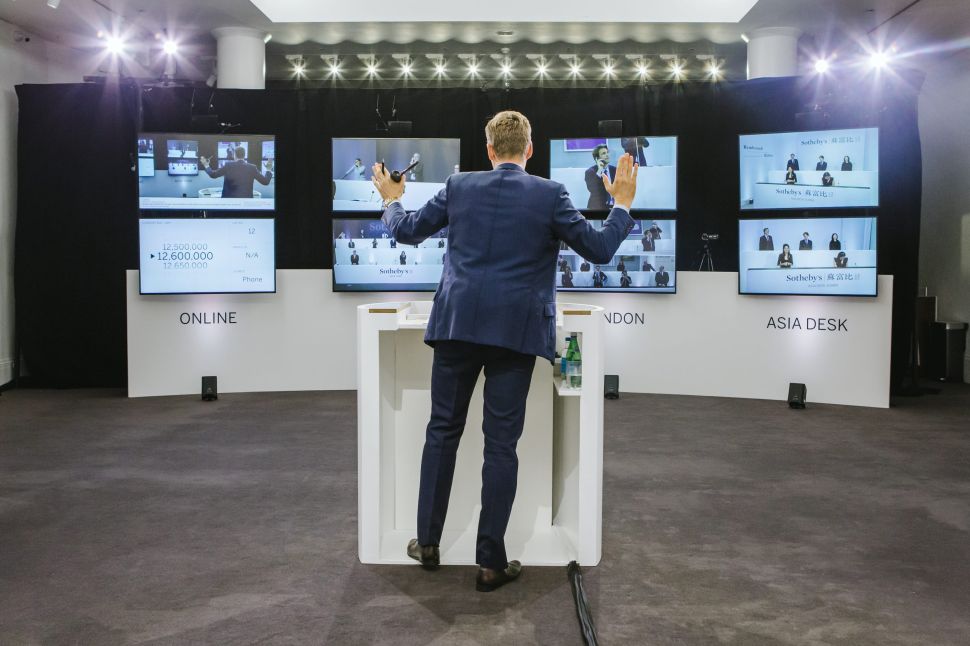