Fully self-driving cars are still years away from becoming reality, but companies built on the promise of delivering such a technology are claiming sky-high valuations through mergers with the so-called “special-purpose acquisition companies,” or SPACs.

The latest to join the SPAC boom is Aurora Innovation, the Silicon Valley startup that absorbed Uber’s self-driving unit last year. Aurora announced Thursday that it will go public later this year through a reverse merger with Reinvent Technology Partners, a SPAC launched by LinkedIn cofounder Reid Hoffman and Zynga founder Mark Pincus.

The SPAC is apparently on a mobility tech acquisition spree this year. In February, Reinvent entered an agreement to acquire the flying car startup Joby Aviation and take it public in a deal valuing the combined company at $6.6 billion.

The Aurora merger is expected to fetch $11 billion at the time of public debut. The deal is expected to close before yearend and provide the combined company with $2.5 billion in cash.

“This is a no-brainer for us to be in the mix,” Pincus said of the Aurora acquisition in an interview with CNBC. “It represents everything we are looking for in the autonomous vehicle market.”

Aurora was founded by a group of former engineers from Google, Tesla and Uber in 2016. Like Google’s spinoff Waymo, a frontrunner in “Lidar”-based self-driving technology, Aurora started out developing a robotaxi service. About a year ago, it shifted focus to build self-driving software for commercial trucks as a solution to a growing shortage of truck drivers in the U.S.

Since then it has scored multiple lucrative partnerships with leading truck manufacturers, including Volvo and PACCAR, parent of Peterbilt and Kenworth.

Aurora plans to have its autonomous driving software “Aurora Driver” integrated into Volvo and Paccar class 8 trucks by late 2023 and generate revenue on a per-mile basis. These two companies alone represent about half of the U.S. Class 8 truck market.

“This is a natural next step for us,” Aurora co-founder and CEO Chris Urmson said of the SPAC deal in Thursday’s announcement. “This will unlock the capital we need to deliver the Aurora driver as a service at scale.” 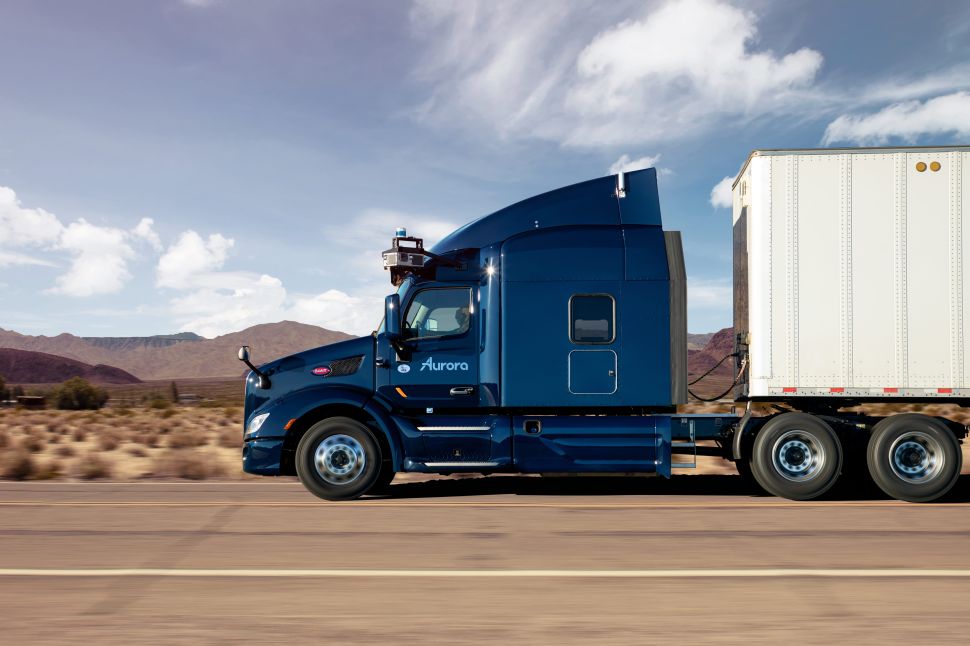