When Lydia Lunch fled home at 16 in 1976, she stepped off a Greyhound and dropped anchor in the New York underground. Taking over a loft left empty by Kitty Bruce (the daughter of social critic and satirist Lenny Bruce), the teenage runaway sought freedom and found her calling in the art scenes of the Lower East Side.

Upon her arrival, the unconventional, user-unfriendly performances featuring the stripped-down, discordant sounds of no wave bands Suicide and Mars at Max’s Kansas City signaled a new vehicle to express her rage, inspiring her first band Teenage Jesus and the Jerks. Parallel, and not a reaction to, the punk movement of the mid-’70s, the no wave movement was less accessible and more boundary-breaking than the three-chord blues-biting structures of either rock ‘n’ roll or punk. Nihilistic, anti-authority, and concerned with cadence and mood above all else, the abrasive, confrontational nature of Lunch’s spoken word poetry– delving deep into topics of incest and sexual abuse– unnerved audiences and triggered future collaborations.

Lunch’s peer, the prolific no wave filmmaker Beth B has chronicled the career of this provocative, whirlwind creator in Lydia Lunch: The War is Never Over (a line from Lunch’s spoken-word piece “Conspiracy of Women”). The film features archival footage and vintage photographs of the well-documented Lunch, as well as her own narrative and testimonies from her contemporaries (including musicians Thurston Moore and Donita Sparks and transgressive artists Ron Athey and Kembra Pfahler). Shifting at hyper speed between the past and present moment, it captures Lunch’s feral and sometimes frightening nature, as she leads with her identity, speaking truth to power while reflecting on her own humanity and experiences caught in the universal cycle of abuse.

Prior to the pandemic, in November 2019, the film opened at DOC NYC where this conversation with Beth B began; since then, through email, this Q & A ensued.

How did this project start, and why did you feel it was important to make this documentary?

My last documentary in 2016 was about my mother, artist Ida Applebroog. It was a deep exploration into her work as an artist, but also tapped into some of the traumas I’ve held onto for many years. Much of my work has been about wrestling with my past and trying to find a reconciliation with my childhood and with the dysfunction in my family; trying to break the disturbed behaviors and patterns that do necessitate a daily conscious battle with myself. It’s something I struggled with in silence as a young child and then turned it into a creative act that was filled with rage and assault toward my audience. Eventually, I learned that humor and seduction were far more effective tools to open hearts and minds, so I now craft my work in a distinctly different way. It’s only become clear in recent years how my work and Lydia’s work over 40 years has traversed parallel lines that expressed our outrage and the need for change. I called Lydia and said, “Let’s go to lunch, Ms. Lunch” and we did. That was the beginning of LYDIA LUNCH – The War is Never Over. Bringing her voice to a larger audience seemed critical in this time when #METOO has come to light after we’ve been shouting about this shit for 40 years. It seemed critical to give some historical perspective to this moment in time when women are finally able to nail their oppressors to the wall…truly a small drop in the bucket in regards to patriarchal misdeeds, but something.

Relentlessness is one of the most highlighted themes throughout Lydia’s life. What is relentlessness? How does Lydia express it? How do you?

Relentlessness is doing it against all odds; doing what you’re told you’re not supposed to do; saying what you are thinking without censoring oneself; even when you’ve been kicked and shut down and sent to your room to await punishment…we both persevere and won’t take no for an answer. As an independent filmmaker I have to be ruthless, persistent, tenacious. I usually make films on my own. I don’t get traditional funding, so I do crowdfunding. After doing one of those fuckers you really know what it means to create against all odds. It’s finding ways to continue to be creative and get the work out even when you don’t get the support and after 45 years of working like that, I sometimes feel beat up and teetering…can I do it again? That’s relentless.

When did you meet Lydia? How has your relationship with her evolved, and how did you know you were the right person to tell this story?

Lydia Lunch was 19 and I was 23 when we met in the late ’70s New York music/film/art scene and brought our radical visions to the underground where we broke boundaries, simultaneously shocking and enticing our audiences with our uncensored music and films. Fast forward to a year ago, as I watched the ever brash and luminous Lydia Lunch performing, I realized that I needed to make the definitive documentary about Lydia. With the current explosion of women stepping out of their silence regarding sexual harassment in the workplace, it was critical to continue to expose the patriarchy, sexual abuse, the cycle of violence, and corporate greed with stubborn resistance. What better way to do this than to make a film about Lydia. She was one of the first to step into the light to speak about these abuses of power. Each of us has continued to drill deeply into subjects too taboo for most and the instigation is always about provoking questions. Knowing Lydia and working with her for 40 years seemed like a profound foundation for creating an honest and searing portrait of her life and work. Lydia is not simple; the contradictions are many and this was the challenge…how to make a film that could peel away the layers of her confrontational persona to reveal the profoundly humorous, intelligent, poetic and compassionate person that she is. And, the film does this—it reveals new insights into the psychological and physical disturbance that drives Lydia. She is a complex character – a controversial, willful and dramatic outsider artist.

I was lucky enough to see the premiere in New York. What do you feel like the response was in NYC, and what have the responses been like in other places?

It’s been interesting seeing the film with different audiences. In New York, most of the audience was in the know, in the scene, already inducted into the church of Lydia so they came with their own relationship to her and her work. I think people were surprised at how deep the film digs in, not only into her history, but also into the psychology of Lydia. Some people come thinking they’re going to see a biopic. This is nothing of the sort. That would be appalling. I knew I needed to inform, but also reveal and expose. The film takes people into uncomfortable, vulnerable places that become highly personal and thereby their idea of Lydia unravels and at the same time broadens. In the European screenings we’ve done, it’s very different. The film is more revolutionary and revelatory because many in the audience have not been exposed to Lydia, so there has been a reverberation through the crowd – this is something quite new and yet with so much history. In Paris, by the end of the film, the audience was visibly shaken with an emotional intensity that I could feel in myself as well, even though I’ve seen the film many times.  It was almost like we became a theater of witnesses to Lydia’s trauma and struggle and we were there with her, cheering her on, feeling a kind of healing that was palpable. That was quite profound.

In what ways has making this documentary supported themes in your life’s work?

My career has been characterized by work that challenges society’s conventions, and that focuses on recasting and redefining concepts relating to the mind, the body, and women’s issues. The film frames Lydia’s music and performance through the lens of these various philosophical themes that have obsessed both of us for years: sex, violence, drugs, deviance, porn, feminism, misogyny, lust and love. As I am first a visual artist, I was interested in creating a visual representation of Lydia’s life alongside the architectural landscape of city, mind and body with fast cutting archival performance footage and photographs. I think that it creates a cacophony of ecstatic disruption and chaos and culminates in a cohesive contemplation of time, place, psyche and soul. It’s always my intention to seduce the audience with a sense of trust, destroy their preconceptions and to then elicit questions. There must always be a takeaway.  I think LYDIA LUNCH – THE WAR IS NEVER OVER does all of what I set out to do…and perhaps more.

Lydia is a prolific and profound artist, but still pretty underground. Do you think there is something about her work that the masses need to understand? Or do you think her work is not for the masses at all?

They’ll just need another 40 years to catch up. 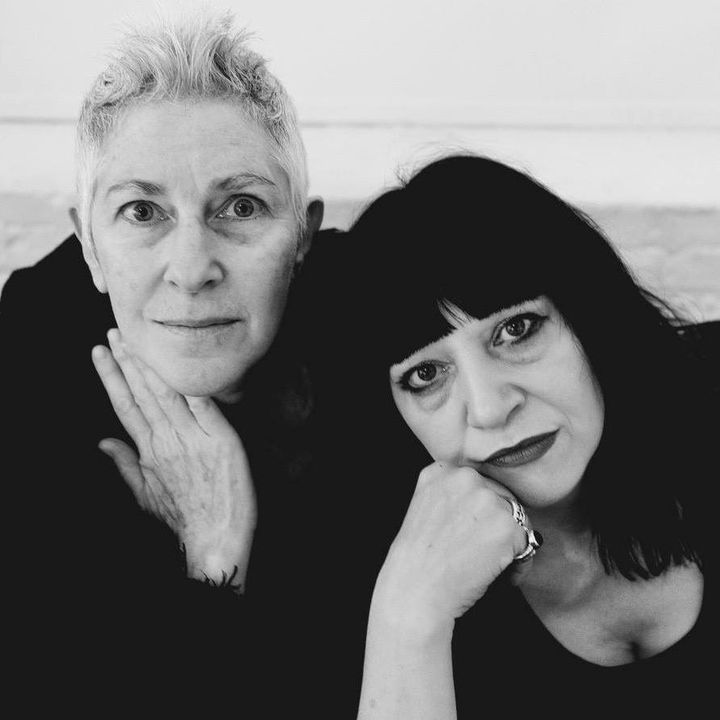