Bob Odenkirk, star of AMC’s Better Call Saul, is reportedly in stable condition after collapsing on set Tuesday morning. Odenkirk, 58, is said to have suffered a heart attack while shooting the sixth and final season of the Breaking Bad prequel spinoff.

According to TMZ, who first reported the incident, “Odenkirk went down, and was immediately surrounded by crew members who called an ambulance.”

“We can confirm Bob is in stable condition after experiencing a heart-related incident,” representatives for the actor said in a statement Wednesday afternoon, per The Hollywood Reporter. “He and his family would like to express gratitude for the incredible doctors and nurses looking after him, as well as his cast, crew and producers who have stayed by his side. The Odenkirks would also like to thank everyone for the outpouring of well wishes and ask for their privacy at this time as Bob works on his recovery.”

The actor’s son, Nate Odenkirk, also took to Twitter Wednesday to reassure the concerned public that his father’s health was trending in the right direction.

He's going to be okay.

The well being of the individuals responsible for the entertainment we hold dear is always the top priority in this industry. Yet after confirming that Odenkirk was in stable condition, audiences have understandably asked what this now means for the production of Better Call Saul.

Season 6 began shooting in Albuquerque, New Mexico in April. Production was slightly more than halfway complete on the final season prior to Odenkirk’s heart attack, THR reports. Shooting was immediately halted in the aftermath of the health scare.

“Bob is someone we have known and been lucky enough to work with for a long time,” AMC said in a statement. “The immediate outpouring of affection and concern from fans around the world is a clear reflection of his immense talents and ability to both move and entertain people. Like everyone else, we are so grateful to know he is in stable condition and receiving excellent care. We are holding him close in our thoughts and wishing for a fast and full recovery.”

In situations in which lead actors are injured, such as when Netflix’s Cowboy Bebop shut down production following star John Cho’s knee injury, it is common for the series to suspend production until it’s able to fully resume. In Cho’s case, production on the live-action adaptation was expected to be halted for seven to nine months. When Tom Cruise broke his ankle while filming Mission: Impossible – Fallout, filming was postponed for roughly three months. The severity of each case is going to differ and result in varied timelines for each production.

AMC and Sony Pictures Television both released statements of support for Odenkirk as he recovers. As of this writing, the question of when production may resume is open-ended.

AMC did not immediately respond to Observer’s request for comment. 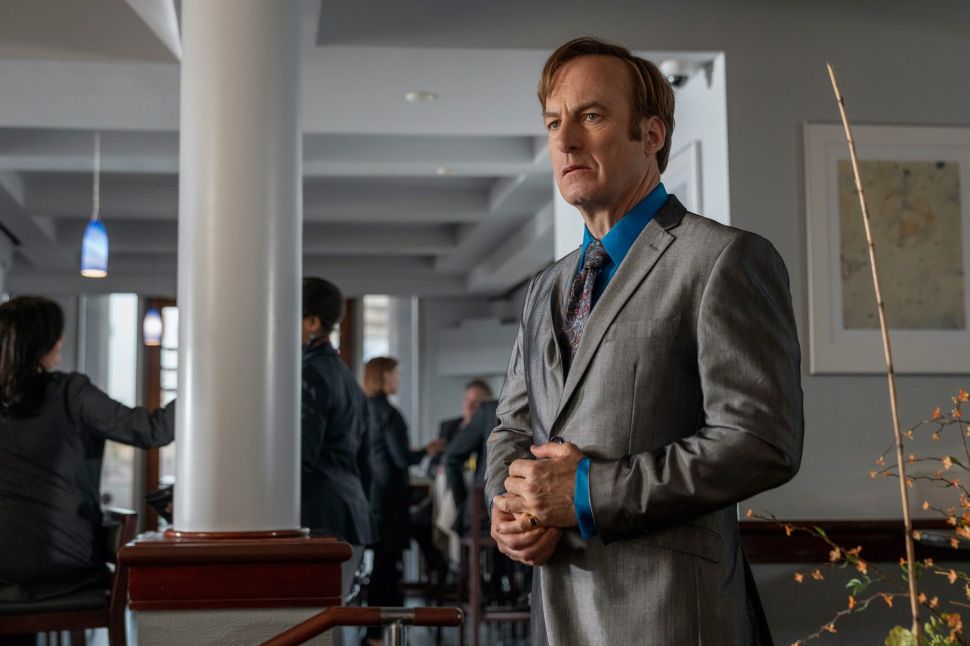