On Monday, New York’s Cherry Lane Theatre, an iconic off-Broadway venue that first began putting on theatrical productions in 1923, announced that it had been sold for $11 million to the Lucille Lortel Theater Foundation. Angelina Fiordellisi, the Cherry Land Theatre’s executive director, will continue to helm Cherry Lane Alternative, which is a nonprofit producing group. The Cherry Lane Theatre, which consists of the main stage and a studio theater, will continue to produce new programming under management by the Lucille Lortel Theater Foundation, but a new roster of shows has not yet been announced.

“It has been a great run,” Fiordellisi said in a statement. “To stand on the stage where so many of our greatest artists, crews and theater providers have stood is to know what theater history feels like.” When COVID-19 first began rearing its ugly head last year, Broadway productions and theaters alike began being shuttered for, initially, approximately a month. Of course, as the pandemic dragged on, Broadway and off-Broadway theaters realized that they’d have to put long-term shutdowns in place if any theaters were going to survive.

As such, things remained fairly unilaterally closed down until the governor announced in May that Broadway would reopen and be able to stage full productions again on September 14th, 2021. Whether Cherry Lane Theatre will be immediately joining the throng of new Broadway productions remains uncertain, but the theater is currently staging a run of Get on Your Knees, an extremely well-regarded production about the history of oral sex by the comedian Jacqueline Novak.

At the very least, it can be said that Cherry Lane Theatre was home to countless incredible productions since its inception as a theater. Before the space became a playhouse, it first served as a brewery, a tobacco warehouse and a box factory. 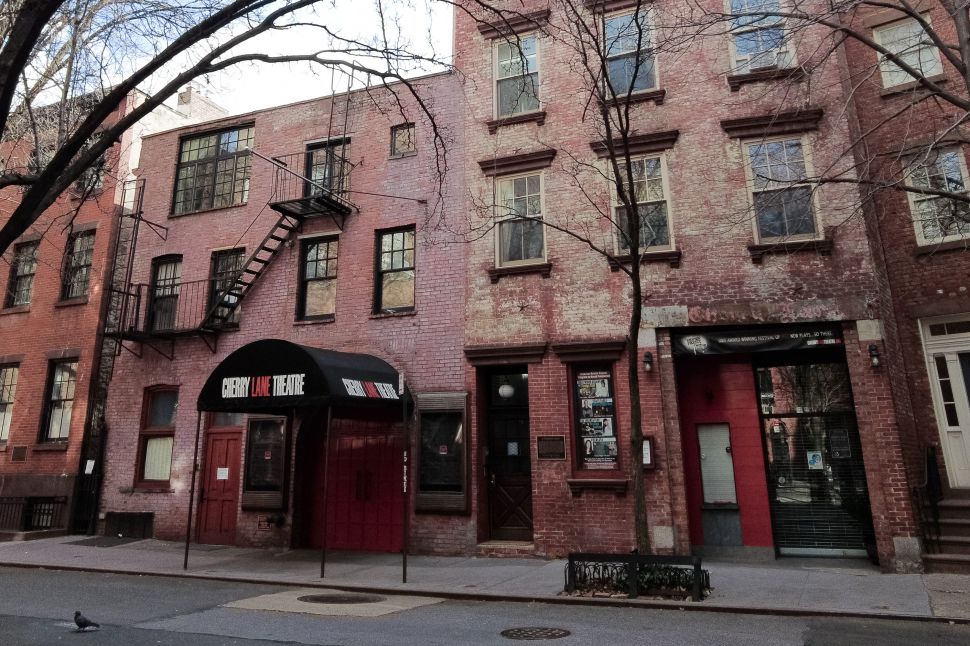