A wave of sudden and sweeping government crackdowns on a group of Chinese internet companies listed on U.S. stock exchanges has taken investors by surprise and led to panic sell-offs globally.

Chinese authorities over the weekend announced a set of measures targeting private-sector tutoring companies, looking to turn them into non-profit entities and ban them from listing on foreign exchanges and raising capital.

Those already listed overseas will likely face restructuring, although details are still unclear. Shares of major industry players tumbled on Friday after a leaked memo warned about a crackdown on the sector. Sell-offs continued on Monday after new regulations were announced.

“The worst-case became a reality,” JPMorgan analysts told clients in a note on Monday. “It’s unclear what level of restructuring the companies should undergo with a new regime and, in our view, this makes these stocks virtually uninvestable.”

The clampdown is part of the Chinese government’s campaign to lower the cost of raising children for the country’s struggling middle class. One piece of the new regulations is a legal business structure known as “variable interest entity,” or VIE, which allows an investor to maintain a controlling interest in a company despite not owning majority shares.

VIE is a gray area in China’s financial legal system used by many privately held startups to raise massive funding from foreign investors.

Private equity funds, including BlackRock, Baillie Gifford, Sequoia and SoftBank’s Vision Fund, are among those badly battered by the sell-off. Baillie Gifford is the second largest shareholder of TAL, owning about 10 percent of its U.S.-listed equity. BlackRock owns significant stakes in TAL and New Oriental.

“I don’t think investors can do any bottom fishing at this point. We don’t know where the bottom is,” Castor Pang, head of research at Core Pacific Yamaichi, said in a note reported by Bloomberg.

Sell-off is also spreading the broader U.S.-listed Chinese stocks as investors fear government actions on more sectors. “I see panic selling in the market now as investors are pricing in a possibility that Beijing will tighten regulation on all sectors that have seen robust growth in recent years,” said Pang.

To protect investors, the Securities and Exchange Commission says U.S.-traded Chinese companies should specifically include the risks of government interference as part of their regular reporting.

“Public companies must disclose significant risks which, for China-based issuers, may sometimes involve risks related to the regulatory environment and potential actions by the Chinese government,” Allison Lee, who served as acting head of the SEC from January to April, said in an interview with Reuters on Monday. 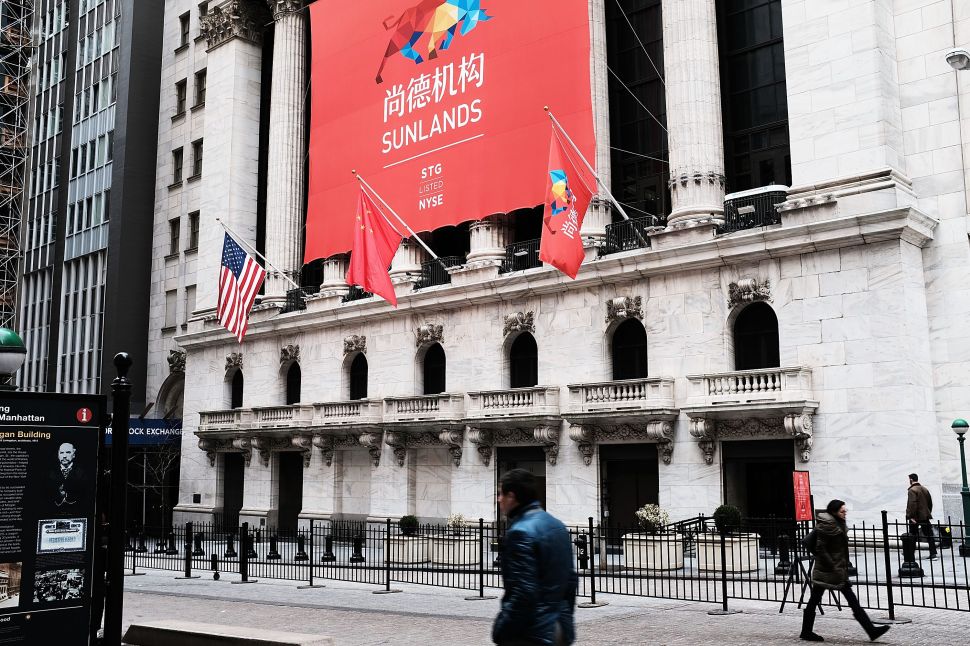