A statue of Meriwether Lewis, William Clark and Sacagawea tracking at their side was taken down off its plinth in Charlottesville, Virginia on Saturday, making it just one of several offensive or colonialist statues that have been taken down in the city in recent days. Over the weekend, the city also took down statues of Robert E. Lee, Confederate general Stonewall Jackson and a statue situated at the University of Virginia campus. The latter statue depicted George Rogers Clark, a Revolutionary War General, running towards three Native Americans.

The statue of Lewis and Clark and Sacagawea depicts the latter bowed at the side of the two men, and this depiction of the explorer’s physical submissiveness did not sit right with many residents of Charlottesville. “It was a very offensive statue, and not only did it delineate me as a Native American, it delineated our women and their role in society,” said Rose Abrahamson, a Native American woman who made her opinion known in a recent Charlottesville City Council meeting.

The removal of Confederate statuary from their plinths across America has become an issue that’s stirred up heightened emotions for years; in Charlottesville, civic desire for the removal of such statues was overwhelmingly exacerbated by the 2017 murder of protestor Heather Heyer at the hands of a white supremacist.

The Charlottesville City Council will temporarily put the removed statues in storage until it’s decided what to do with them, and city officials have stated that they’re willing to hear from “any museum, historical society, government or military battlefield interested in acquiring the statues, or either of them, for relocation and placement.” The removal of offensive statuary in Charlottesville has sparked deserved joy amongst its citizens, but there’s still a lot of work across the country left to do. 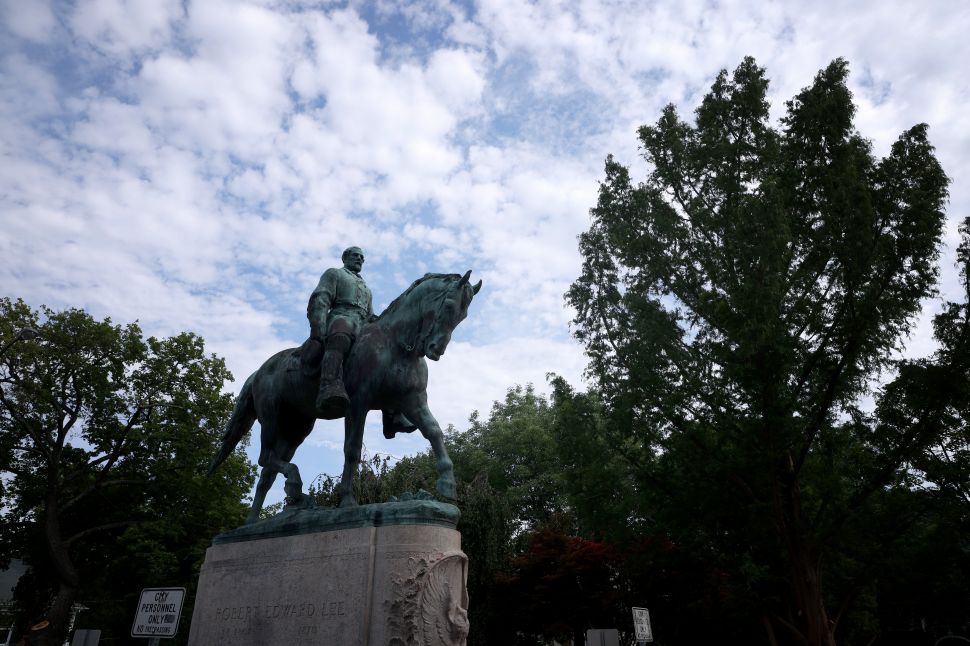