In 2019, Disney set an industry box office record with upwards of $12 billion in global ticket sales. It was a mammoth year for the Mouse House, which unloaded a deluge of major blockbusters into the calendar year as a way to funnel as many high-profile films to Disney+ (launched November 2019) as quickly as possible. So the record-breaking Avengers: Endgame ($2.798 billion) and Star Wars: The Rise of Skywalker ($1.0 billion) worked as grand conclusions to sprawling franchises while the likes of Toy Story 4 ($1.0 billion), Frozen II ($1.5 billion), Aladdin ($1.0 billion) and The Lion King ($1.65 billion) helped to pad the company’s bottom line. It was Hollywood’s equivalent of winning the Super Bowl and the NBA Championship at the same time.

Since the champagne-popping excess of 2019, however, Disney’s film output has been forced to contend with unprecedented circumstances. COVID-19 laid waste to what was already going to be an experimental year for Disney at the box office. That’s why Jungle Cruise, Disney’s new live-action adventure film starring Dwayne Johnson and Emily Blunt, is even more important to Disney’s reputation as a theatrical heavyweight than any other upcoming tentpole.

The studio has understandably struggled in the face of COVID, as has every other theatrical studio. But these struggles are indicative of a much larger issue facing the Magic Kingdom at the moment. Outside of Marvel and Star Wars, Disney has tried and failed repeatedly to deliver a no-doubt-about-it new live-action hit franchise over the last two decades.

Pirates of the Caribbean (2003) and National Treasure (2004) make the cut. But John Carter, Tomorrowland, The Nutcracker and the Four Realms, Tron: Legacy, The Lone Ranger, A Wrinkle in Time, Prince of Persia, Oz The Great and Powerful, and The Sorcerer’s Apprentice all represent costly misfires that failed to develop into new film series. This has continued to narrow the studio’s viable theatrical coffers, forcing more resources to be invested in a slimming number of wins.

Since 2020, no studio has managed to generate consistent film success and Disney is not immune. Pixar’s Onward was struggling even before theaters shutdown due to the pandemic in March 2020. Mulan faltered in available overseas theaters while marking the first Disney+ Premier Access experiment. Soul was rerouted to Disney+ while Raya and the Last Dragon was an absolute creative win but fell prey to the pandemic’s financial pressures. Cruella has earned $221 million against a $100 million budget, which isn’t a disaster but also isn’t ideal even on a COVID curve. Meanwhile, Black Widow is the fastest film to cross $150 million domestic in the pandemic and stands at $315M worldwide. But its Disney+ Premier Access availability has cut into ticket sales.

Jungle Cruise (which sails into theaters and Disney+ Premier Access July 30) boasts a humorous swashbuckling sensibility, great chemistry between Johnson and Blunt, and some fun world-building elements. It’s not quite as fresh as adults hoping for the next Pirates of the Caribbean may want, and its dry visuals and wonky CGI take away from what the film does well. But it’s charming enough escapist fun and kids are sure to love it. Yet Disney could use more than just a good enough effort. It could use a new line of marquee titles to complement its core brands.

The trifecta of Marvel, Star Wars and future Avatar sequels should theoretically keep Disney at the forefront blockbuster ticket sales. While we won’t bet against Marvel, a resetting of expectations is in order following the conclusion of the Infinity Saga. Not every new feature is going to be a $1 billion home run. The Mandalorian has reinvigorated enthusiasm for Star Wars after the divisive but financially successful sequel trilogy. But it remains to be seen if future films that exist outside of the main saga, such as Petty Jenkins’ 2023 feature Rogue Squadron, will trend more towards Rogue One ($1 billion) or Solo ($393 million).

Yes, Disney still has its live-action remiaginings of classic animated Disney tales. But for every Beauty and the Beast ($1.26 billion) there’s a Dumbo ($353 million) and Pete’s Dragon ($144 million, but still an excellent movie). The Little Mermaid and Snow White are in development, but there’s only a finite amount of marquee animated titles to remake into surefire hits (sequels to Alice in Wonderland and Maleficent both disappointed). It’s not a sustainable strategy. On the animation side, Pixar is being repositioned as a Disney+ supplier, much to chagrin of everyone at Pixar.

Jungle Cruise‘s potential success doesn’t just represent much-needed revenue for Disney’s film division. It can help reinforce the idea that Disney maintains the ability to develop and deliver new must-see features that keep its infamous flywheel model spinning. A viable financial victory shows that Disney can mine IP from anywhere, even additional theme park rides. That hasn’t been the case recently in terms of homegrown titles that don’t originate from outside acquisitions.

If Marvel and Star Wars have peaked and if demand for new Avatar movies has waned in the 12 years since the original, the Mouse House’s live-action cupboards will suddenly appear terrifyingly bare. Should Jungle Cruise become a hit, it may very well be a lifeline in a sea that is growing increasingly and uncertainly choppy. 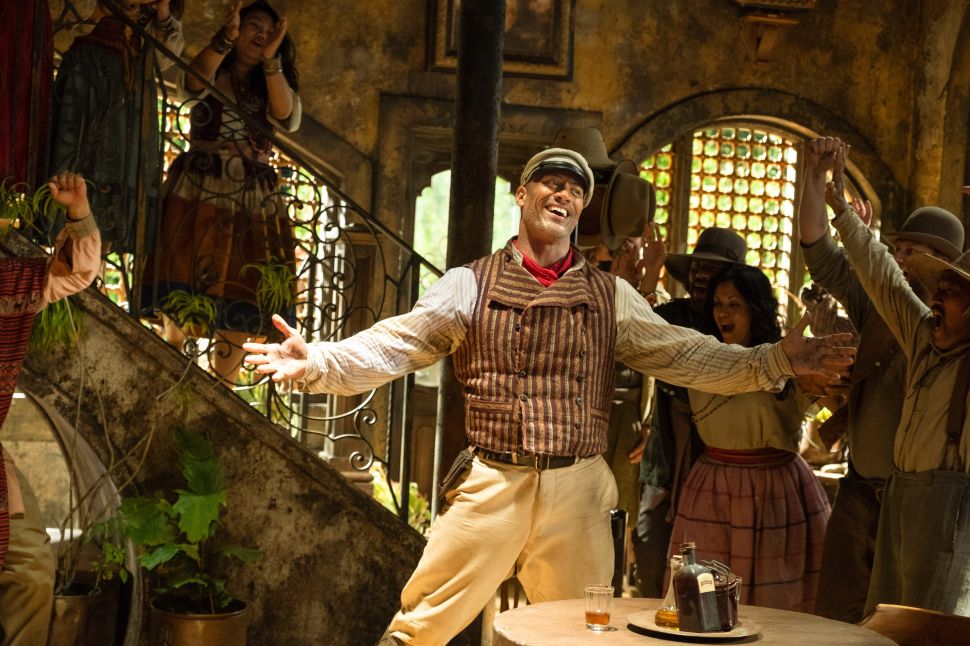