Resisting the urge to view the Trump presidency as a collective fever dream is all the more important when you consider the fact that the man is still very much alive, sentient and saying inflammatory things: on Friday, Trump took the time to mock budding painter Hunter Biden’s art career. At a TPUSA event in Arizona, Trump’s potshots centered around the prices Biden’s work has been rumored to be drumming up. “What about Hunter Biden getting a half a million dollars for painting –and he never painted before– could you imagine if my kids did that?” Trump said. “And now they’re justifying it… No, actually you shouldn’t make it at all, because it’s a bribe. A hundred percent bribe.”

Trump’s words happen to echo burgeoning movements from White House officials regarding Biden’s artwork. In an attempt to avoid criticism from ethics experts who believe Biden shouldn’t be able to cash in on his famous last name in the pursuit of art sales, officials have constructed an agreement wherein the painter’s art sales are kept confidential, even from Biden himself.

“You have good painters, for $250 you can have a portrait done in Central Park — guys with pencils, they do so incredibly, they’re geniuses,” Trump continued last Friday. “Hunter Biden is getting $500,000. It is a bribe. It is disgraceful, and the fake news media is talking about it like it is okay.” The former president has never telegraphed a particular interest in fine art or art history, but his lambasting of Biden’s art career is certainly to be anticipated.

In contrast, Biden has described his art practice as a way to get in touch with “the connection between the macro and the micro, and how these patterns repeat themselves over and over.” Art-making, Biden continued to Artnet, is “not a tool that I use to be able to, in any way, cope. It comes from a much deeper place. If you stand in front of a Rothko, the things that he evokes go far beyond the pain that Rothko was experiencing in his personal life at that moment.” 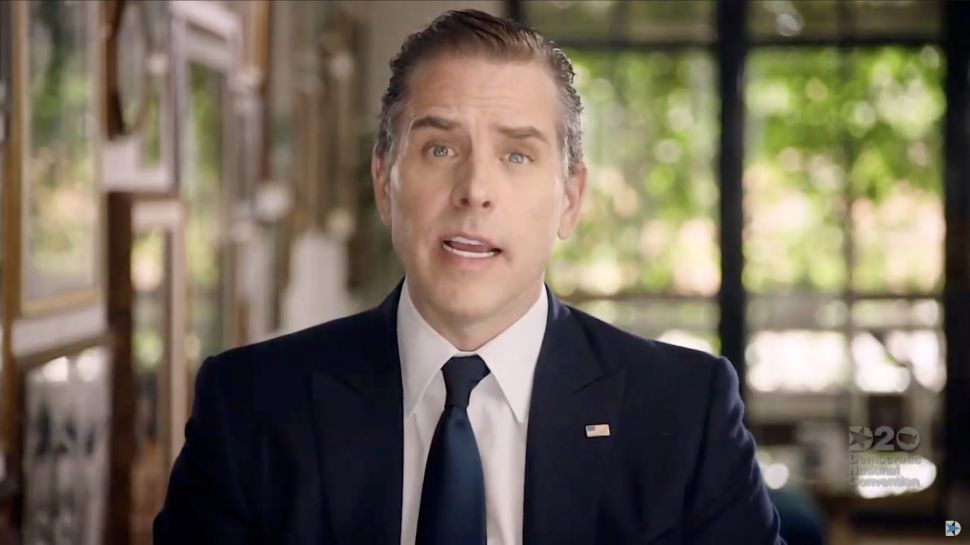