The nostalgia for the early Y2K era has been slowly bubbling to the surface for a while now, complete with a television reboot of Gossip Girl, the return of Sex and the City and, of course, Bennifer 2.0, so it was only a matter of time until the fashion of the early aughts made a resurgence. Yes, the era in which we were strutting around in impossibly low-rise jeans, approximately 14 layers of bronzer, platform flip-flops and Juicy Couture velour tracksuits has found new life, and at this point, is inescapable on the runways and all over social media.

Scroll through Instagram and you’ll see Bella Hadid in a pair of low-rise pants, Emily Ratajkowski in a scarf top and Hailey Bieber in a bucket hat, or peruse TikTok, where you’ll see an entire subculture of Gen Z-ers discovering the joys (or horrors) of butterfly clips, bedazzled trousers and logo-emblazoned tees.

I’m well-aware that fashion is cyclical, and I’m all for bucket hats, baby tees and denim skirts. I’m even into the idea of the going-out top, and full disclosure, I still love my skinny jeans—sorry, Gen Z. Sure, there are a select few early 2000s trends that can be adapted and recreated for the present day, like the teeny-tiny sunglasses and strappy sandals, but I’m just going to come out and say it: there are certain style trends from the early aughts that I very strongly believe must remain buried in the graves of fashion closets past, right there with chunky zebra highlights, frosted lipstick and over-plucked eyebrows.

My aversion to specific early 2000s fashion trends comes from firsthand experience, since I went through my most awkward tween and teenage years in the thick of it, when we were all trying to replicate the lace-up pants, low-rise minis, rhinestone-accented tees and bedazzled bags worn by the era’s trendsetting icons like Paris Hilton, Lindsay Lohan, Nicole Richie, Britney Spears and Mischa Barton. Alas, it turns out that pastel-colored Uggs paired with miniskirts, layered polo shirts and flatironed side bangs weren’t the timeless aesthetic I once thought.

I’ve also never understood why in the era that we were told our uncomfortably tight, flared jeans had to be below our hipbones, we were also bombarded with a surplus of stretchy, ruched tops and dresses, often with some sort of bejeweled accent. Also, why did we insist on layering every single item we owned? Was one chunky necklace really not enough? Did we really need to double up with a dress, jeans *and* a duster?

So I’m here to request that we please, please, leave certain early aughts fashion mishaps firmly in the past, despite widespread attempts to bring these trends to the current style stage. I promise, it’s for your own good.

The early 2000s were all about inexplicably layering approximately 17 items of clothing, and while I’m a strong advocate of always bringing along a sweater, I simply cannot justify any reason to ever wear dresses over a pair of jeans. Alas, practicality wasn’t big in this Y2K era.

This particular looks was big among trendsetters of the early aughts, and even made its way to awards shows and film premieres, like when Mischa Barton wore a stretchy tunic dress over denim flares, or when Anne Hathaway took it a step further, and sported pink knee-length dress over her oh-so-trendy light wash flared jeans. That apparently wasn’t quite enough clothing, as she threw on a dressy brocade coat over the whole look at the Ella Enchanted premiere.

Were we really cold? Was the dress supposed to add a touch of formality to our beloved washed-out denim? I don’t have the answers, but I’m just going to ask that everyone please refrain from layering their formalwear over jeans.

Von Dutch hats were truly all the rage in the early 2000s, with a fanbase that ranged from Nicky Hilton and Gwen Stefani to Ashton Kutcher and Justin Timberlake. Also, me, because my pale pink Von Dutch hat was one of my most prized possessions. I assumed these particular chapeaus had thankfully died a quick death sometime after Punk’d went off the air, but I’m sorry to report that over the past year, I’ve spotted quite a few trucker hats out about about in the wild. I beg of you, please leave these Von Dutch hats in the graveyard of the early aughts.

Lingerie as outerwear is nothing new in fashion, and I’m all for a corset-inspired top or a silky lace camisole. But in the early 2000s, this took a very wrong turn, as the visible thong became an actual real-life fashion trend. The whale tail moment was perhaps an inevitable byproduct of the whole low-rise jeans movement, but it took on a life of its own, with enthusiastic fans like Christina Aguilera and Paris Hilton, along with Halle Berry and Gillian Anderson, who sported a thong-exposing dress to the Vanity Fair post-Oscars party.

I thought we all breathed a collective sigh of relief when this trend faded into oblivion, but alas! Even the whale tail has resurfaced, and yes, I did see Hailey Bieber’s updated take on this at the 2019 Met Gala, along with Bella Hadid’s runway look and Dua Lipa’s street style version. But no, exposed thongs are not acceptable outwear, and I shall not be convinced otherwise!

If anyone has the answer as to why we all felt it was necessary to accessorize a perfectly good (well, probably fine) outfit with an ultra-thin scarf, please let me know! There is truly not a single weather event where the addition of an impossibly skinny piece of fabric will contribute to warmth, but apparently these itsy-bitsy scarves were seasonless, as evidenced by Hilary Duff’s skinny black scarf for an August day in New York. To each her own, I suppose, but I’ll just go ahead and put it out there that I personally won’t be adorning my summer dresses with a skinny scarf anytime soon.

5. Enormous belts worn exclusively around the mid-section or ridiculously low on the hips

Early 2000s fashion wasn’t exactly subtle, so of course an enormous belt was considered a chic accoutrement. It’s not belts in general that I have any issue with, because the right belt can accentuate, flatter and complement an outfit. I also love a frivolous accessory for no reason other than for fashion’s sake. But these oversized belts of the early aughts, which were often adorned with gleaming buckles and heavy metal accents, don’t belong in that category. These particular supersized belts were never actually worn in jean belt loops, and managed to impractical, unflattering and generally ugly, all at the same time. 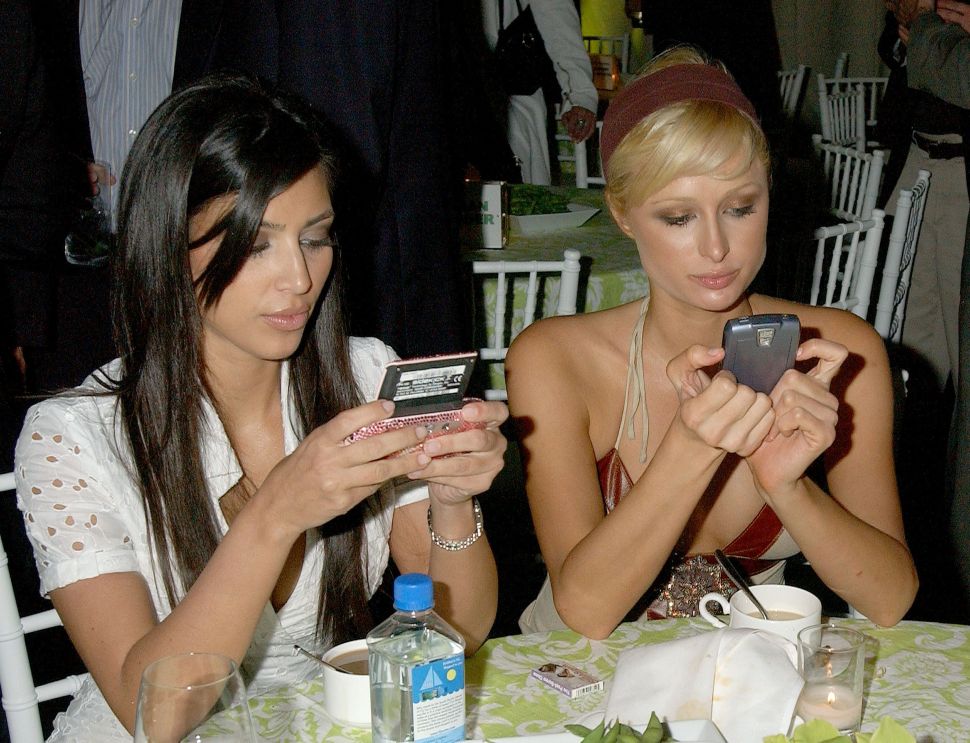