Elon Musk has rounded up his old friends from PayPal and Open AI days to fund his brain-computer interface startup Neuralink’s next phase of experiments to test implantable brain chips in humans and take the company’s first product to market.

Neuralink announced on Thursday that it has raised $205 million in a series C round from investors including PayPal cofounder Peter Thiel‘s Founders Fund, OpenAI CEO Sam Altman, Google Ventures and Dubai-based Vy Capital.

It’s the largest funding round Neuralink has raised since its inception in 2016. The startup has raised a total of $363 million to date.

Neuralink makes a quarter-sized wireless chip that can be implanted into the brain by drilling a small hole in the skull and inserting thin “threads” of electrodes through brain tissue. The first iteration of the device, known as N1 Link, has been tested with some success in pigs and monkeys. Neuralink’s next target will be human trials, exploring use cases in quadriplegics, or people affected by paralysis of all four limbs.

“The funds from the round will be used to take Neuralink’s first product to market and accelerate the research and development of future products,” Neuralink said in a blogpost Thursday. “The first indication this device is intended for is to help quadriplegics regain their digital freedom by allowing users to interact with their computers or phones in a high bandwidth and naturalistic way.”

Neuralink isn’t the only company in the market developing brain-computer interface (BCI) technology. Earlier this week, a New York-based Neuralink competitor, called Synchron, received the FDA’s permission to test its BCI device, Stentrode, in human patients. Stentrode is smaller than a matchstick and less invasive than Link.

In April, the FDA authorized the first brain device falling under its BCI category—a non-invasive robotic wearable called IpsiHand developed by Washington University startup Neurolutions. The wearable is designed to help people disabled by a stroke regain control over their arm and hand function using their thoughts.

Peter Thiel has personally funded a Neuralink competitor called Blackrock Neurotech, a longtime supplier of hardware and software to the neuroscience research community that’s developing its own BCI device.

Thiel and Musk cofounded the company that eventually became PayPal in 1999. The two made their first bucket of gold when PayPal went public in 2002. Musk went on to found Tesla, while Thiel became a full-time venture capitalist.

In 2013, Musk and Altman co-founded the non-profit OpenAI with a goal to develop artificial intelligence in such a way as to benefit humanity as a whole. The organization famously collaborates with researchers and institutions by making their patents and research open to the public.

Musk left OpenAI’s board in February 2018 to avoid potential conflict of interest between OpenAI’s work and Tesla’s machine learning research. 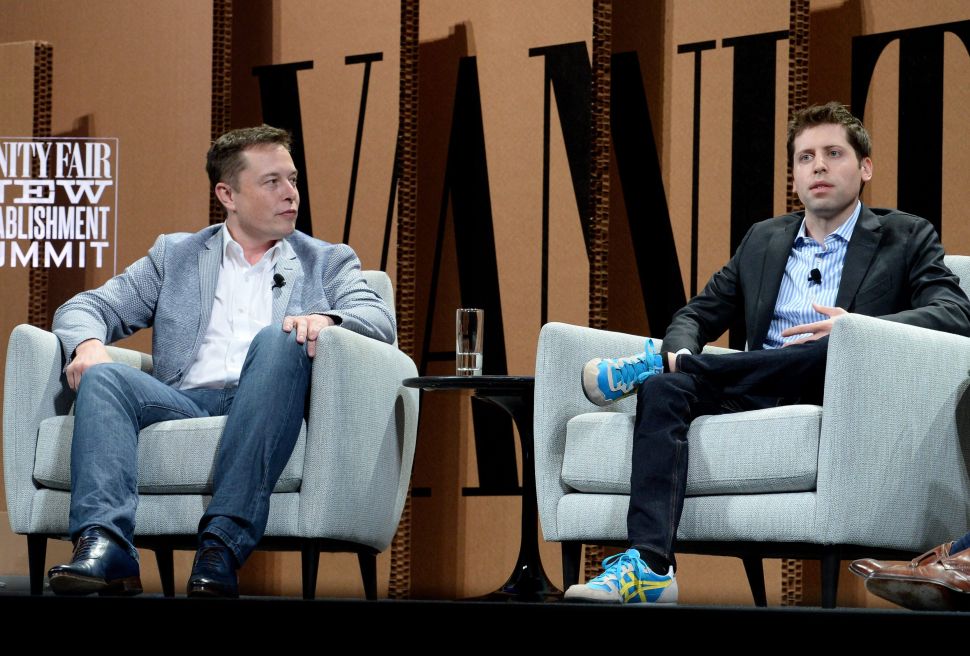